Back in January my friend Erik and I decided to embark on a Sharp Practice Peninsular War project, he would get and paint a British force, while I took on the French. Since I knew Erik would be fielding a lot of Rifles in his force I wanted to create a French force suitable as an opponent. So the basis for this was the French Light Column in the Sharp Practice book.

After some research about which minis to get, I chose two Perry plastic sets and a couple of metal packs. After getting them and putting them together I realised that I was a couple of minis short, so I got what I needed from Front Rank, and while on their website I got 6 Vistula Legion Voltigeurs as well. Uniform wise they might not be 100% accurate, but they will look the part and unless my opponent suddenly becomes an expert on Napoleonic uniforms he will not notice either.

I decided to paint the miniatures as a Light Column, which is one of the options shown on the Perry website. The dismounted Dragoons (my favourites of the lot) will be used as a skirmish troop. I still have figures to make a Carabiners(Grenadiers) unit, but I don't think it will be needed.

Here is the Light Column force that I will be able to put on the table (number of minis in the brackets):

5 Leaders and one Bugler.

Having set up all my terrain and taken pictures of them, I put the minis on the board and took some more pictures, so here you go. 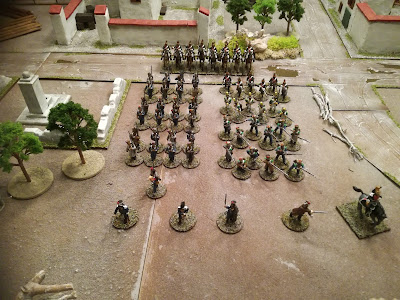 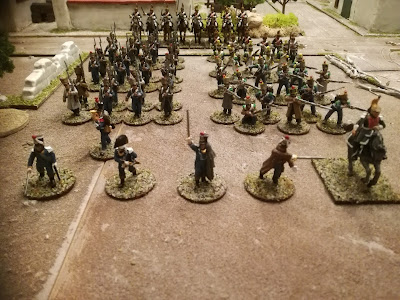 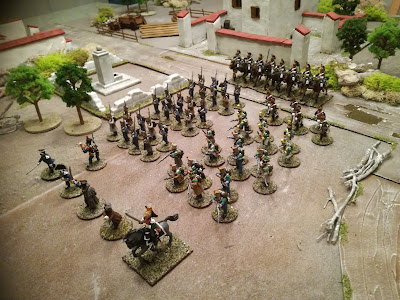 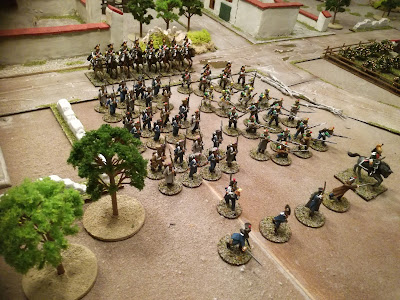 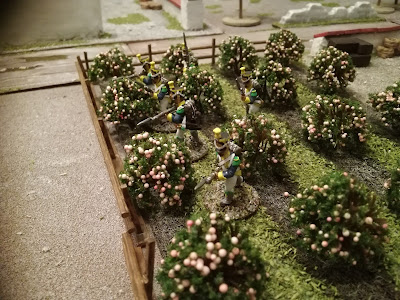 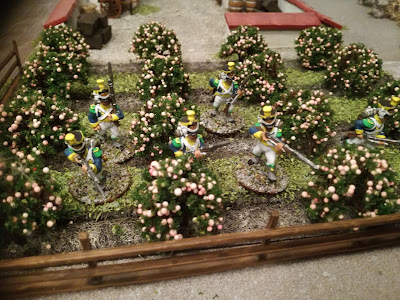 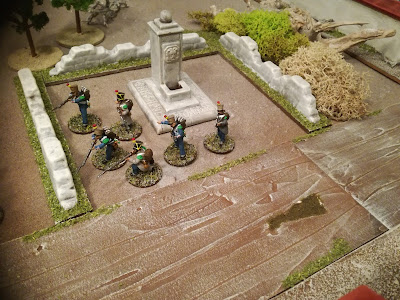 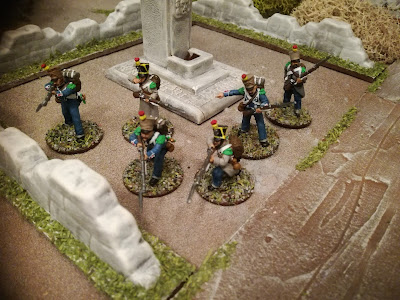 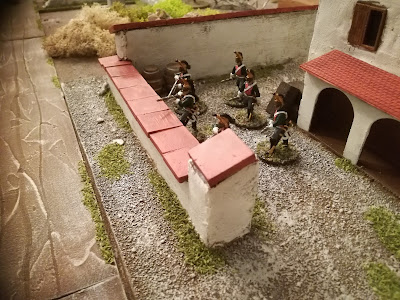 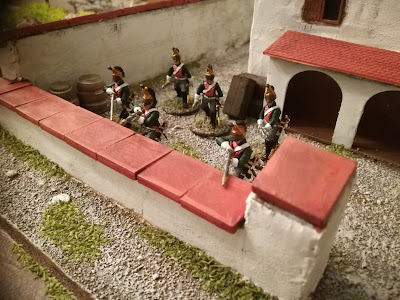 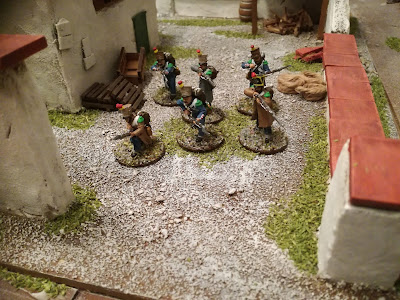 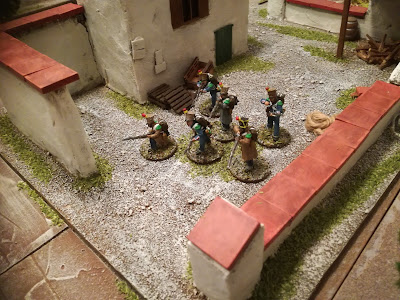 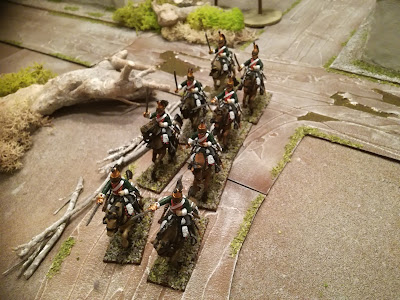 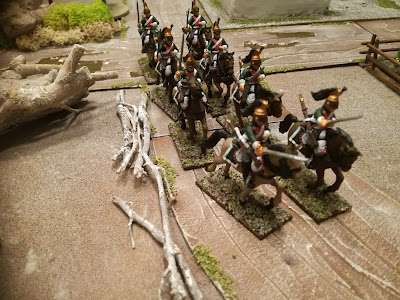 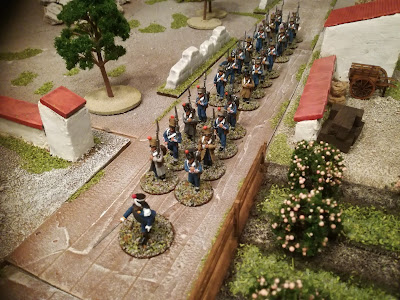 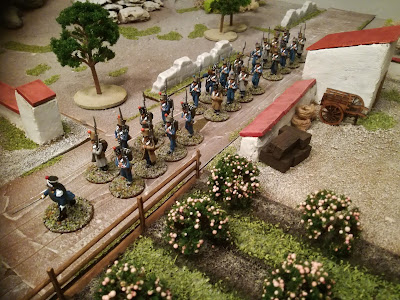 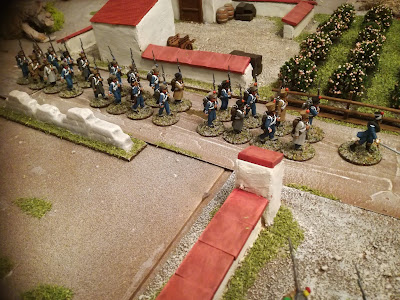 Email ThisBlogThis!Share to TwitterShare to FacebookShare to Pinterest
Labels: Napoleonics