SAGA The Crescent and the Cross minis

Saturday my order from Firestorm Games arrived... exactly a week after I ordered it. Very good service from Wales :-)

The rulebook and battleboards were unfortunately dented in one corner but not too badly.

For the past three days I have been assembling minis from Gripping Beast and Fireforge Games. The minis are excellent and are easily put together.

Once they are all painted I should have  two factions; Templar Knights (Milites Christi) and Mutatawwi'a.

Anyway here they are all lined up. 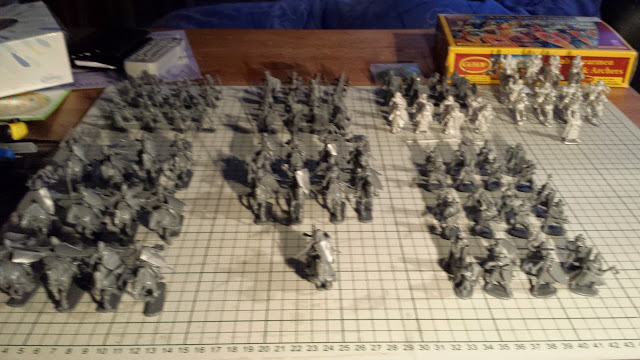 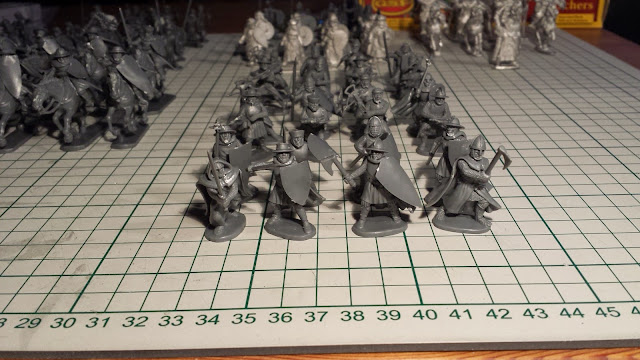 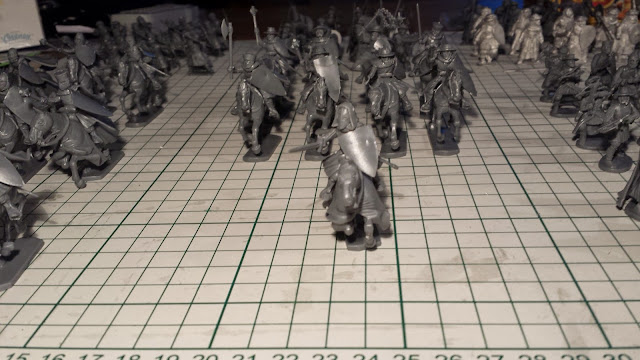 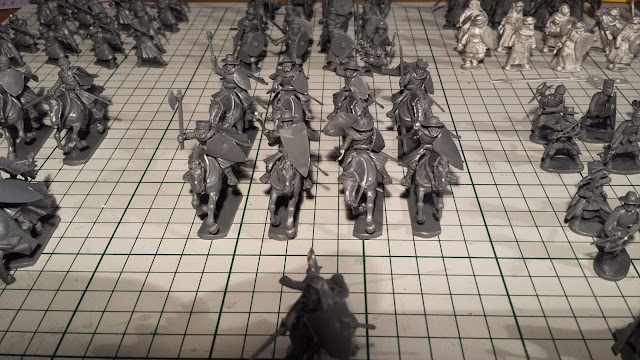 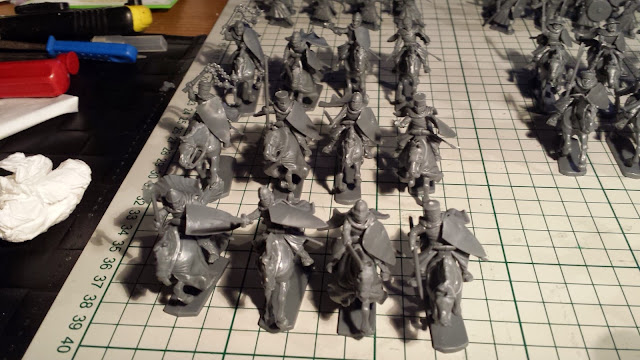 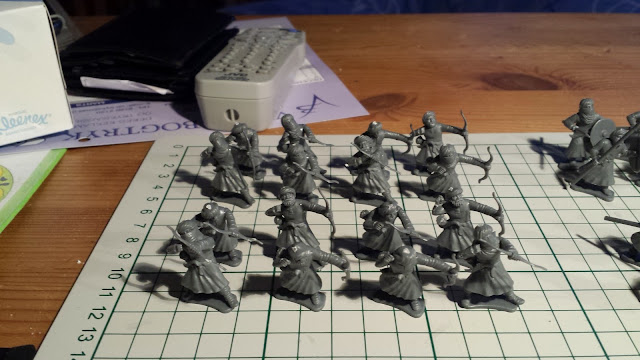 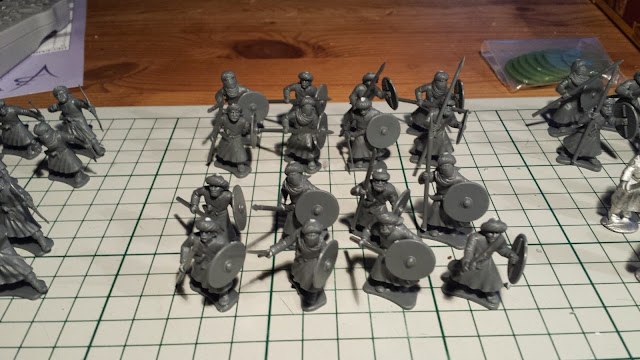 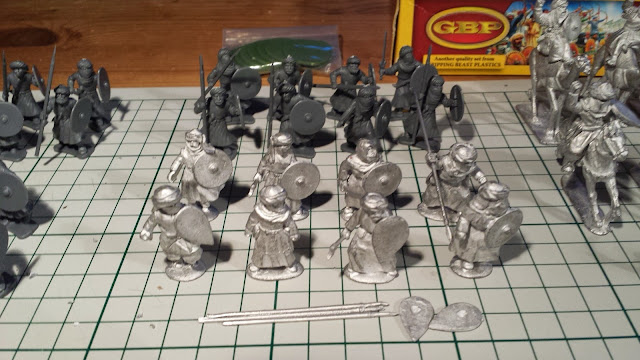 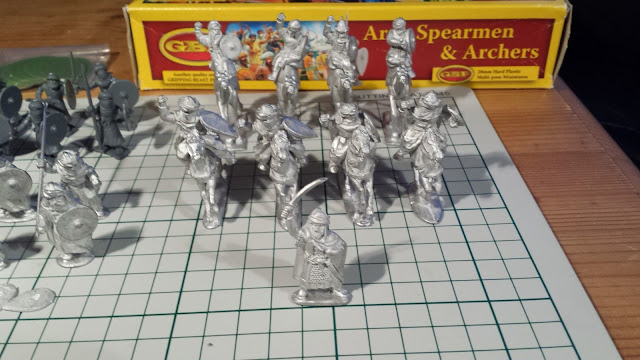 Merging of blogs - and new projects

Decided to merge my two blogs London by Midnight and 1812 - Retreat from Moscow into a general blog The Dane's Wargaming Blog. First of all my interest in several different wargames and going back and forth on these makes it look like nothing is happening on each blog.

I have sold of all my Malifaux stuff - having not played the game for a year, I decided that selling in order to fund new games was a good idea.

The money has already been spent - did not take me long I know. I have looked at many games but have settled on two: Across the Dead Earth from Dead Earth Games and SAGA The Crescent and the Cross from Gripping Beast. 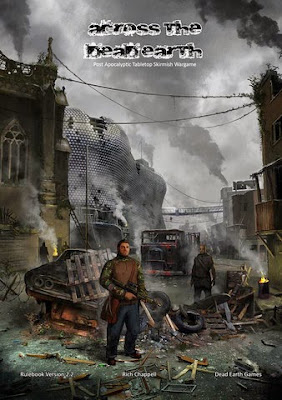 Across the Dead Earth is something my friend Chris and I have been looking at for a long time, and we finally decided to try it out. My other friend Michael also liked the sound of it and he is always willing to try something new, so the three of us ordered the Across the Dead Earth deluxe set, which will give us the rulebook, a PDF version of it, a gang each and some additional PDFs. Good deal and I'm thinking that my London Station board that I use for Empire of the Dead could be used if we make some terrain pieces that look overgrown etc. Time will tell. 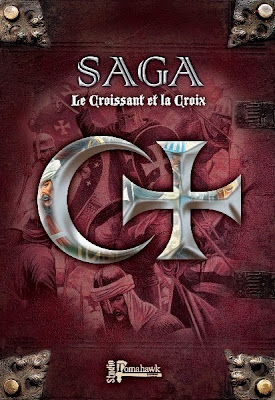 SAGA The Crescent and the Cross will be my next big project. With the 1812 - Retreat from Moscow game I have found out that I like to get myself involved in a larger project - learning new rules, creating a new board and terrain, and of course the minis. 1812 - Retreat from Moscow also showed me that I quite like having smaller units on the table. Friday evening I placed a huge order with Firestorm Games for the core rulebook, two sets of SAGA dice, and a lot of minis so that I can build both a Knights Templar warband and a Mutatawwi'a warband.

So I'm very much looking forward to painting up a lot of minis for both games and to get them on the table.
Posted by Kaspar Olesen at 17:04 1 comment:

Email ThisBlogThis!Share to TwitterShare to FacebookShare to Pinterest
Labels: Across the Dead Earth, SAGA The Crescent and the Cross

Last week I had two games of 1812 - Retreat from Moscow. One was once again with Michael and the other was with my friend Chris, who is not into historical wargaming at all.

I forgot to take pictures for both games, but both games went well. I lost once again to Michael while Chris and I played a draw. The difference from the previous games was that this time I had stragglers to protect, this meant a debut on the gaming table for my lastest packs of Perry Frenchmen. For me the stragglers mean that there are more wonderful minis on the table. Surprisingly this is why Chris will probarbly not play this game again. He finds it too overwhelming with so many miniatures - he is used to playing single mini skirmish games, but it was nice of him to give the game a chance.

The second difference is that I think we have finally nailed the rules. After both games we did not feel like there was anything that needed changing.

For furture games I think I will have to buy some cannons which I believe will add another dimension to the game. 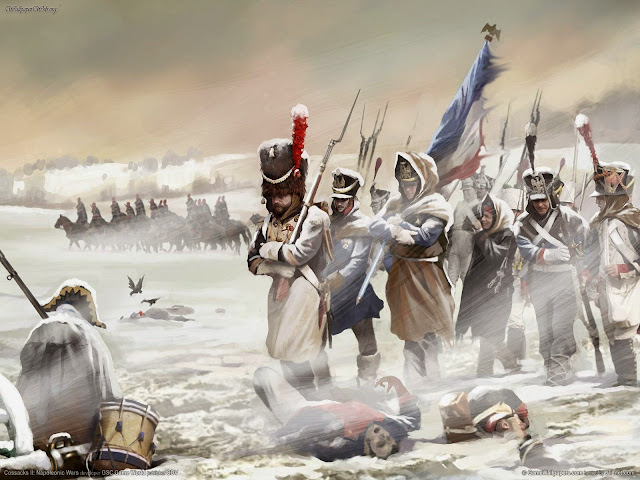