These are the figures that I have for the French. The are all from Perry Miniatures, except Marshal Ney who is from Eureka Miniatures.

The figures were actually painted more than a month ago, but I had not finished the bases. My initial test base for making snow (Baking soda, glue, white paint and water) had not turned out the way I planned.

However several YouTube videos convinced me that this was indeed the way to go, so I made the magic mixture again and put the paste on a few test figures. This result was a lot better, so the next day I started to base all the minis. In truth I ran out before all the figures had been based, so it ended up taking two evenings work. I have left the edge of the base in a light grey as the ruleset I plan on using, makes use of facing and it will be a lot easier to see with a light grey edge.

For the paint job I looked at the lovely painted minis on the Perrys´website and found other pictures via Google. My knowledge of the different uniforms of the different type of troops is limited, sp I needed the images to make sure that the minis look as realistic as possible.

So here you have my Grand Armée figures. I still need to paint 3 French Cavalry figures, but with another 3 figures on my Christmas wish list I decided to wait with those figures as you never know what Santa might bring. 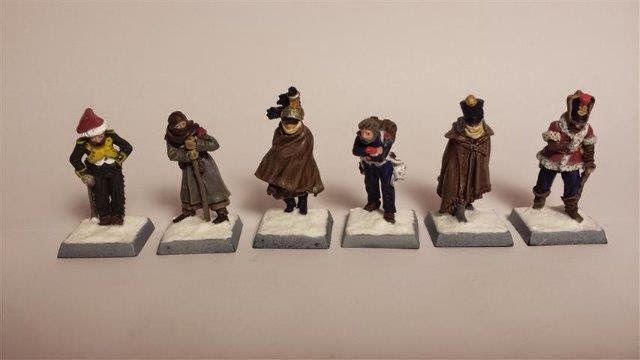 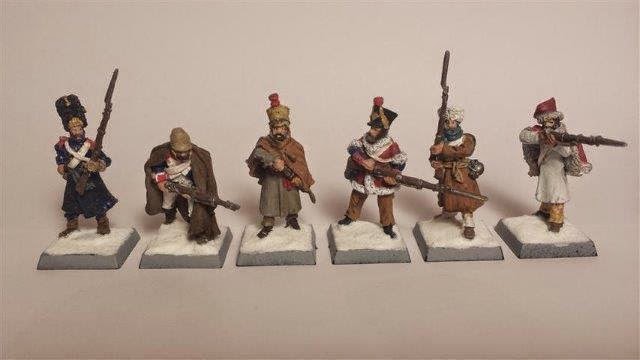 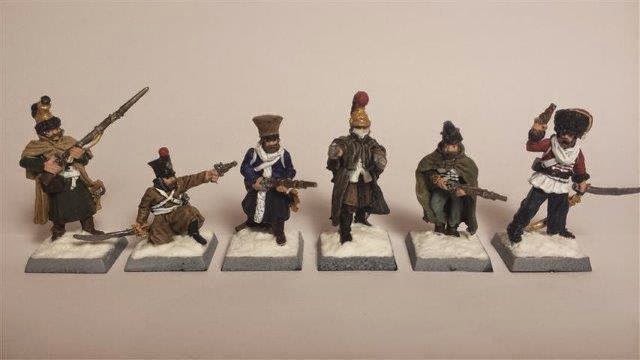 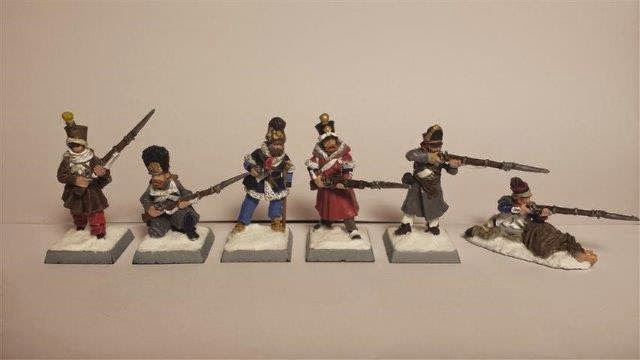 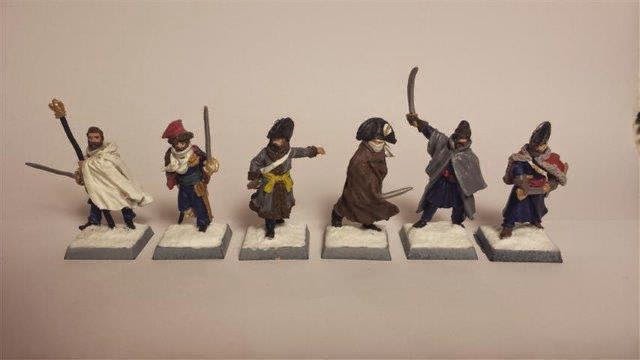 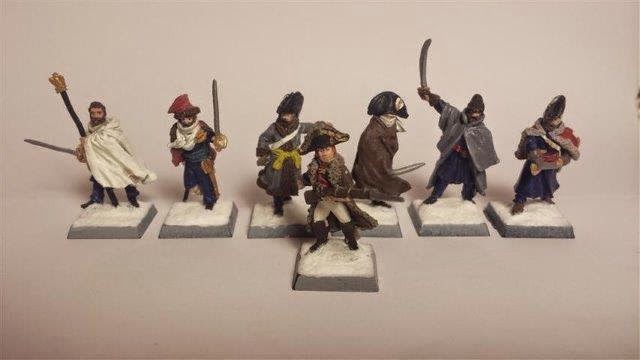 For the past month I have been reworking the Muskets & Tomahawks ruleset into something I can use for my 1812 Retreat from Moscow rules. And I am finally done. 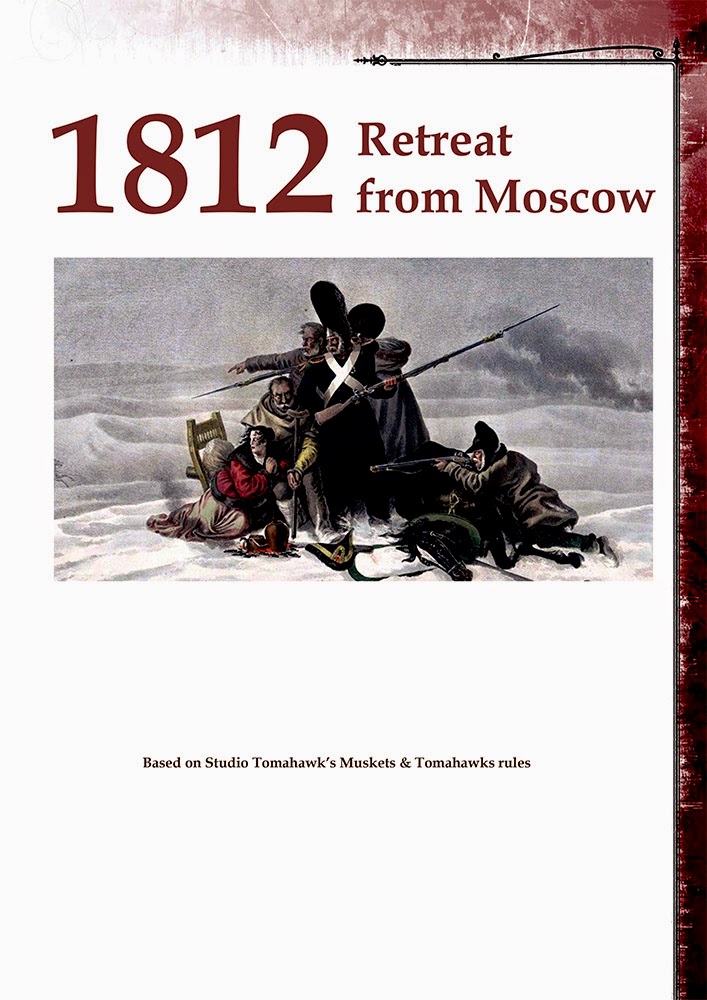 When doing work like this I normally go all in meaning that I type in every single rule and information that I will need to play the game. For this project it meant that I sat down with my Muskets & Tomahawks book and made a list. Content/rules could be categorised in three ways:

All reference to the original setting needed to go. I then started to look at the c) categorised contents and began work on it. Among the stuff was that I wanted to decrease the number of Side Plots and Random Events. I also decided to scrap the Slaughter objective and replace it with a Foraging objective. Some of the weapons also had to go and the whole Weather chapter was shorten. Snow is also present, but in the original rules this means that every square inch is Difficult Terrain, inflicting a -2" movement penalty. I decided to reduce the movement penalty to -1" so that regular units would not be limited to only 2" per movement action. I also made a Cavalry Charge move that more or less functions as the Bayonet Charge in the game.

Once my reworked contents was ready, I began to type in all the rules that I wanted to keep - these rules will only be for private use, as I don't want to risk any legal suit from Studio Tomahawk. This took forever, but like I mentioned I go all in. With all the typing done I layed out the rules in Adobe InDesign.

The Activation cards was done made again using Adobe InDesign. They were then cut out and laminated.

I have also made separate Unit Stats. The original rules gave me the stats that I wanted for the French Army, and I used the German Jaegers stats as a Russian Jaegers, and the Indian stats were used as a base for the Cossacks. I made them as a separate file.

I would love to show you how the book looks, but I have to limit myself to the frontpage, so that I don't get myself into any copyright trouble.
Posted by Kaspar Olesen at 13:12 2 comments: