Tuesday two wonderful packages arrives with the mail. One from Perry Miniatures and one from Westwind Miniatures. A few months ago I had previously ordered 24 French infantry, 6 French stragglers, 6 Cossacks cavalry, and 6 Russian peasants, so I needed to bulk up my Russian forces. Despite everyone telling me that the Cossacks were exclusively cavalry, I had seen that some of the test games for White Death on Monty's blog had Cossack infantry. I looked around and settled on Westwind's Dracula's Cossack Guards. The fact that they are dressed in winter clothes is what made me choose them. Also I own some 70 Westwind Empire of the Dead miniatures and have mostly been impressed with the sculpting. There are two sets of the Cossack Guards, one with muskets and one with other weapons. I ordered two blister packs of the ones armed with muskets and one with the other weapons. This will give me 12 Cossack infantry. 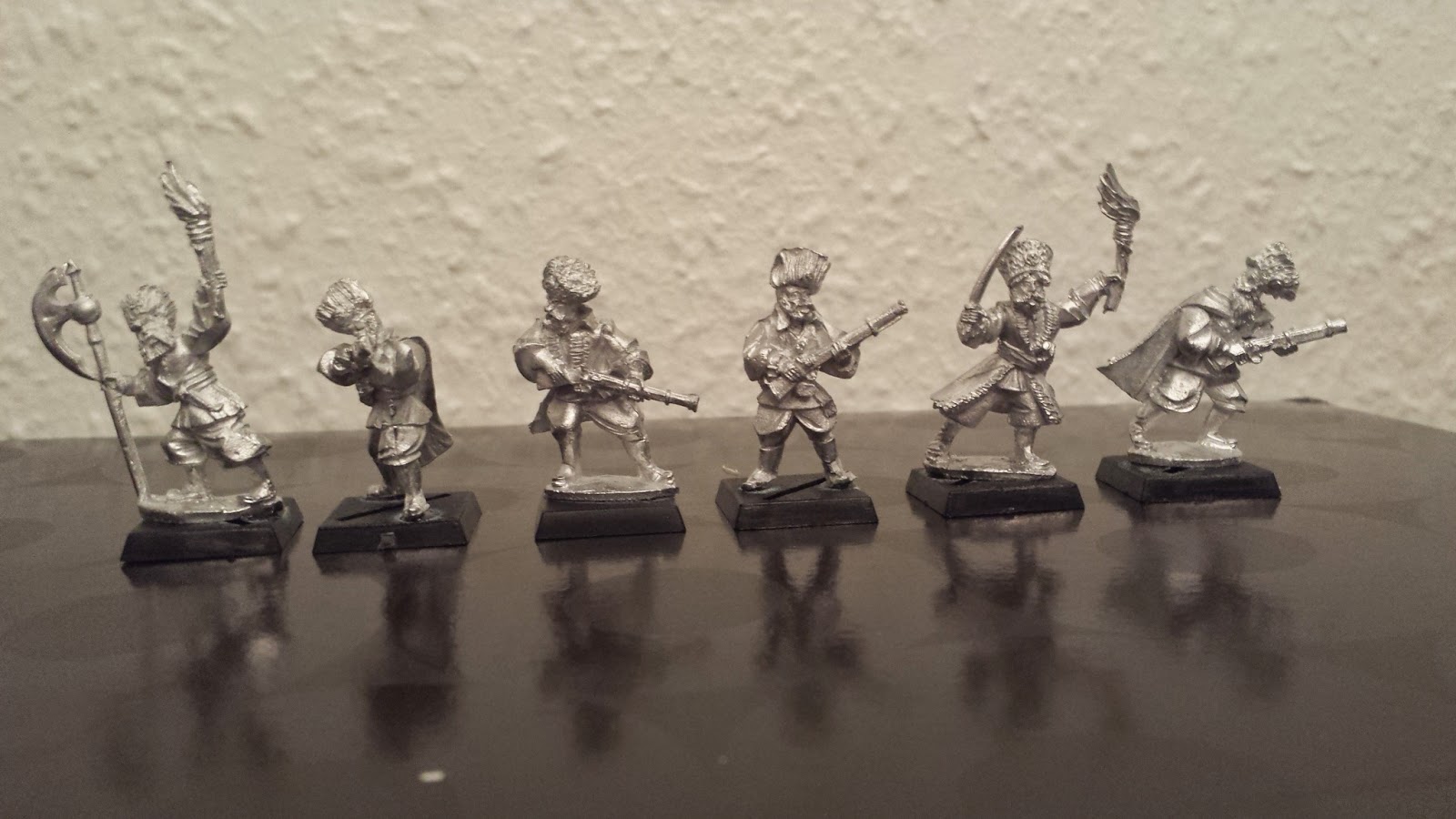 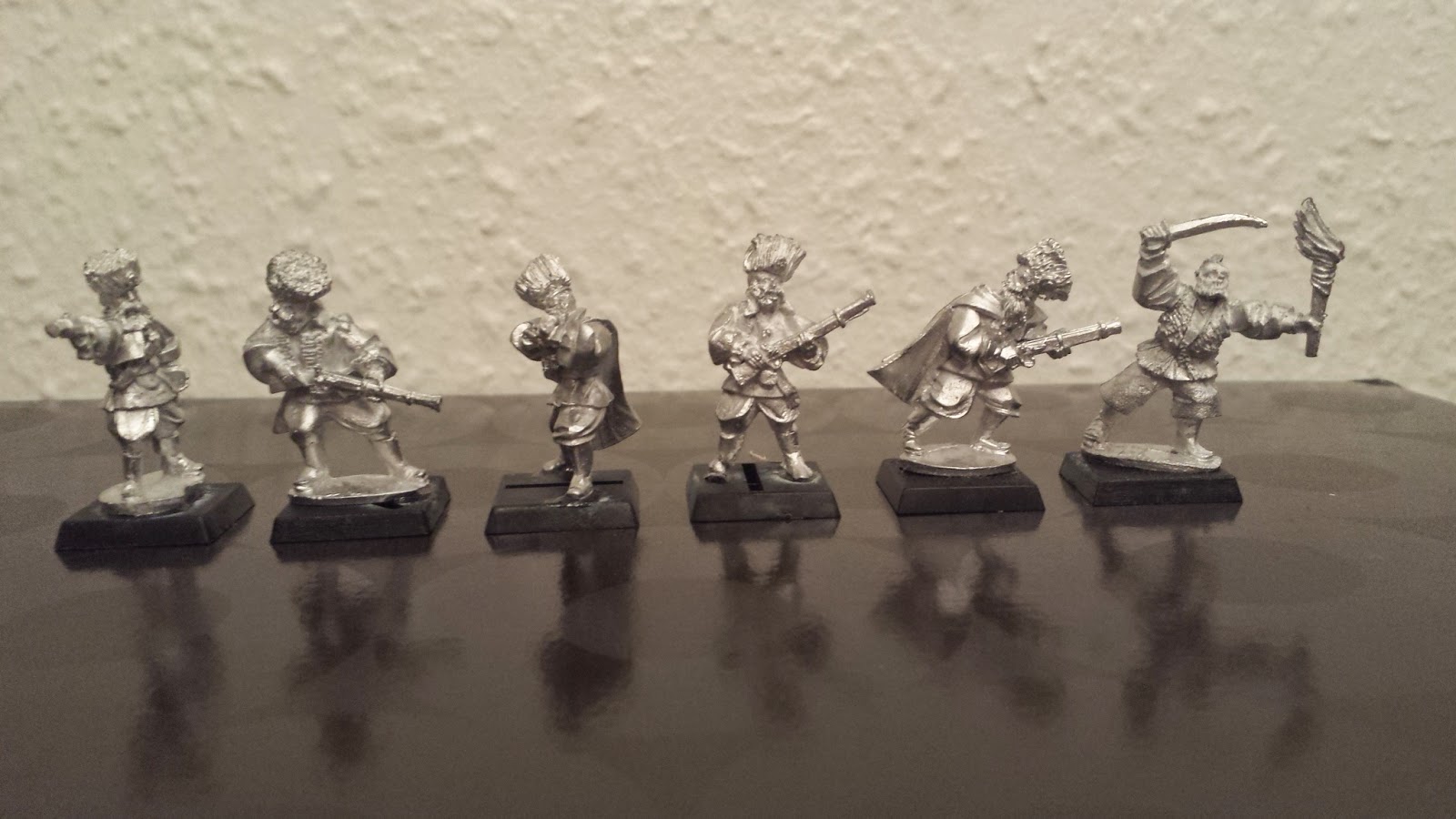 I also wanted some more Cossack cavalry, so I ordered two sets of 3 Don Cossacks from Perry Miniatures, which has brought me up to 12 Cossack cavalry. Not shown on the images are the lances that the minis come with. 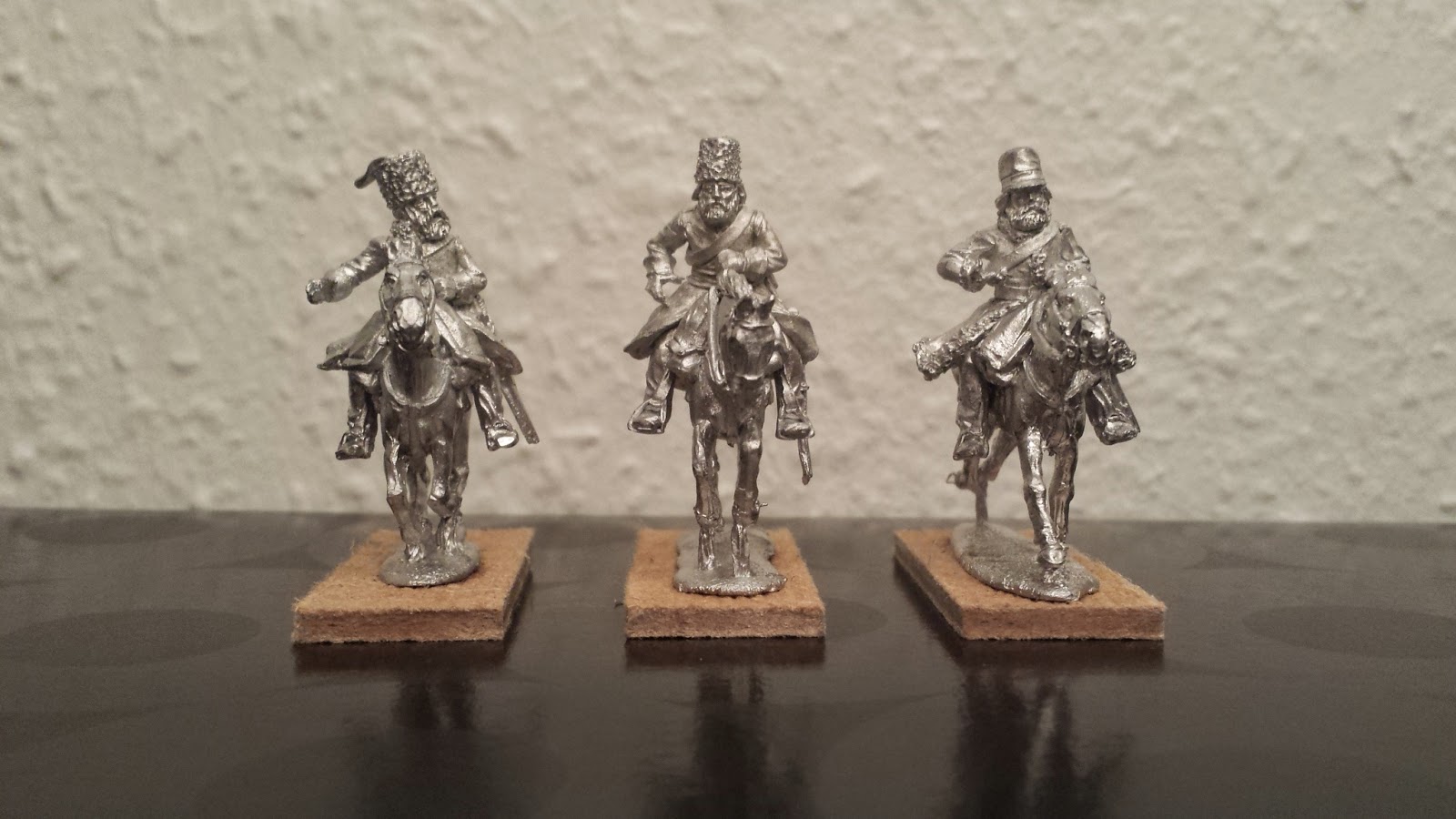 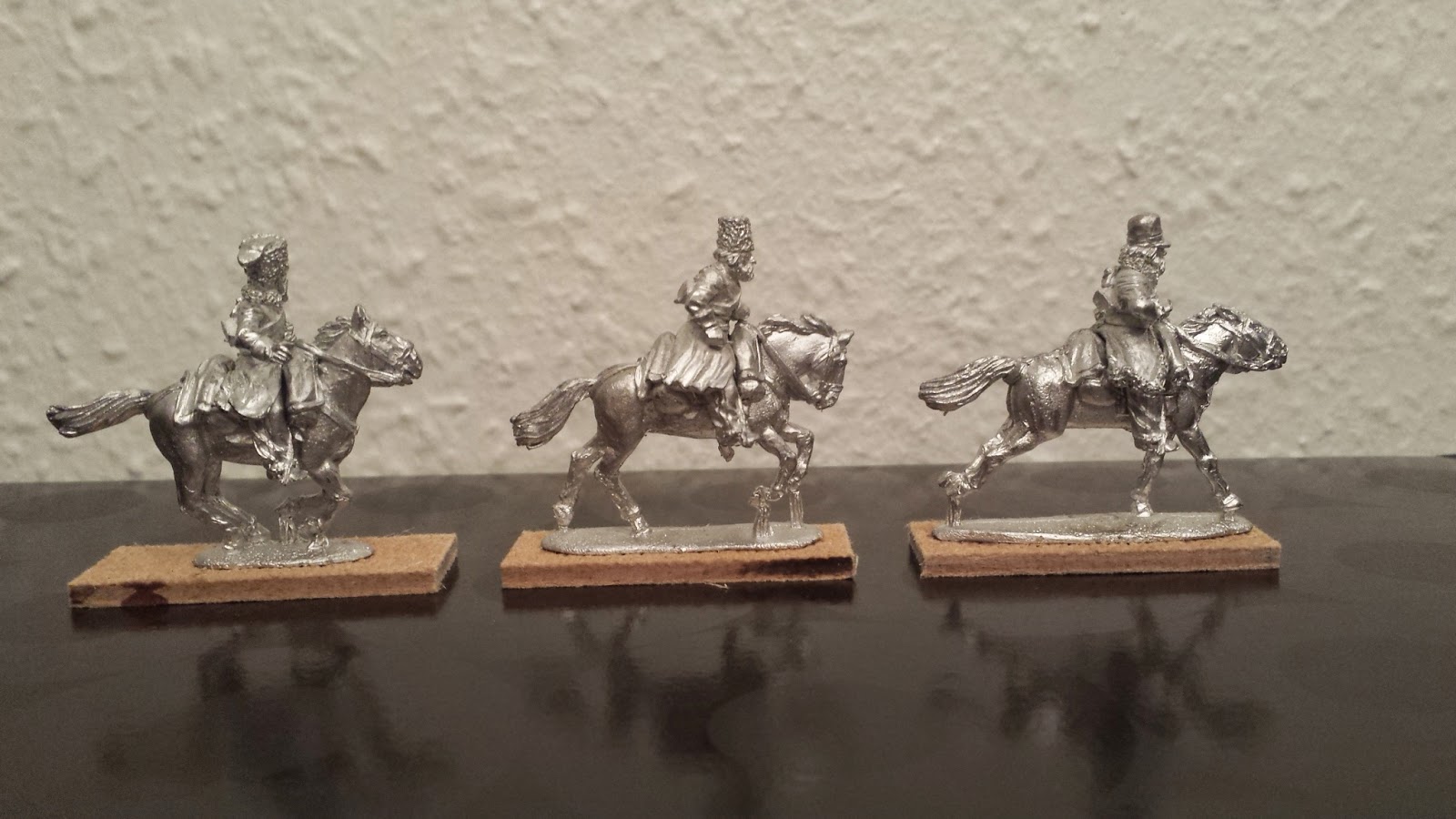 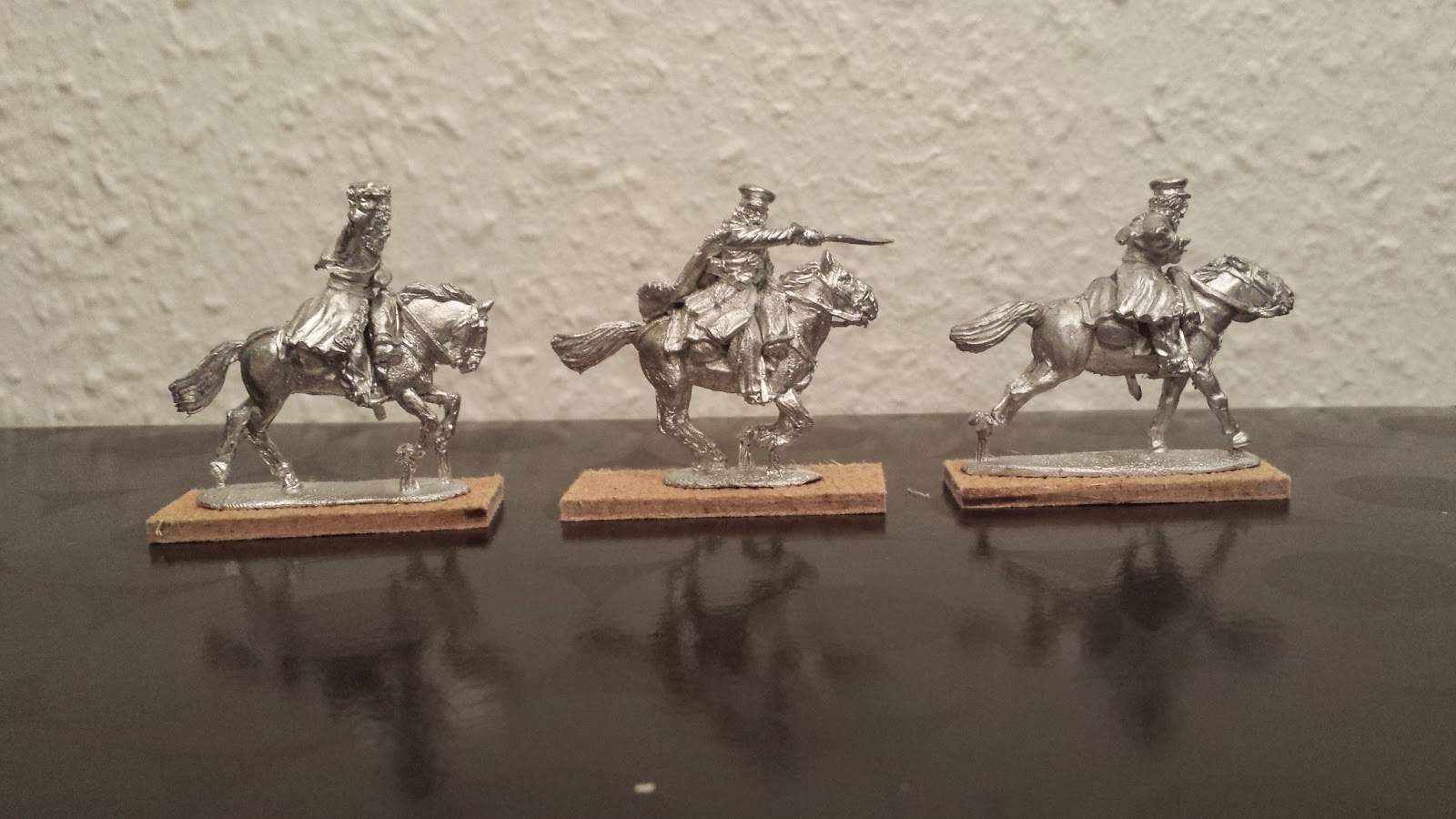 Recently Perry Miniatures also released Russian Jaegers in winter clothes, and they will also give some added options for the Russians. I had actually bought some Jaegers in my first order, but they are not in winter clothes, so they have not been painted . If anyone is interested in buying these from me throw me a mail. 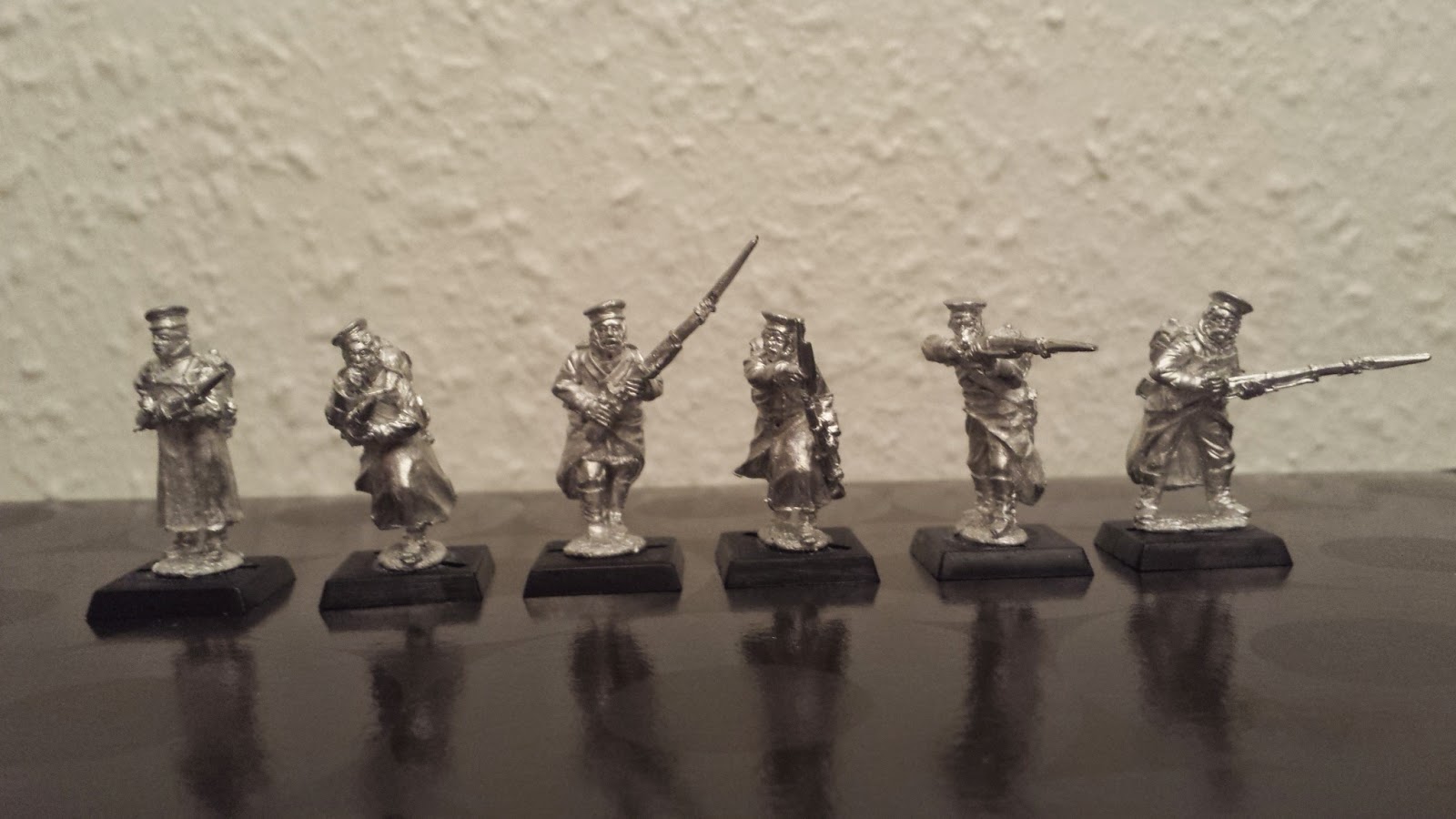 Lastly Perry also released some French cavalry in the Retreat from Moscow range. I only bought one set of 3 so whether I can use them with my reworking of the Muskets and Tomahawks rules I dont know. 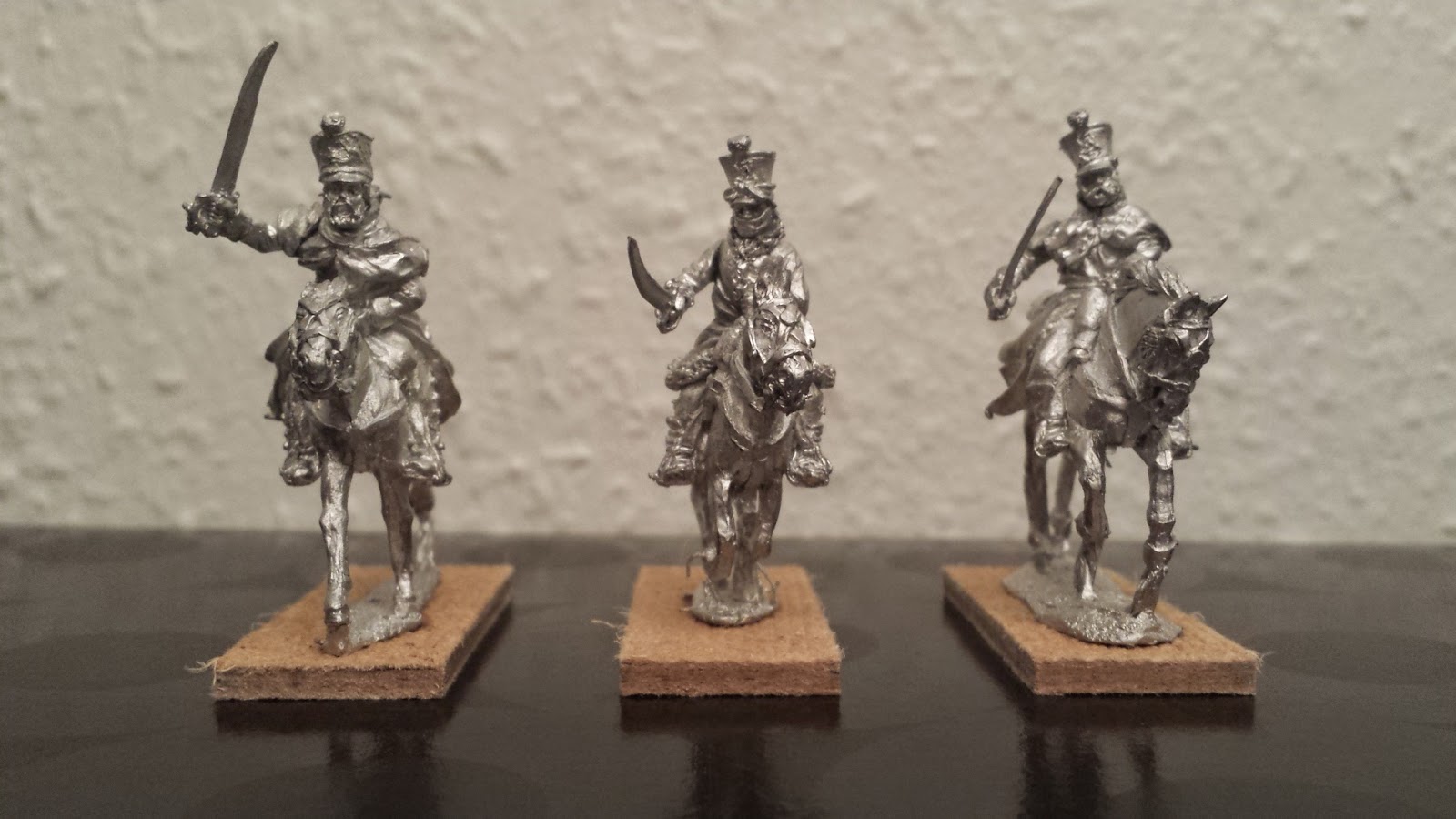 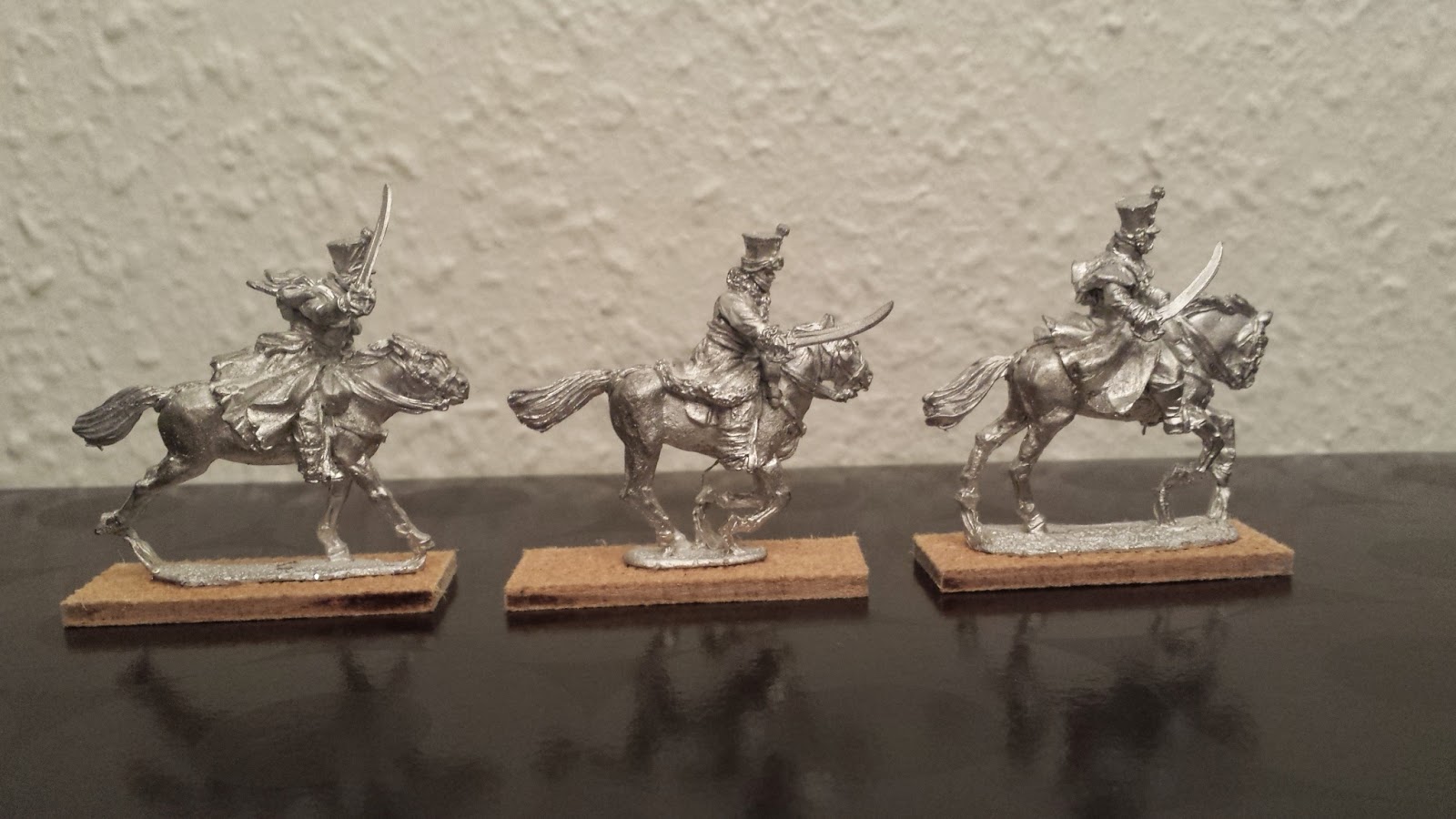 Start of the blog

During the last year I have been looking at getting into Napoleonics . The period interests me and the idea of fielding one battalion after another was very appealing. The one problem I had is that the size of the armies and the investment needed would be rather large. So for a long time my interest had been put on hold, showing up now and again, but without me making any investment.

At the end of the Summer I saw something that just blew me away - Perry Miniatures' Retreat from Moscow range. I started reading about Napoleon's most infamous campaign and the incredible hardship the Grand Armée endured. I then stumbled upon the blog Monty's Caravan and 1812 White Death - a yet-to-be-released ruleset for the Retreat. I wrote back and forth with Stefan from Monty's Caravan and I learned that the rules where still somewhat far from being released. I then started looking at different rulesets that I thought would give me the game that I wanted. I looked at Sharp's Practice and A Song of Drums and Shakos but neither clicked with me. My continued search brought me to Muskets and Tomahawks - not a traditional Napoleonic ruleset, but I could see the potential in the rules and with a few tweaks here and there I believe I have found the perfect ruleset for the type of game I want to play.

For the past 3 months I have therefore been painting, thinking and reading, and it got me thinking that perhaps I should start a new blog where I detailed this project.

So what can you expect to see on this blog? Well I need to build a gaming table - will be 4' x 4' (any larger will be impossible in my flat), and I have started gathering the terrain I need. This week I started working on building some village huts, and today my latest order from Perry and Westwind arrived (more Cossacks both mounted and infantry, Russian Jaegers and some French cavalry). My reworking of the Muskets and Tomahawks rules is going well and I am currently layouting them in InDesign. Last but not least I have picked up the novel The Officer's Prey which is a murder mystery set during the Russian campaign.

As some of the readers of this blog know I have been testing some house rules for Empire of the Dead in the last couple of months. After testing I have gotten a renewed interest in the game, so of course I had to get some of the minis that I thought missed from my collection.

When I play I hate using minis that don't look like they belong in the period or depict what there are supposed to. That meant getting the Vampires boxed set and some gentlemen with guns. So I placed an order with Firestorm games, and the items arrived this week.

Hopefully I will get around to painting this week. I have been working on another unrelated large project since September that I will create a new blog for. But here are the images of the stuff I got. 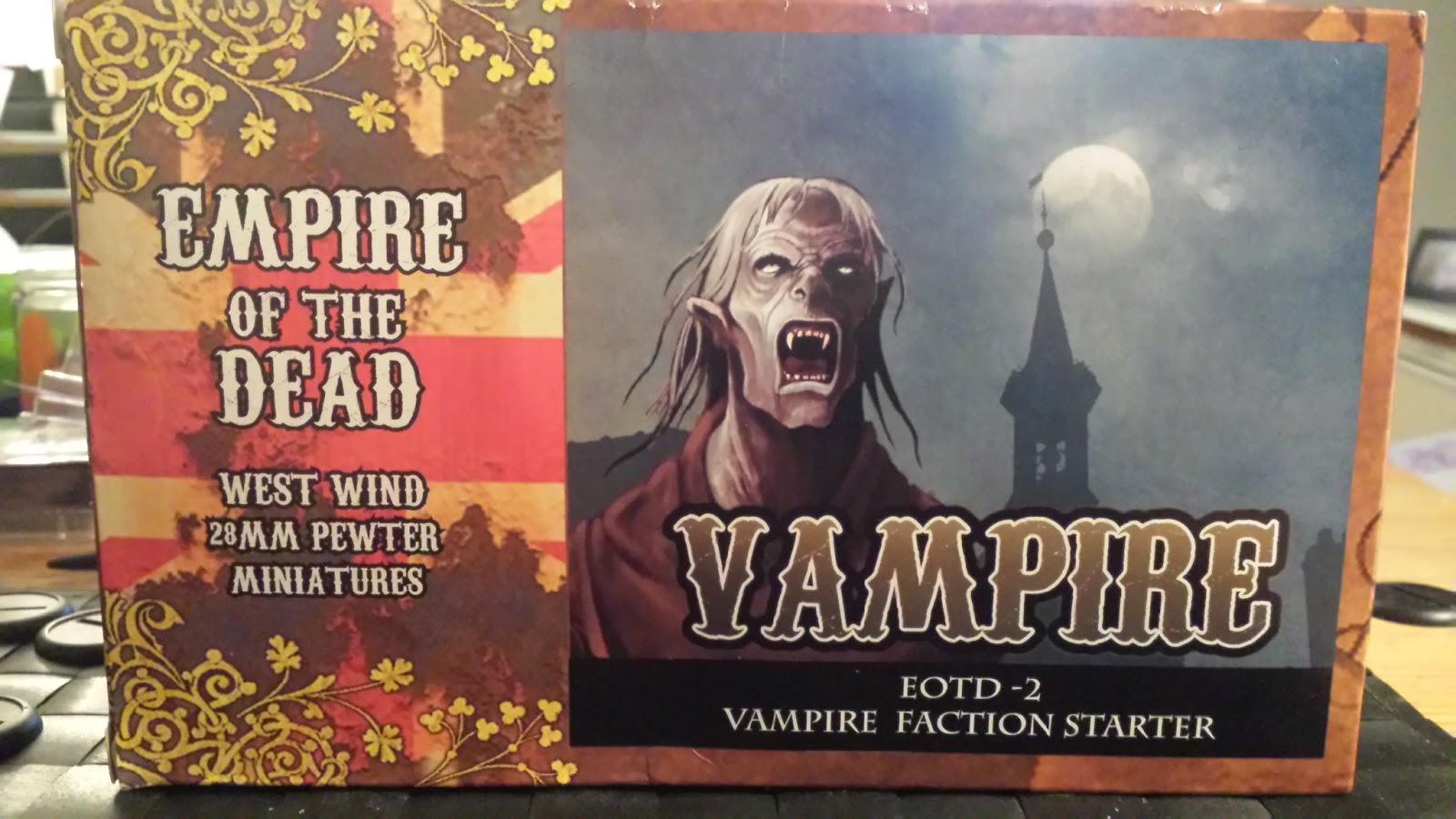 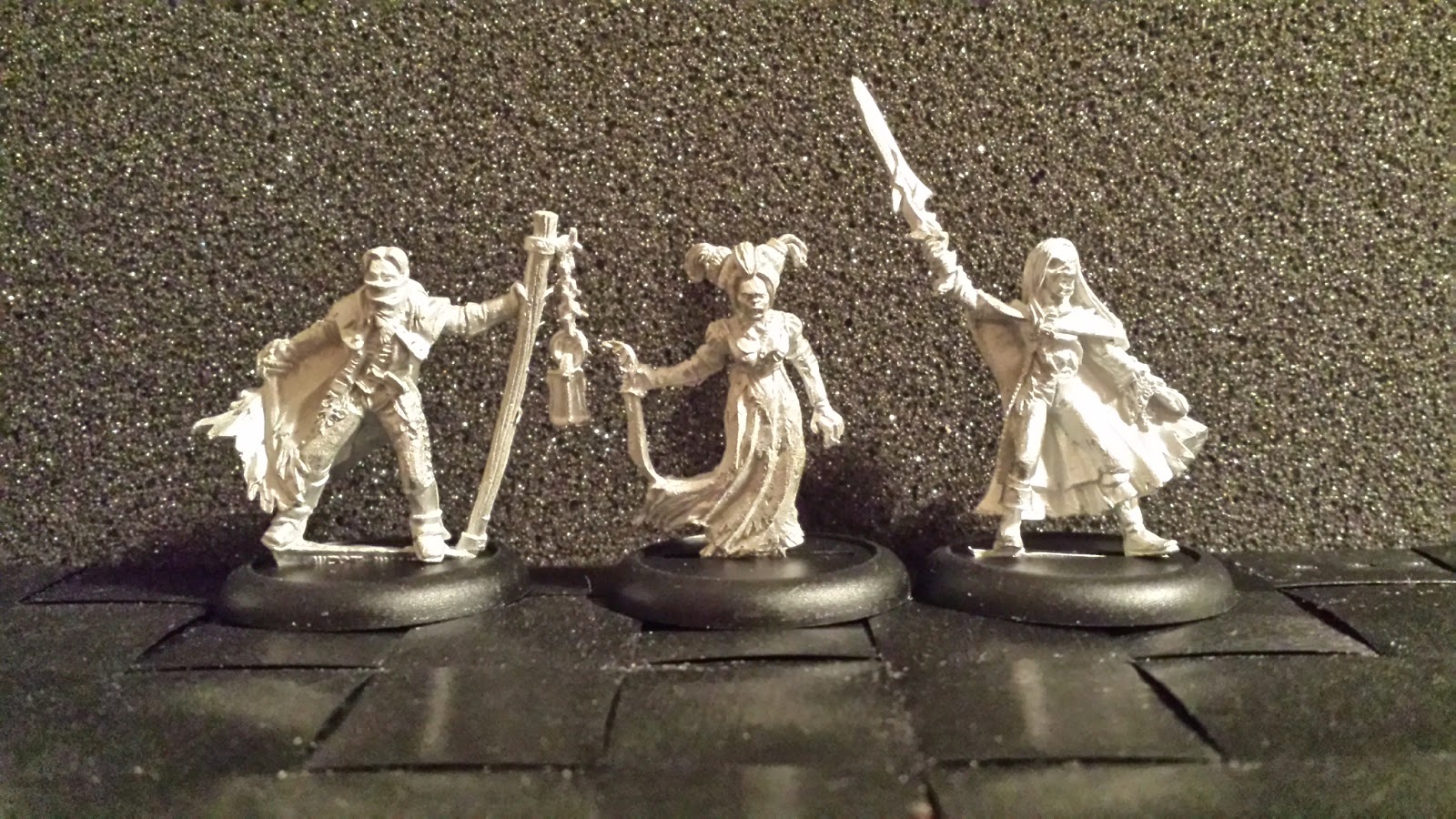 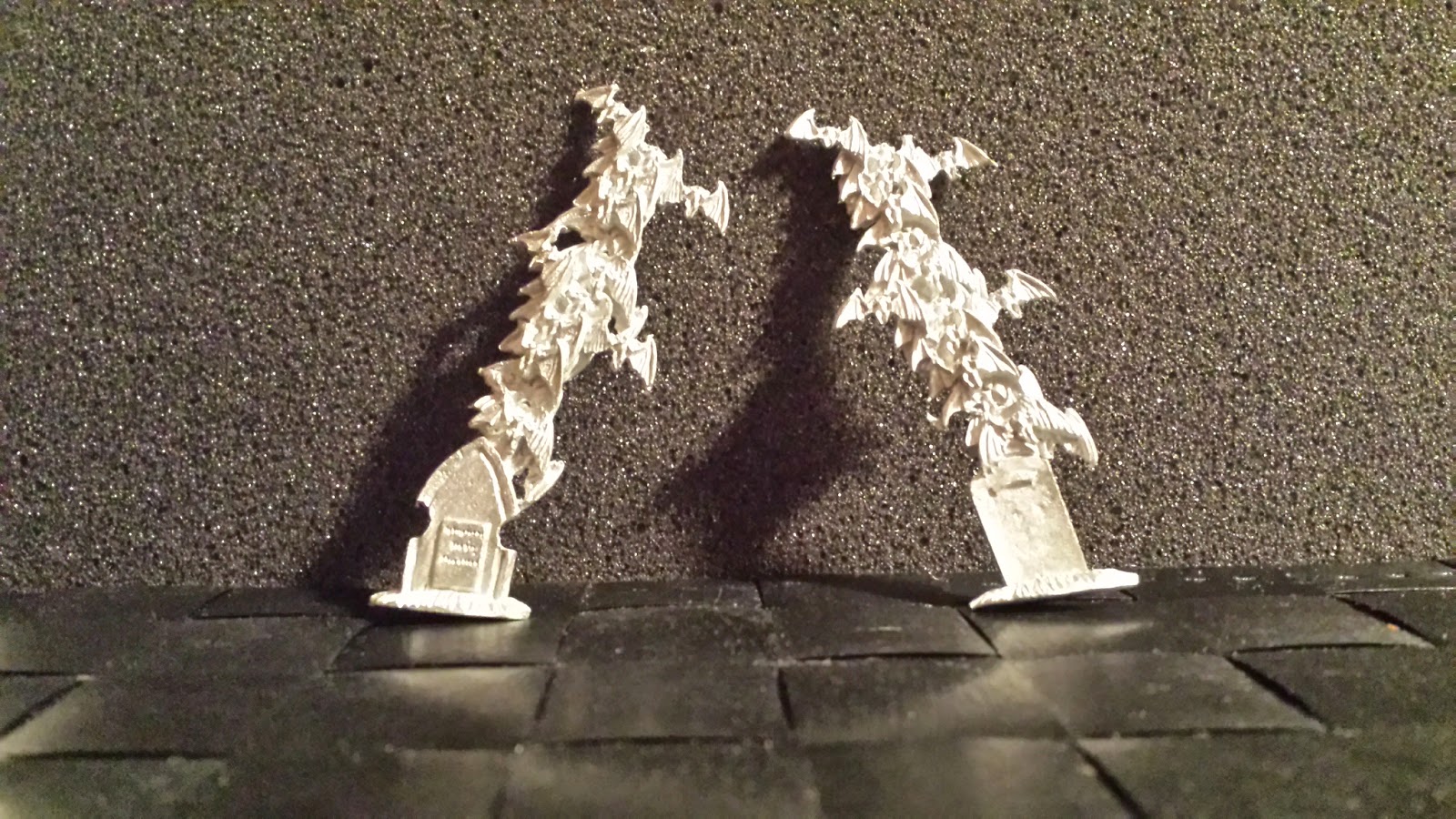 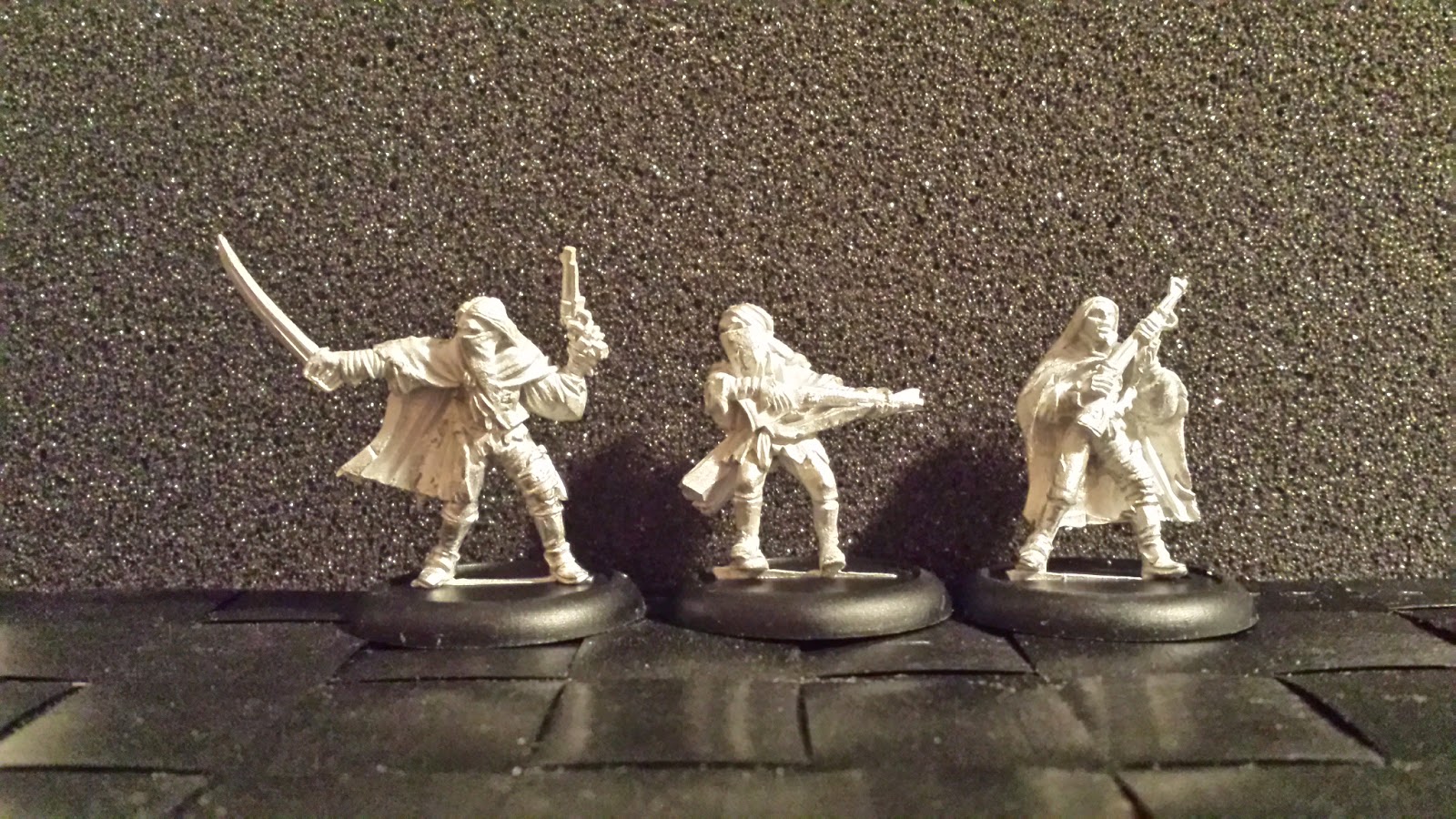 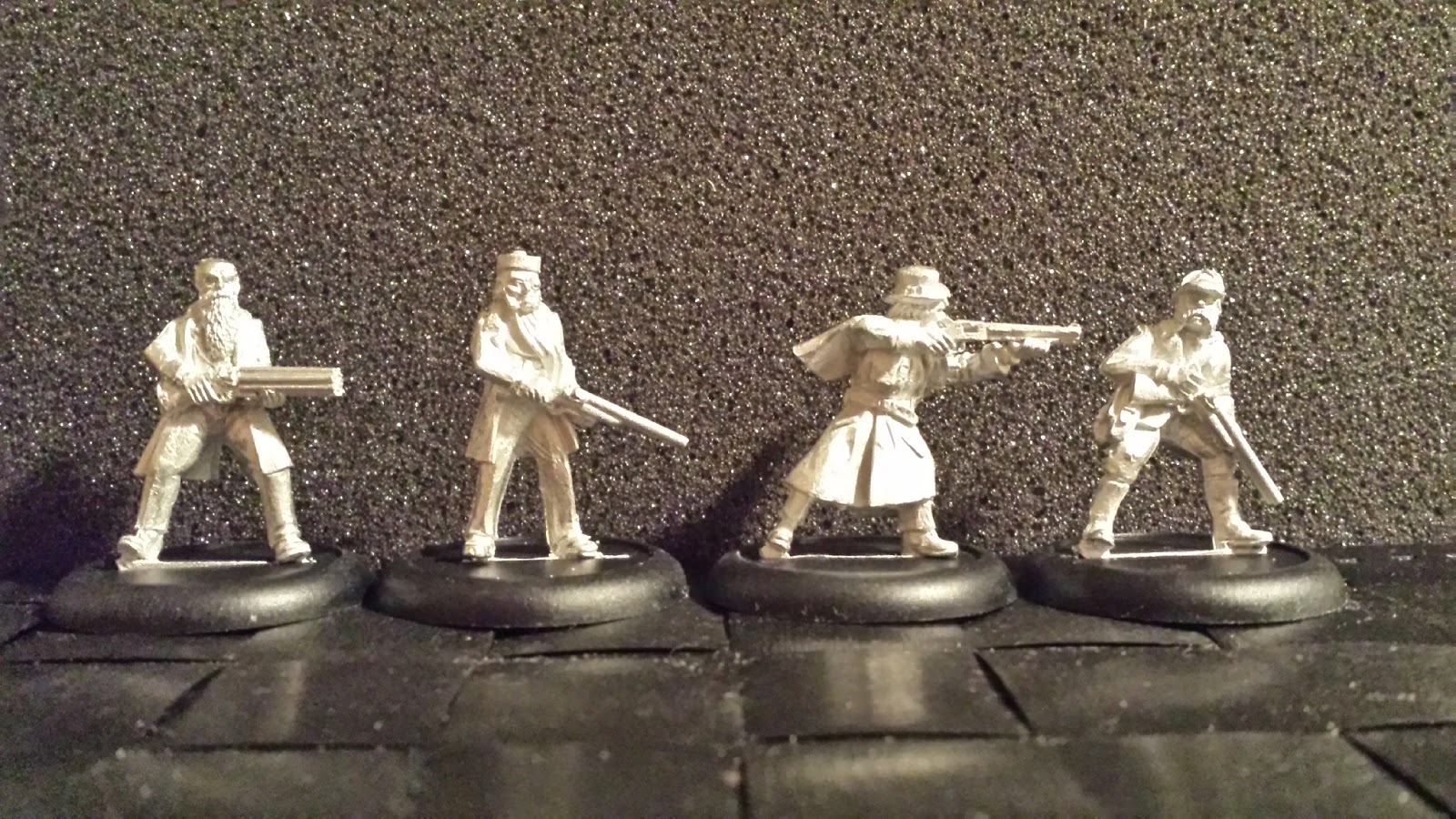 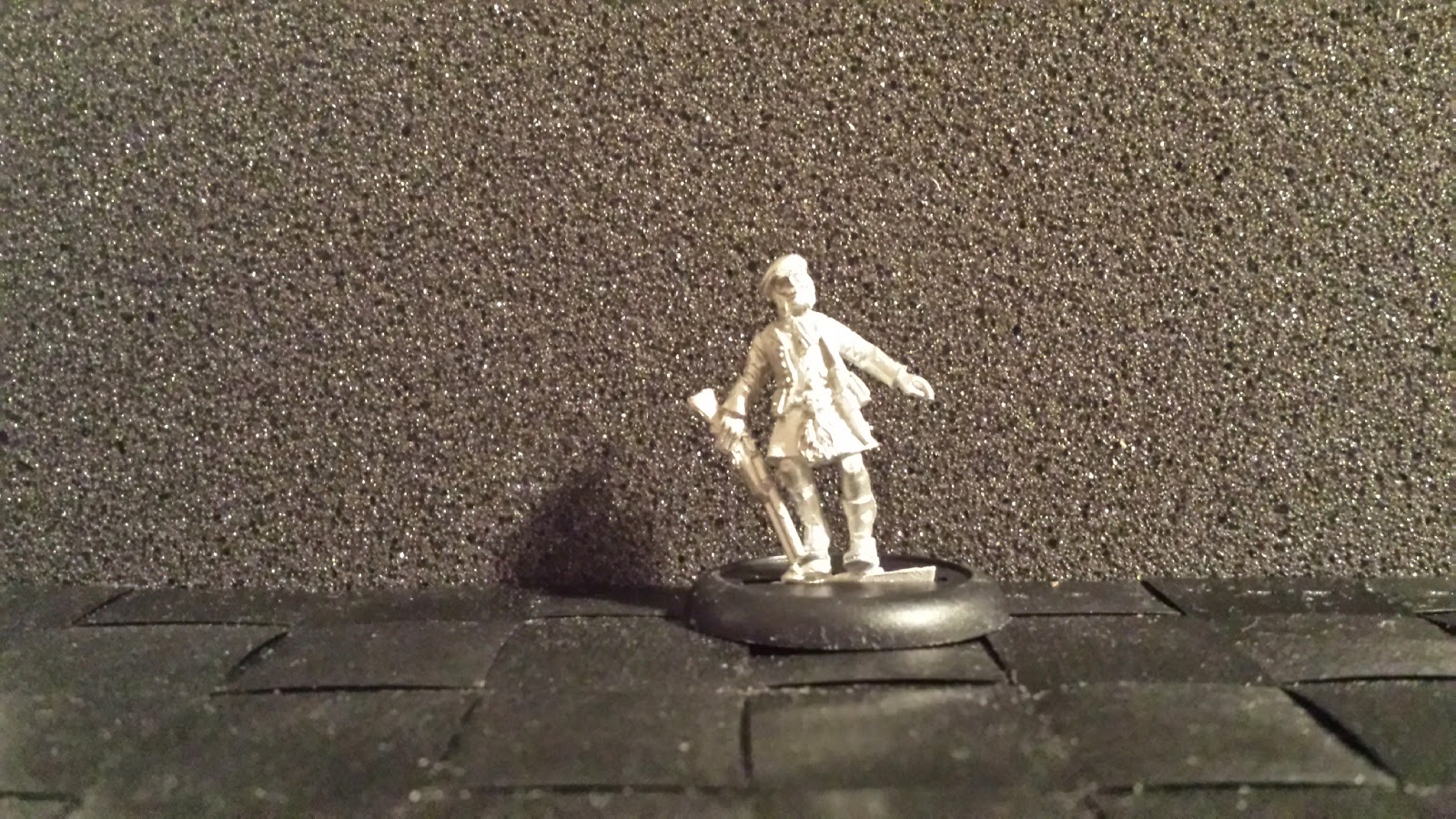