The Mahdists' opponents the British are now finished as well.

These are all Perry plastics and are really nice sculpts. I went for the khaki look, which means that these are painted as the 1st Royal Irish Fusiliers which were diverted to Sudan in 1884.

Again a pretty straight paint job, where I decided to base coat them in Army Painter Skeleton Bone, which meant that the uniform was already painted. The rest of the details where painted on, before a wash of Army Painter Soft Tone. I finished off by re-highlighting the uniform and white areas.

In terms of troop types for Death in the Dark Continent, I based these on the Anglo-Egyptian army lists, but omitted the Egyptian and Sudanese soldiers as my idea is that these Brits are part of the relief column send to get Gordon out of Khartoum.

There are 9 bases of Elite Soldiers with breech-loaders, spilt into 3 units of 3, and of course a Chief's base which is similar to the other 9 bases.

The baggage for the British I made from a cart and some crates I had lying around, and the three guards (only two are visible from the angle I took the pictures from) are also from the Perry plastic set.

The bases still lack some small tufts but I ran out, and have ordered some.

I actually have 12 Perry metal Highlanders, but since the Royal Irish bases already amount to 300 points I have decided to leave them off the painting table for now. I really fear painting the tartan, when I finally decide to paint them.

Next up is making a desert terrain table. 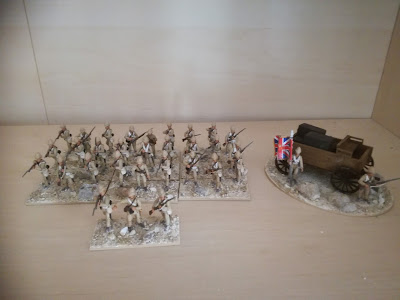 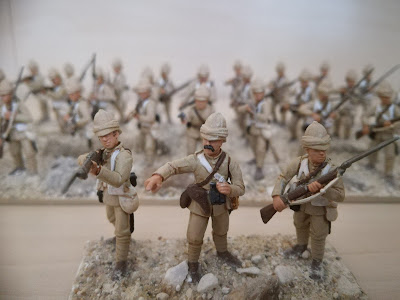 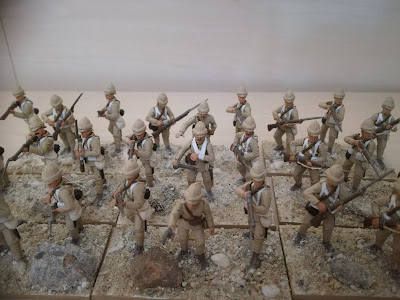 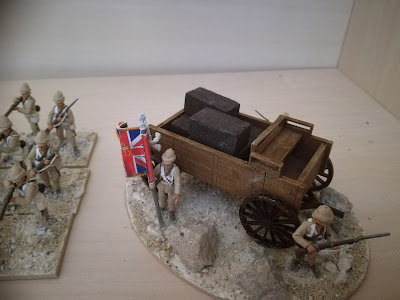 Email ThisBlogThis!Share to TwitterShare to FacebookShare to Pinterest
Labels: Colonials, Death in the Dark Continent

The end of the weekend saw me finish the last bases for my Mahdist force for Death in the Dark Continent. These were the Ansar Skirmishers. A mix of traditional weapons and firearms.

Together with the Beja Warriors and Jihadiyya Soldiers I have more than enough bases for 300 pts. But this gives me some options.

In total there are 102 figures, which is divided into the following:

It has taken me roughly three weeks to complete these and despite the rapid painting I am very pleased with the results. Next up is their opponent the Brits. 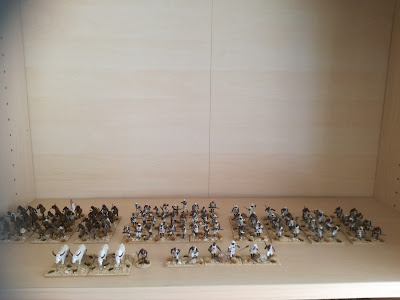 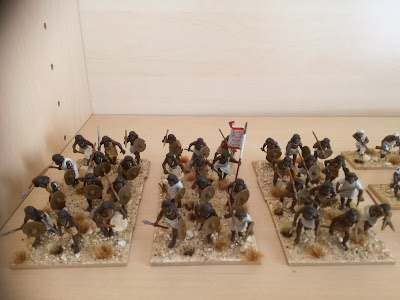 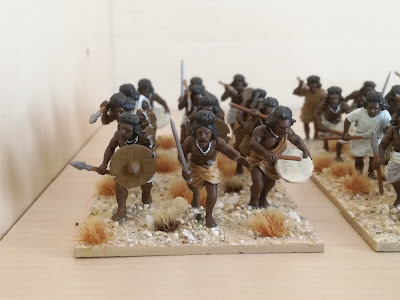 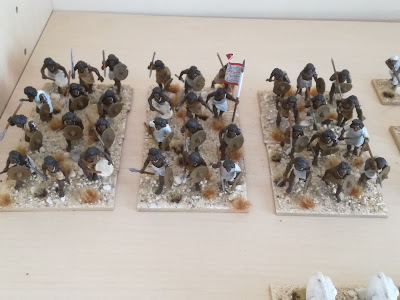 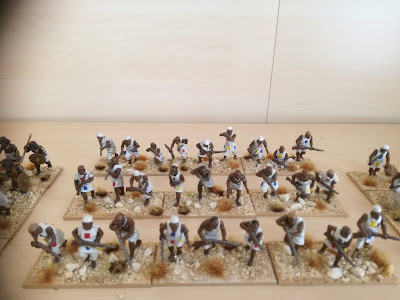 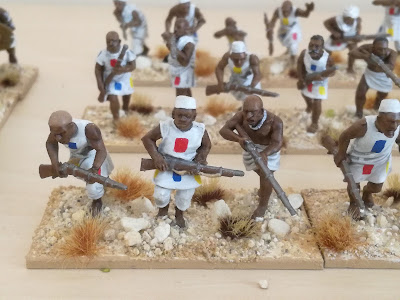 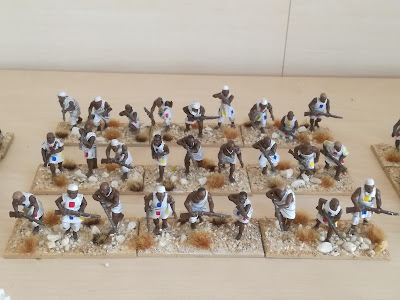 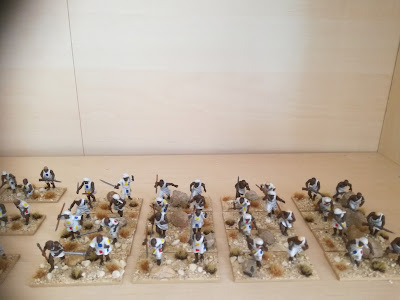 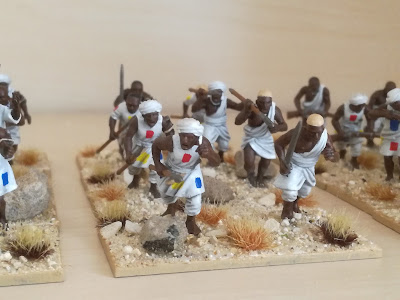 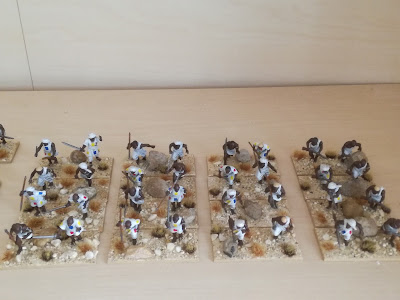 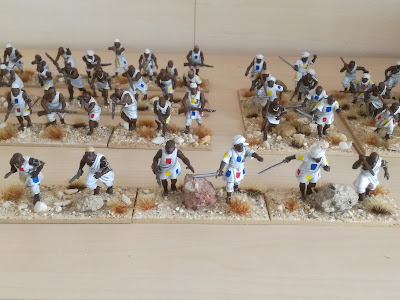 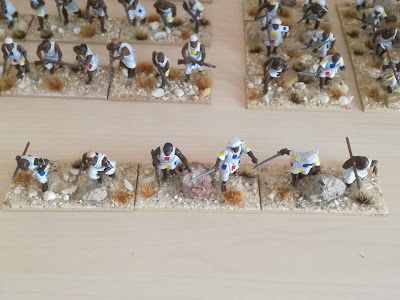 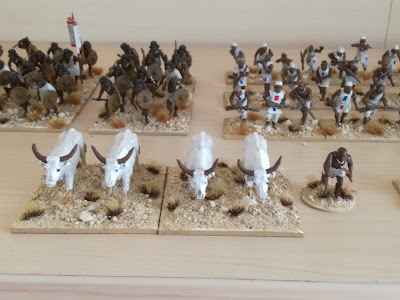 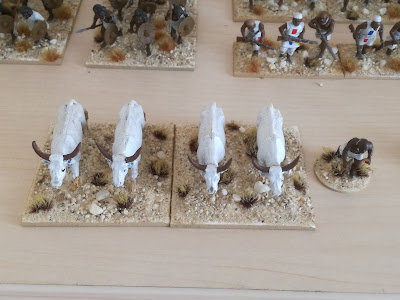