Back to Gothic Horror

Been a long time since I last made a post, but I have not been idle though. Time has been spent painting up a Napoleonic Bavarian army for Sharp Practice 2 for my friend Rune. This was completed just before February arrived. That army on top of my own Napoleonic Austrian army and my Retreat from Moscow armies completely drained my painting mojo - 250 figures in 3 months do that to you. So I really wanted to take a brake from painting, this is despite having just purchased a small German and Soviet force for Chain of Command.

The wargamer's "Uhh new shiny" curse has really gotten a firm hold on me during the last year or so and I find myself interested in so many projects - luckily only investing in a fraction of them. But my interest and focus can easily jump back and forth between 2-3 projects in just a week.

My break from painting lasted around a fortnight then I felt like painting something small scale again. Of all the projects that I ended up with Victorian Gothic Horror was the last thing I thought would get hold of my interest. The inspiration and interest came almost out of the blue. I decided to watch the Animated Batman Feature - Gotham by Gaslight, where Batman hunts Jack the Ripper in 19th century Gotham City. It was a good movie, not great, but somehow I wanted to get back into Victorian Gothic Horror.

Having purchased some figure back in 2016 that I had not painted I started to get out all my boxes with my Empire of the Dead figures. Looking at some of the figures I had painted 7-8 years ago I could see how much better a miniature painter I had become. Still I did not want to strip almost a 100 figures and start all over again. Some of the figures where given some highlights and washes to make them stand out a bit more.

The newly painted figures are all from West Wind - and I have tried to take my time with them, instead of my normal assembly-line speed painting. 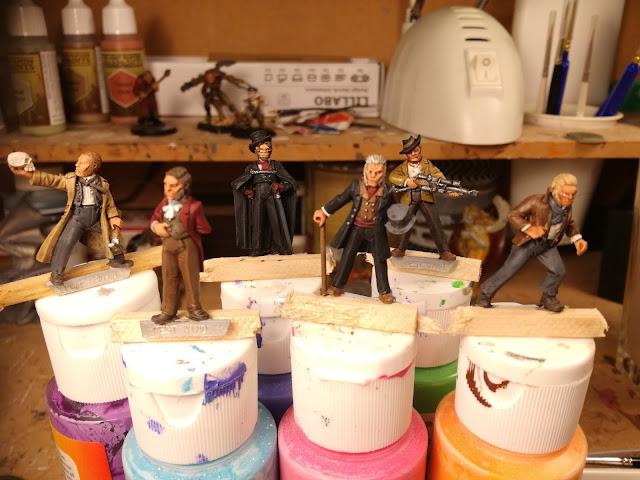 Prof. Moriarty and his gang (still need to paint Irene Adler though) 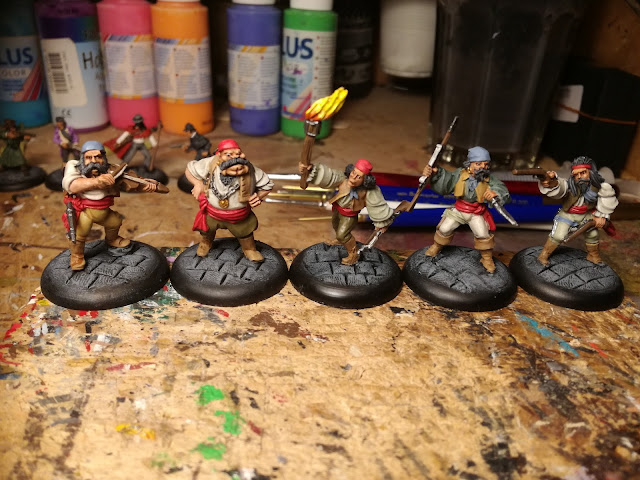 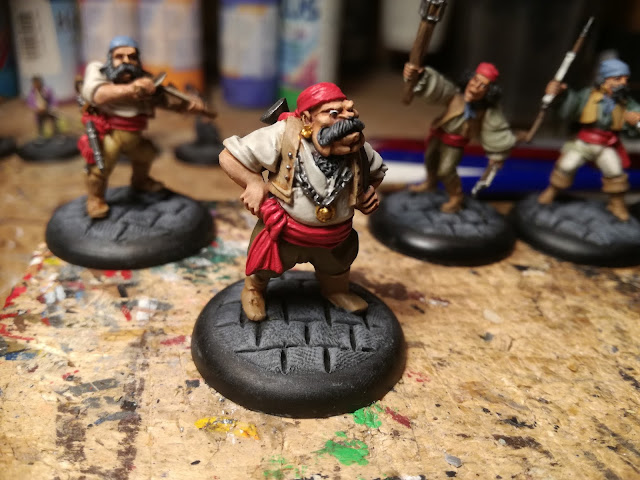 My favorite of the bunch

I have also decided that I want to upgrade my terrain, and once I have finished a commission paint job - hopefully this week - I will turn my attention to some of the scratchbuilt building I made some years ago.

Ruleswise I have decided that Empire of the Dead is to crappy a set of rules, and have therefore bought the In Her Majesty's Name supplement Gothic Horror, and will hopefully try out the rules this week. I have attempted to recreate all the Empire of the Dead faction in the IHMN rules as I find the factions full of flavour, but just with very bad rules.

This hopefully means that updates on this blog will be more frequent and a mix of both gaming reports, terrain building and painting showcases.
Posted by Kaspar Olesen at 09:21 3 comments:

Email ThisBlogThis!Share to TwitterShare to FacebookShare to Pinterest
Labels: Empire of the Dead, In Her Majesty's Name
Newer Posts Older Posts Home
Subscribe to: Posts (Atom)