After some thought I have decided to sell two of my armies - Azande and Force Publique that I made for Death in the Dark Continent.

Both armies are painted to a high standard and are based on 2mm thick 60mm x 30mm mdf bases with the exception of the bearers for the Force Publique which are based on 25mm washers.

- of course you can choose for some of the musket bases to represent more breech-loader armed bases.

Here are some pictures of the Force Publique: 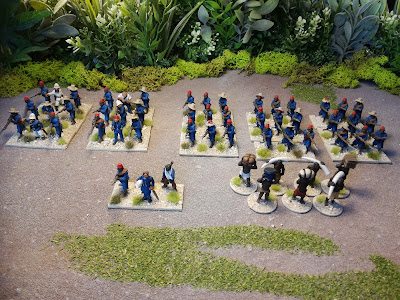 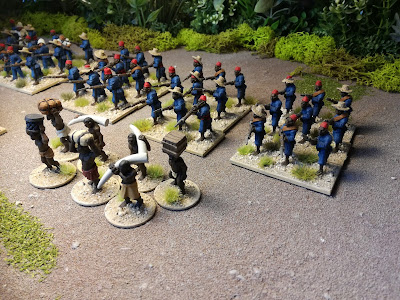 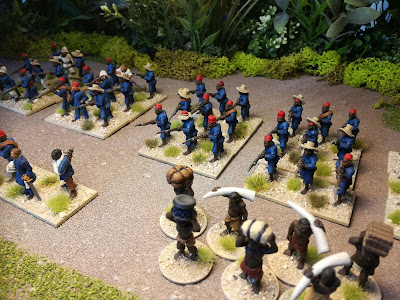 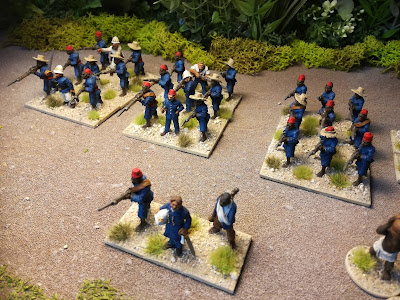 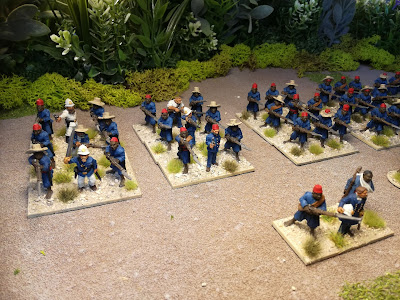 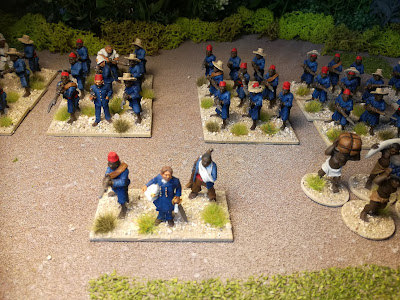 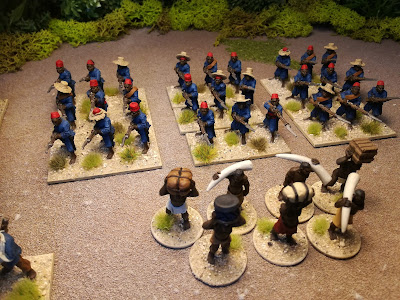 Email ThisBlogThis!Share to TwitterShare to FacebookShare to Pinterest
Labels: Death in the Dark Continent

Been over a month since I last posted. Real life has taken a lot of time, so while I have been able to paint, I only recently found the time to take some pictures.

This is my French Rear Guard, commanded by Marshal Ney for the retreat from Moscow. This is mostly Perry miniatures, with some Murawski Poles added, and a single Front Rank miniatures.

The force is made for Sharp Practice, and the troop types are home-made, since I wanted to make them weaker than a standard list. Among the rules is that each group has to roll to see how many men are still in the group. The result can be either dead or the figure has become a straggler. Thank you for the help that I received on the Too Fat Lardies forum in making this list.

The force consists of the following groups: 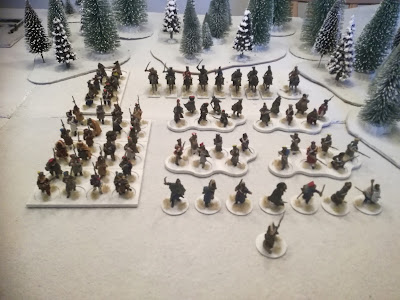 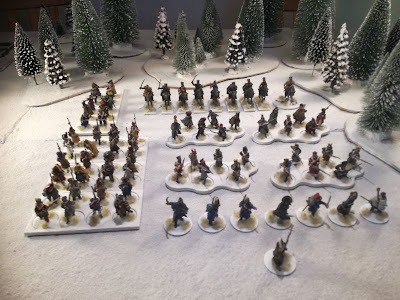 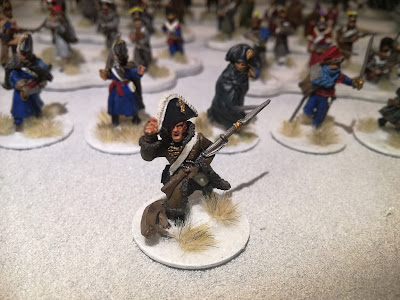 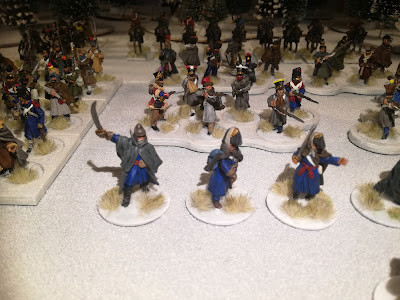 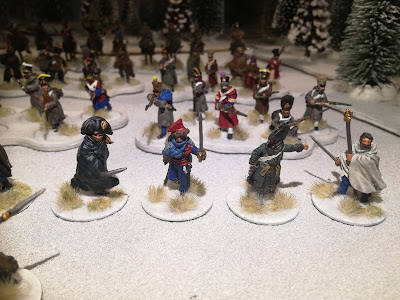 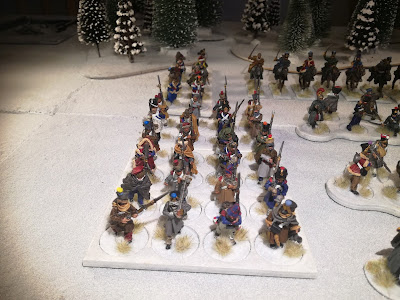 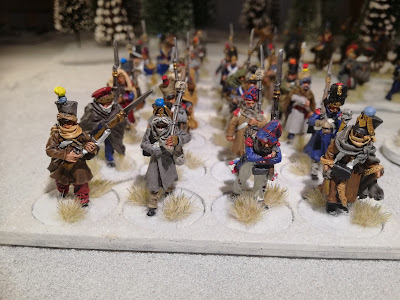 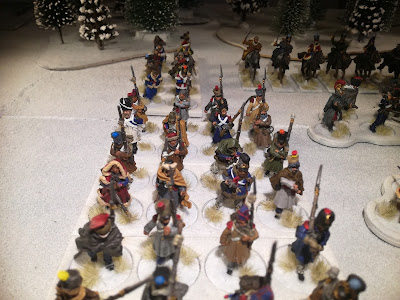 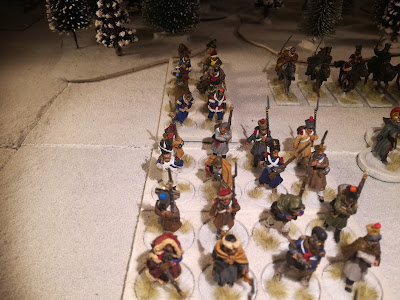 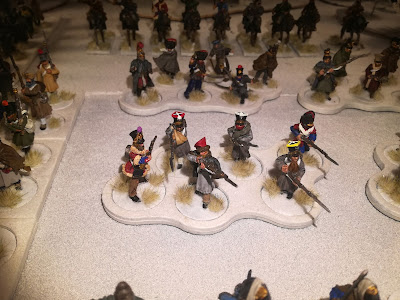 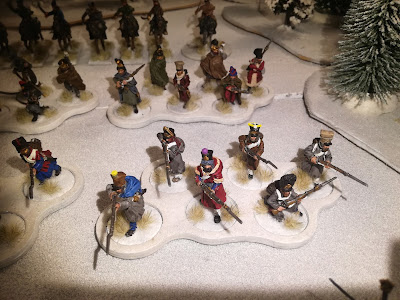 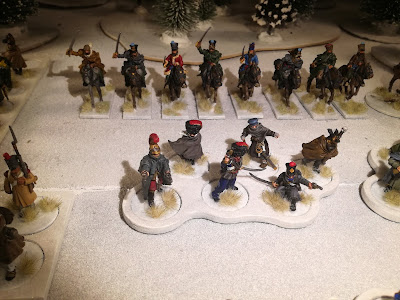 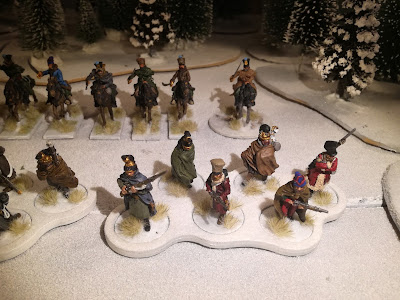 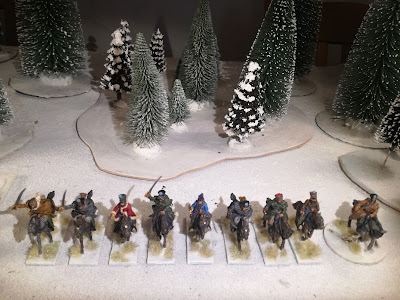 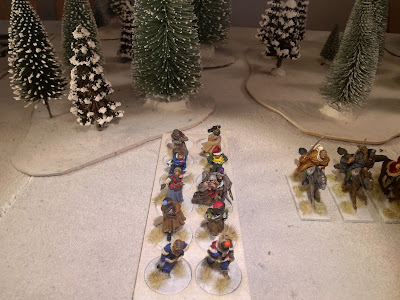 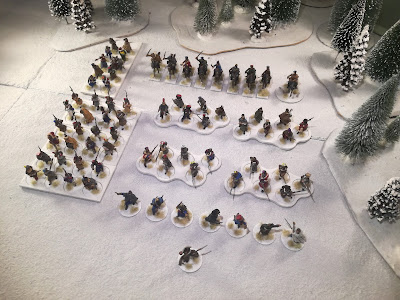 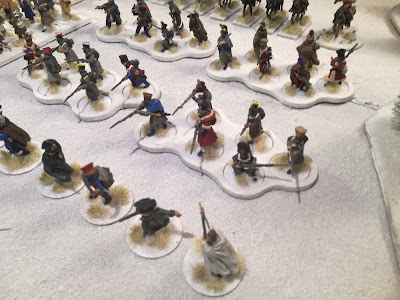 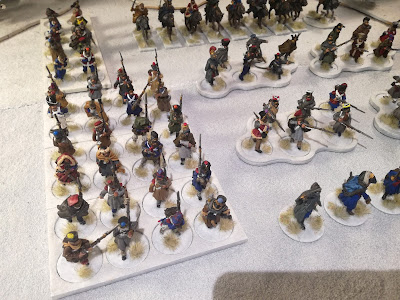 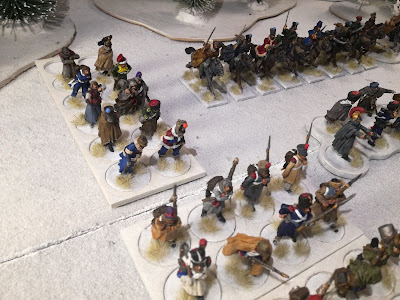 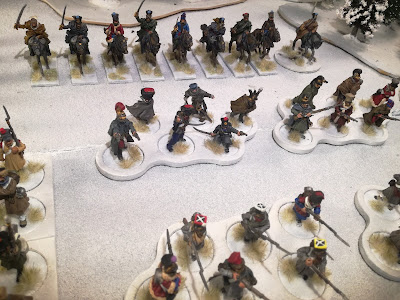 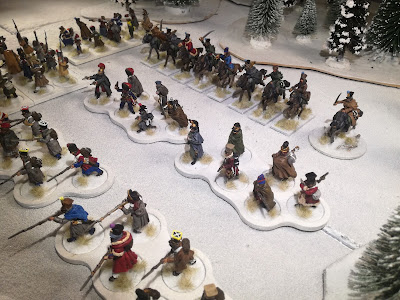