A change of tactics

Towards the end of 2017 and throughout all of 2018 my painting table has felt more like a production line as I have shifted from one project to another. During that time I have also had a few commissions, but on the whole my inability to focus on a period/setting/ruleset is the main culprit.

I have painted and sold the following armies since the beginning of the year:

All of them were only used a couple of times, and the ACW ones were never used before I sold them. While I have always made a profit on the armies I have sold, I have lost all energy towards painting armies for the time being.

It made me think about what I really wanted to do, and the answer was minor skirmishes in a long range of settings, but using more or less the same set of rules. Having looked around, my first answer was to use Sharp Practice with half sized units, but then I came across Fistful of Lead and it's black powder variant Horse and Muskets. This I what I have been looking for. A flexible ruleset, where one can still have heroes and small units. 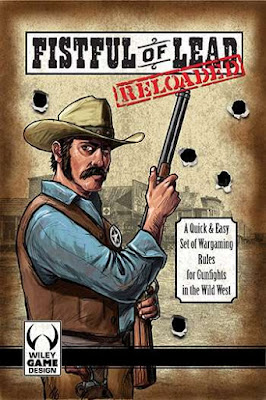 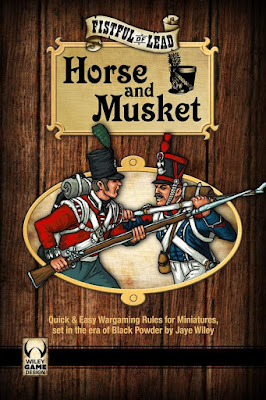 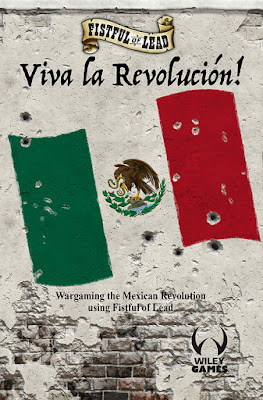 While I have yet to play my first game, I have started to paint some Napoleonic Peninsular War minis. Each side will consist of 4-5 groups of 3 men and 3-4 heroes. The groups will not have multiple wounds like the heroes, but rather one man will count as a wound and be removed when the group suffers a wound. This really fits what I want to play.

But have already been looking at Gringo40s 28mm Maximilian Adventure and Mexican Revolution. With units of 3 men I am looking to get between 15-20 minis per side, a lot easier to do than 40-70 that I have previously done. Other projects I can imagine is Boer War, Indian Mutiny, 1st Anglo-Afghan War, and FIW all now a lot cheaper and easier to get into with the limited amount of minis needed. I plan on using my huge collection of Gothic Horror models with the rules as well.

I will still be play Sharp Practice with my Retreat from Moscow armies, Bolt Action with my Hungarians and Russians and Draculas America, but Fistful of Lead looks to be what I have been looking for.
Posted by Kaspar Olesen at 14:04 2 comments:

I have been busy painting and it has therefore been a long time since I last posted.

I have two armies for the American Civil War that I am putting up for sale. These are freshly painted to a very good/high tabletop standard.

The minis are all Perry plastics from their different sets. Each army is identical, with the exception that the CSA has one more officer.

The armies have been made and based with Sharp Practice in mind, but can of course be used for other games. All minis are individually based on 25mm washers for infantry and 20x45mm for cavalry.

Each army consists of the following (for Sharp Practice):

I am looking to get £600 for both armies. Postage within the EU depends on the total weight, but if I can keep it under 2kg then it is £15. Otherwise it will be £35. 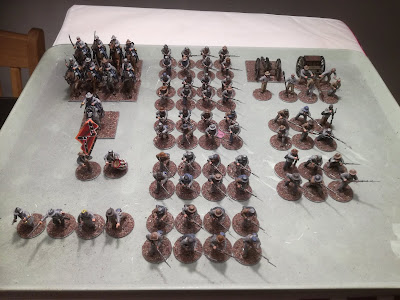 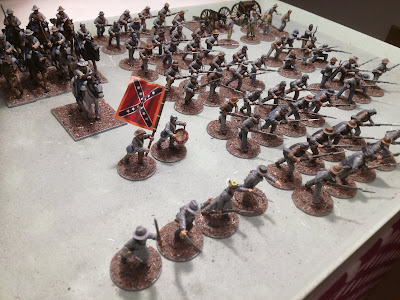 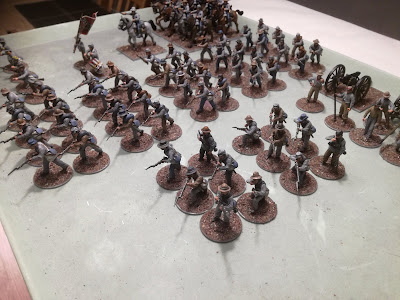 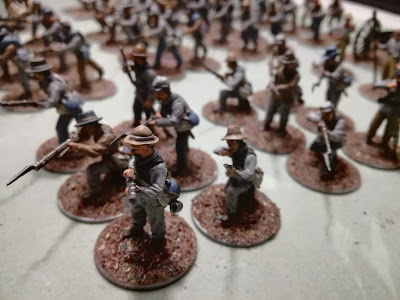 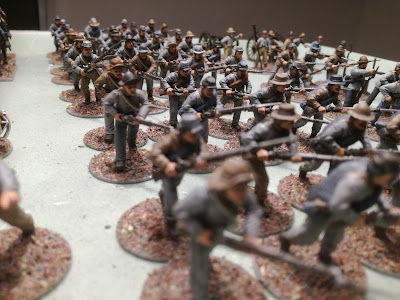 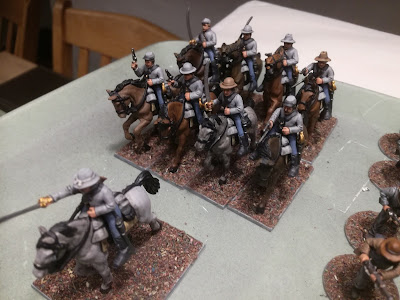 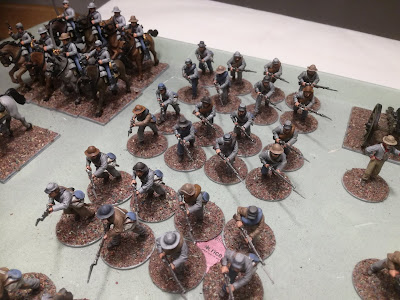 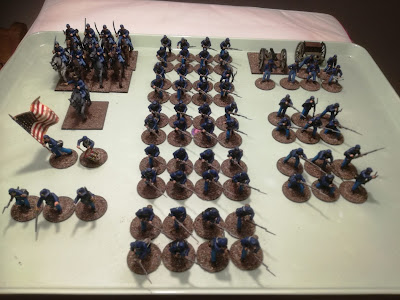 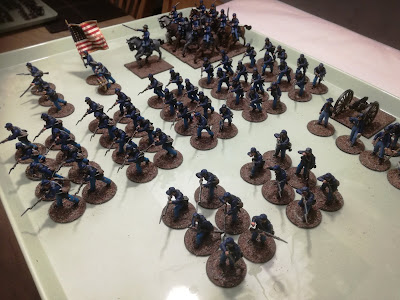 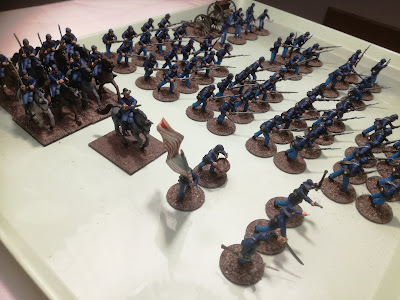 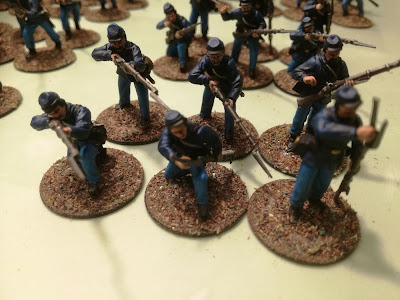 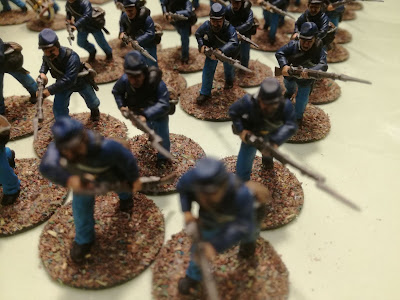 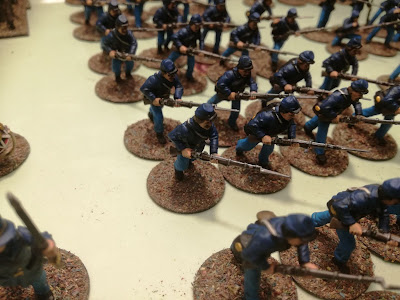 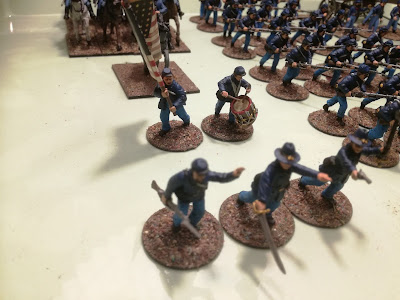 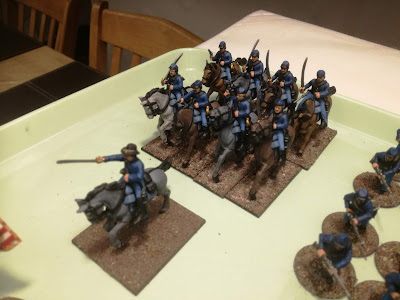 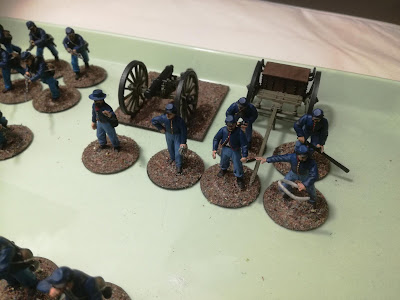 Posted by Kaspar Olesen at 22:30 No comments: