These are my thoughts on my new project that I have been thinking about for the past 3-4 weeks. It is inspired by the publication news of Broken Legions by Osprey and the Weird Wars Rome Savage Worlds RPG setting by Pinnacle Entertainment. The idea is to use the mechanics of Frostgrave, but each warband would have a leader added on top of the wizard, apprentice and soldiers. For most of the warbands there will be an option to add supernatural creatures. Right now I have made warbands for the following: Romans, Celts, Germanic Tribes, Dacians, Picts and Egyptians. 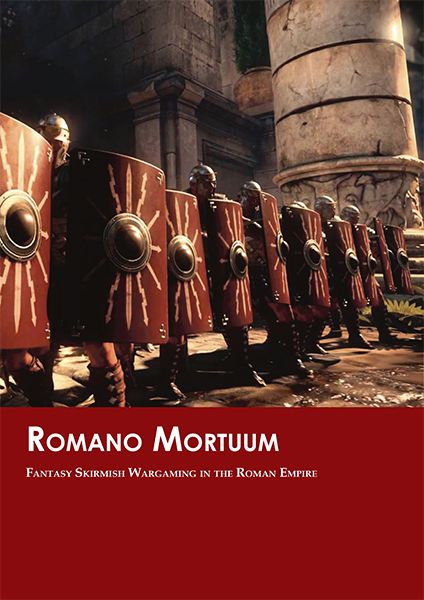 The Setting
An isolated ruined city on the outskirts of the Roman Empire, has recently been discovered. The Romans named the city Romano Mortuum. Initial forays into the city has shown it to be highly magical and there are numerous artefacts that are just there to be taken. The Romans have sent out special units to find these artefacts so that Rome may benefit from them, but also to make sure that their enemies don't get hold of them and use them against Rome. The enemies of Rome, but from conquered and at sovereign nations have sent special warbands to Romano Mortuum to try and secure some of the artefacts, so that Rome can be defeated.


Game Mechanic Changes
In Romano Mortuum is warband is lead by a leader (Centurion for Rome, Chieftain for Celts etc.) not by a wizard. The wizard is still there are function in the same way as in a normal Frostgrave game. Each warband can also still have an apprentice and a maximum warband limit of 10 figures in all.

This game also introduces supernatural soldiers available to all of the warbands, with the exception of Rome. Supernatural creatures in the warband activate in Soldier Phase like regular soldiers.

With the addition of a leader, a new phase is also introduced - the Leader Phase, which is the first phase each turn.

Each nation/warband has a special rule giving a national benefit to the warband.


Assembling a Warband
The wizard and leader are free, but all other members of the warband has a cost. Each warband group has a specific army list from which the warband must be assembled.


The Leader
The leader has his own phase - the Leader Phase where he activates.
The leader can carry 3 items in addition to their standard starting equipment.

Skills
Unlike regular soldiers your leader is a hero and thus has access to a number of skills that either improves him or those around him. When first creating your warband leader, roll a d20 to see which skill he starts with. As your leader gains levels he may acquire new skills.


Experience and Level
Your leader earns experience in the following way:

When your leader has earned 100 xp he gains another level. For every level a leader gains, he may choose to improve a stat (like a wizard and with the same restrictions), or learn a new skill. 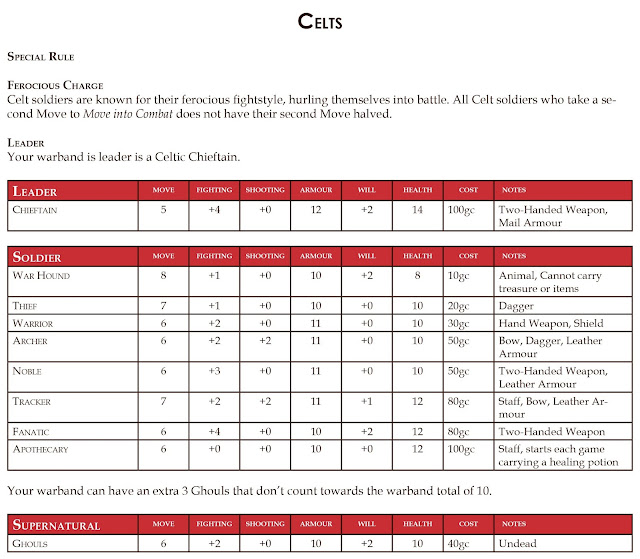 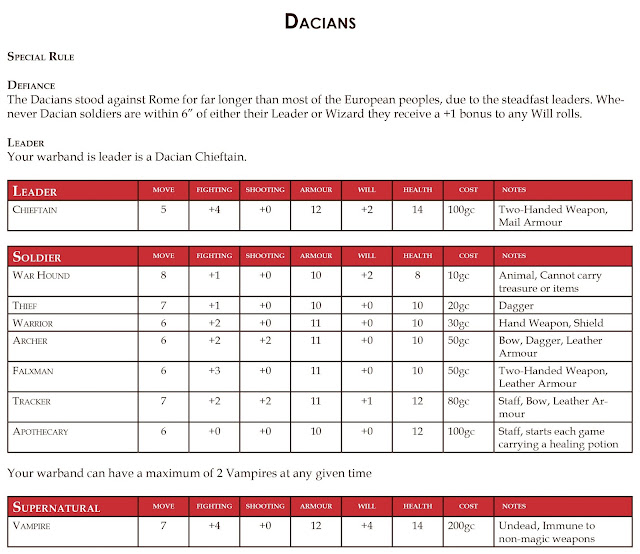 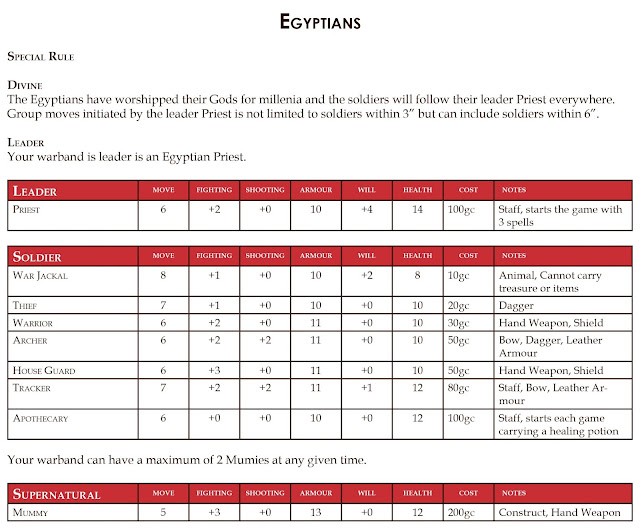 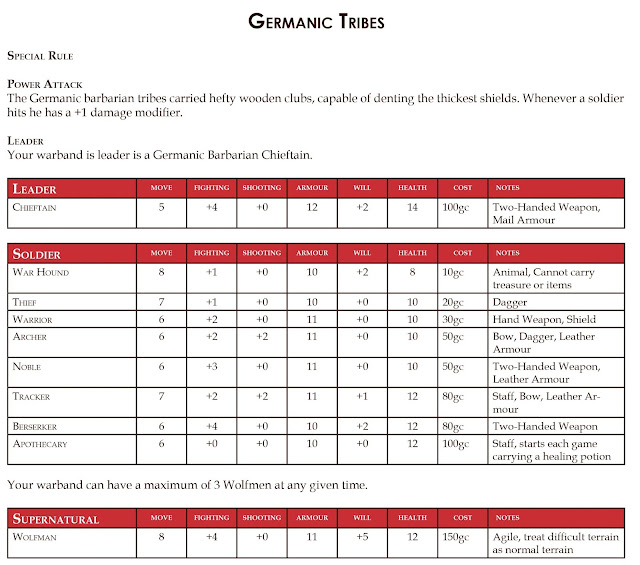 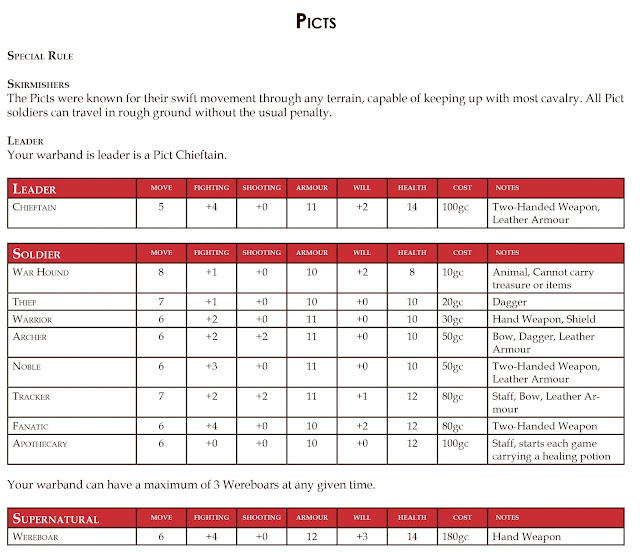 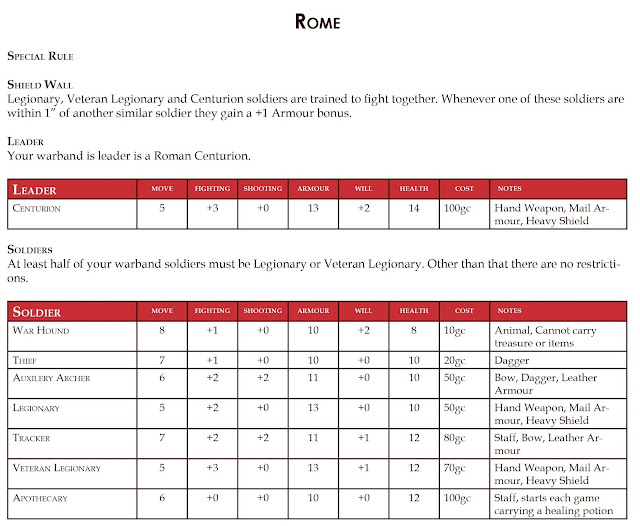 If anyone is interested in this let me know and I will send you the above information in PDF files.

Comments and critique is as always appreciated.
Posted by Kaspar Olesen at 15:56 3 comments: 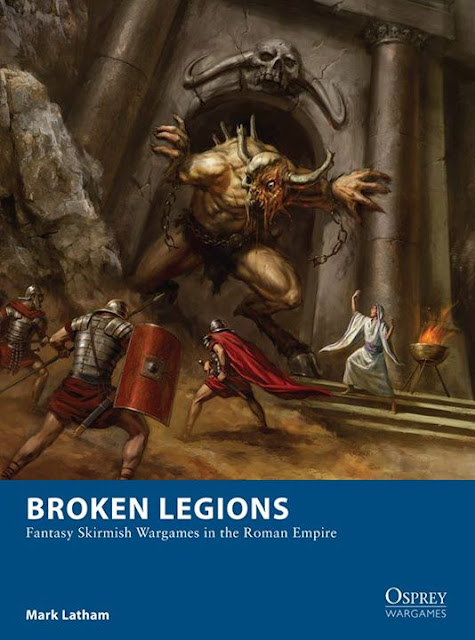 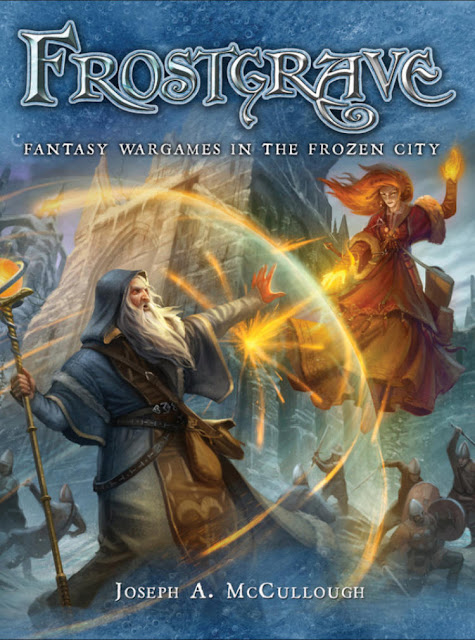