During the week I came across three videos on YouTube, where a guy is trying out the Sharp Practice 2 rules for his Indian Mutiny collection. He does not have an opponent, but is controlling both sides so that he can try out different aspects of the rules. He makes some mistakes regarding the rules which I believe is a huge factor in his not to enthusiastic view of the rules.

His solo gaming made me want to try out the basic mechanics of the game myself - one thing is to read a set of rules another is to get minis on the table and try them out.

So Friday evening I set up a 4x4 table and mustered two forces for equal points. I deliberately left out artillery, characters and any support options so that I could keep things simple. The scenario was the first in the rulebook "An Encounter" where the objective is to break the opponents Force Morale. 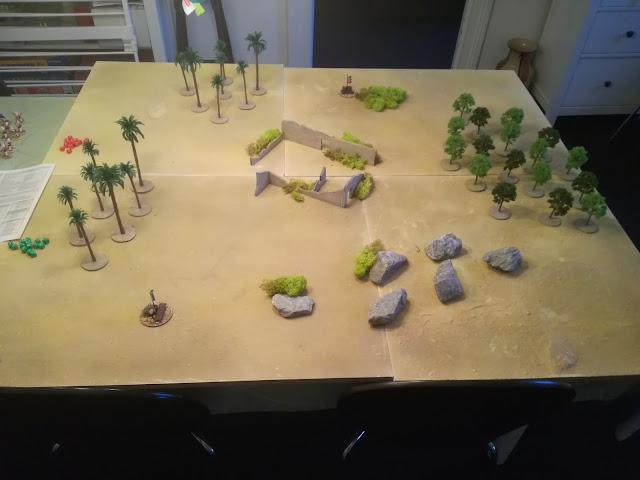 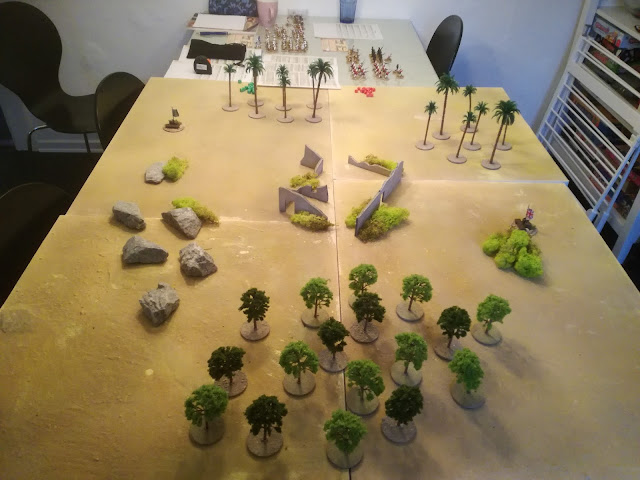 Despite not having tried the rules yet, upon reading them I felt that the Rebel Forces were too weak and that the Well-ordered Sepoys and Badmashes with Big Choppers could do with some adjustments. The Weedy Coves characteristic in particular seemed a harsh judgement of sepoy melee capabilities, so I removed that and gave the Badmashes with Big Choppers Aggressive. I also changed the Well-ordered Sepoys so that they could always be in formation and fire Controlled Volleys - this makes them stand out a bit more compared to the Sepoy Rabble. Of course the points cost also changed.

These are the forces I selected for the test game - 45 points each:

This meant 4 Leader chips and 4 Command chips for each force and the Tiffin chip weant into the bag.

In the first round it was all about get the troops deployed. The Rebels were quickly deployed, with only Rakesh Mani still of the table. They even managed to gather 4 Command chips, so Nitin Prakash activated again and ordered his Well-ordered Sepoys further forward. For the British on Major Malcolm had managed to deploy.

Round two got more movement out of the Well-ordered Sepoys who took a position near the ruined building in the centre of the table. The remaining Leaders on both sides deployed, with Rakesh Mani's Badmashes near the board edge so that they could try and make use of the rocky outcrops on their left flank. The Gurkhas deployed behind the British regulars and the Native Skirmishers took up a position close the runed building in good cover.

Round three saw the Major Malcolm order his British regulars move forward and into a position just right of the ruined building - a risky move as the Well-ordered Sepoys of Nitin Prakash had not yet acted. The decision proved a bad one as Nitin Prakash then activated and moved his formation to the left so that they would come into a good position to launch an uncontrolled volley. Prakash troops fired and got two kills and added a further couple of shock points to the British.

In subsequent rounds more troops moved into good positions and managed to get shots off. In a lot of rounds 4 command chips were gathered for one side and gave another activation for a Leader - this proved very valuable in most situation. Three times I drew 3 command chips in a row, which meant that a random event occurred. Here the Rebels suffered worst as Gautum Ashok, who had taken one of the Sepoy Rabble groups on his own, ended up being gunned down by his own men thus lowering his Leader Status to 0. Abhay Akbar was too enthusiastic and had moved in front of his men, who then subsequently ran him down - in gaming terms this meant that Akbar would not activate in the next round. Lt. Nicholls' Gurkhas ended up having wet powder, so they would only fire with half the normal dice when shooting - at this point the Sepoy Rabble had shot them to pieces and they were constantly withdrawing with so much shock on that they would not be doing any more shooting.

I ended the game when it was still in the balance - I think I played 12-13 rounds. Major Malcolm's British regulars lost more men and were loaded with shock, but after many rounds rallying they came back and took their revenge on Prakash's sepoys. Sgt. Johnson who was attached to the British regulars proved invaluable as each round he could rally of a single point of shock on top of Major Malcolm.

The Native Skirmishers of Sgt. Kilbane started the game using their rifles to good effect, but ended up being forced to withdraw when a group of Sepoy Rabble entered into fisticuffs with them.

So what did I think of the rules? Well I think they give an excellent game - and most of the rules I could not remember I found. Only three times have I been unsure of what the rules said, but I have found the answer later on.

Shock is an excellent mechanic and it really is a game about getting your opponent so loaded with shock that he does not want to fight. The command chips give a bit of control back to the player and they work. The risk of using uncontrolled volley compared to controlled volleys is also good, and the Rebel Leaders had huge problems getting their troops to stop shooting.

As a solo game I quite enjoyed myself and I might just have another go at it. My friend Chris who is not to keen on unit games and historical games has promised to give it a go and I am glad that I have tried the rules myself.

So I would highly recommend the rules for anyone who is looking for a large skirmish game where there are a lot of tactical choices to be made.

Took a lot of pictures: 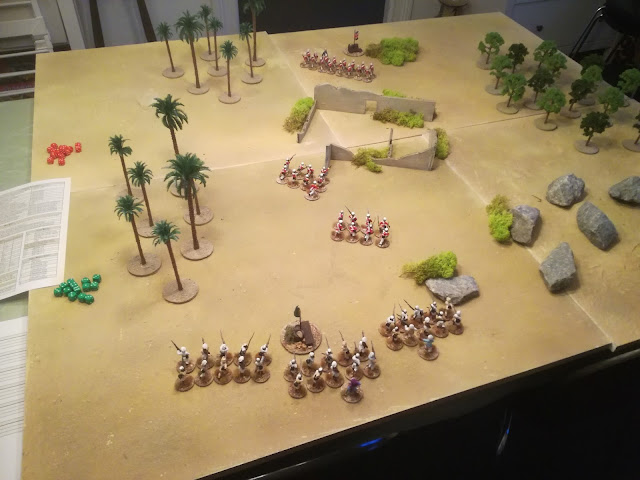 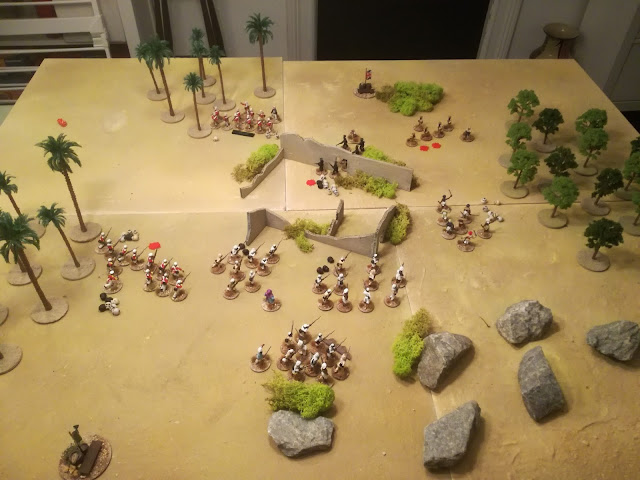 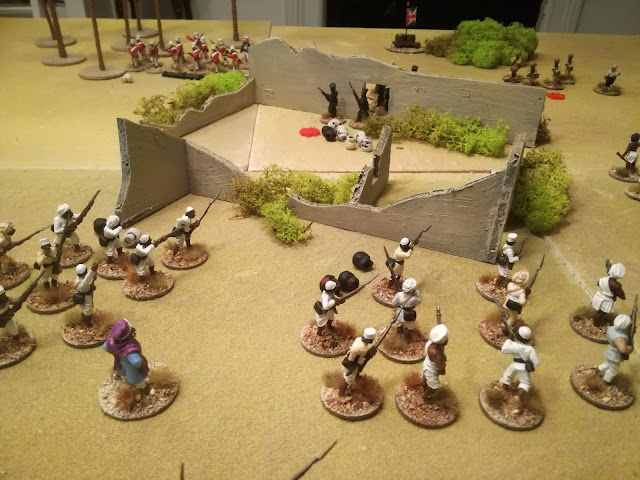 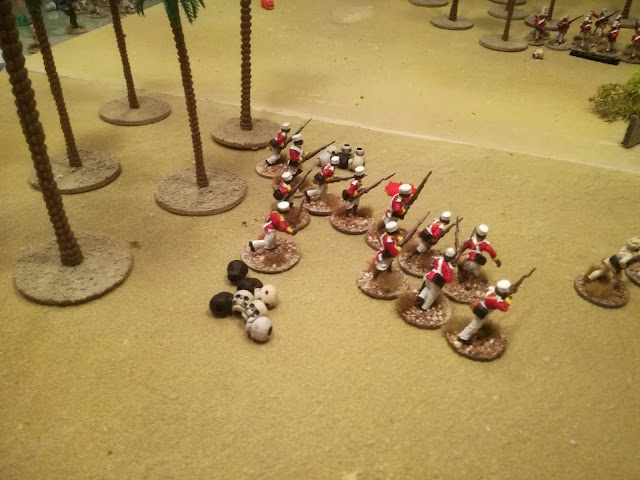 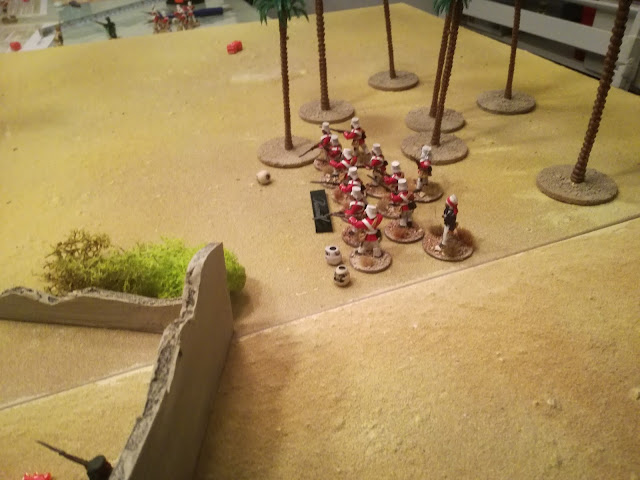 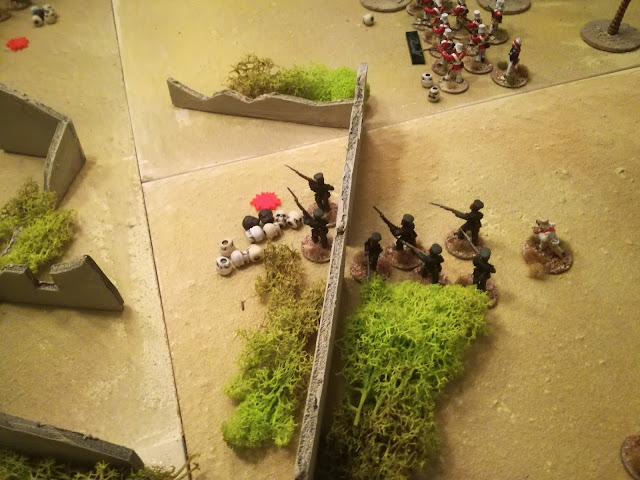 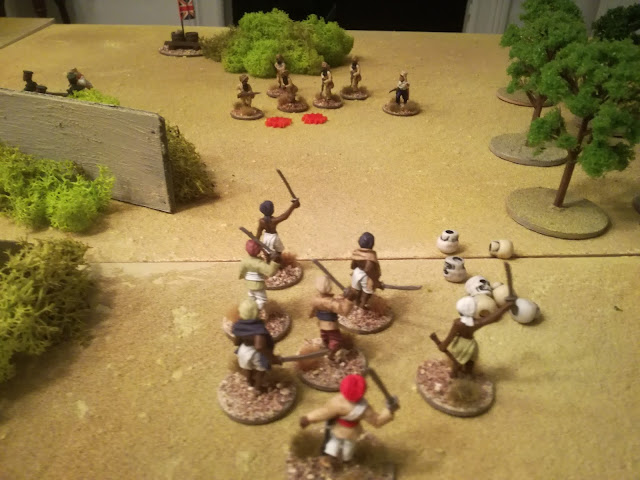 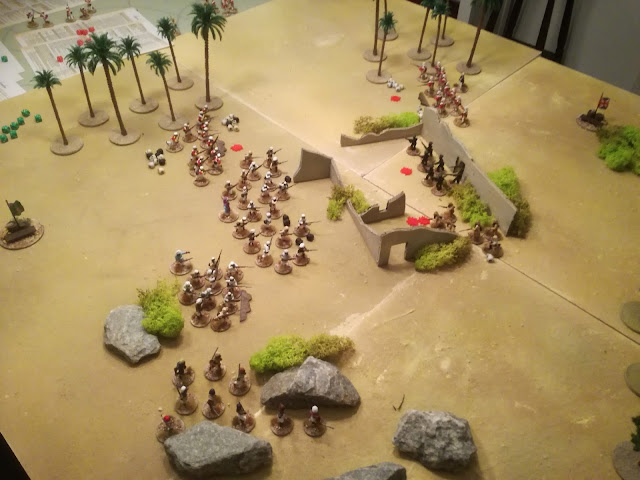 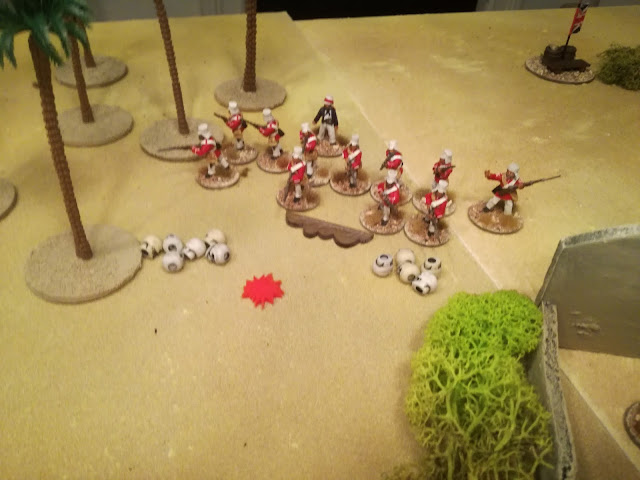 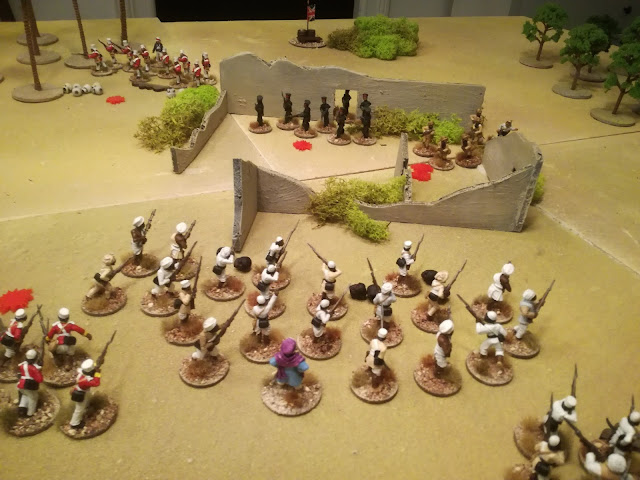 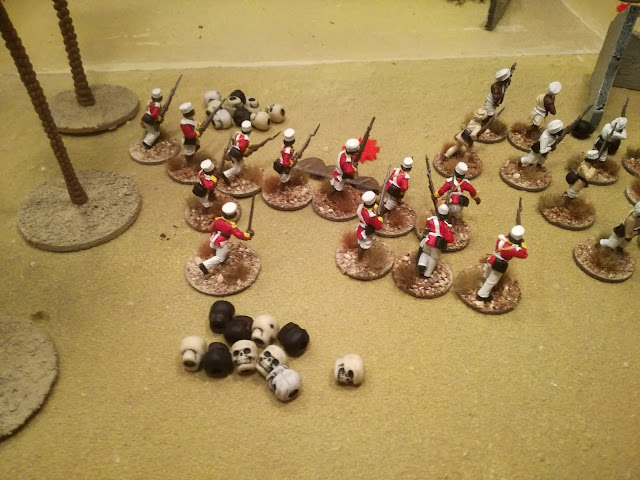 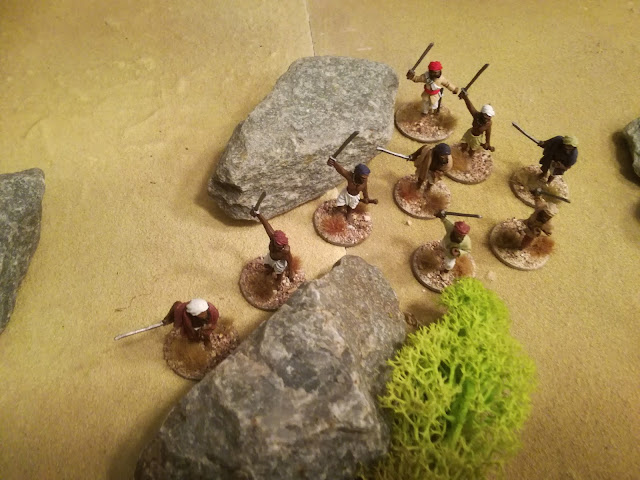 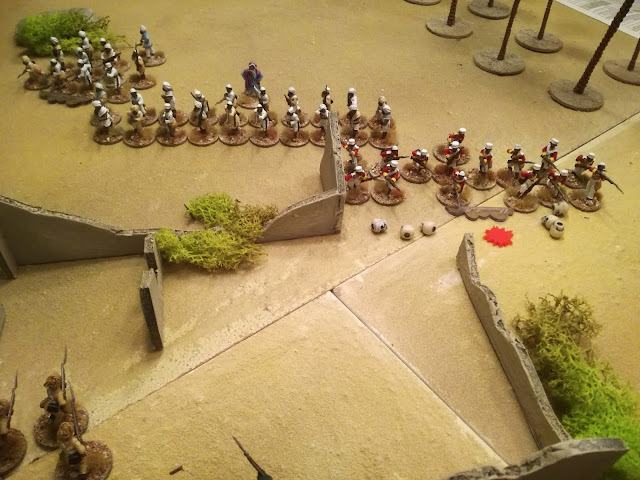 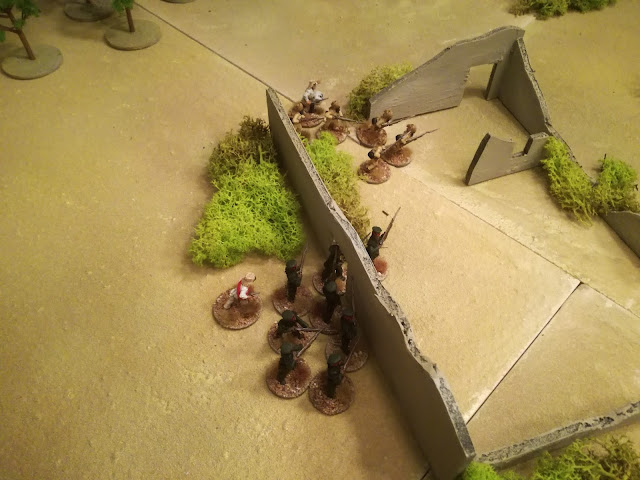 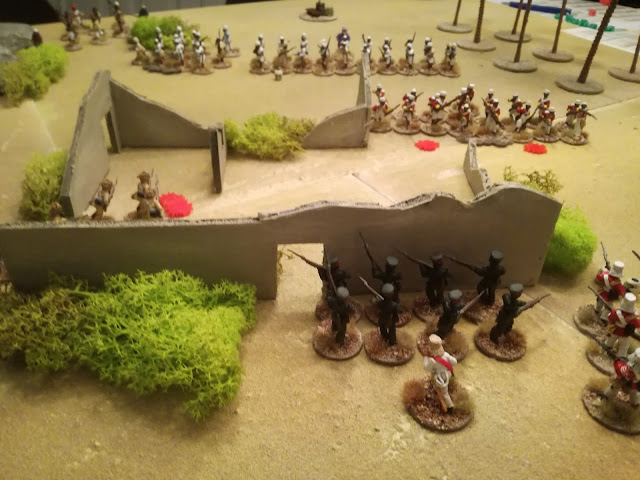 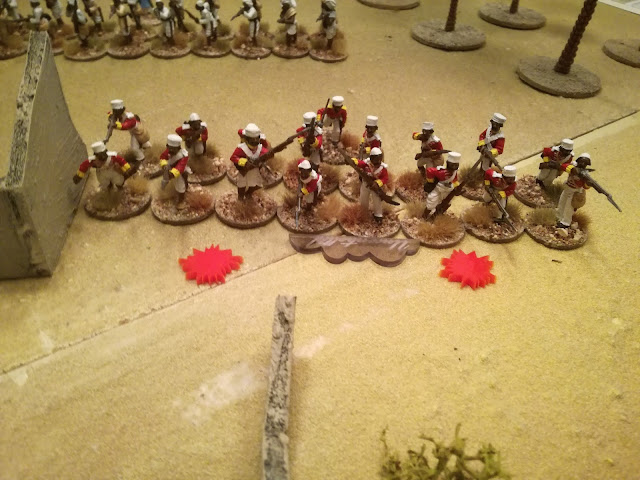 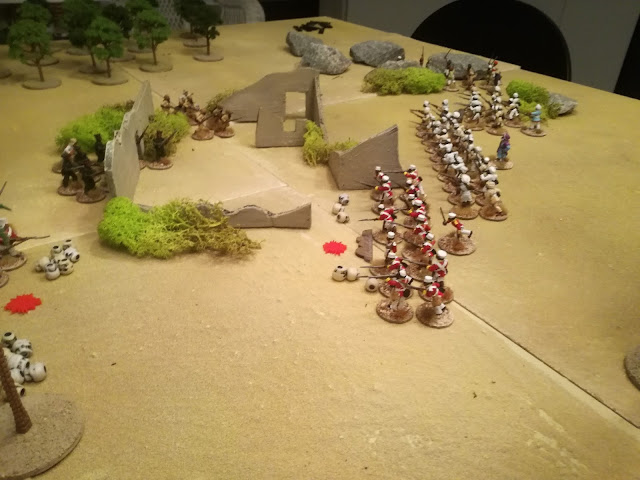 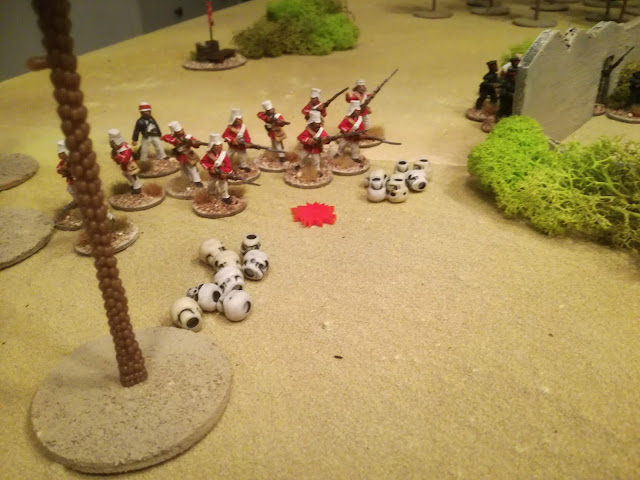 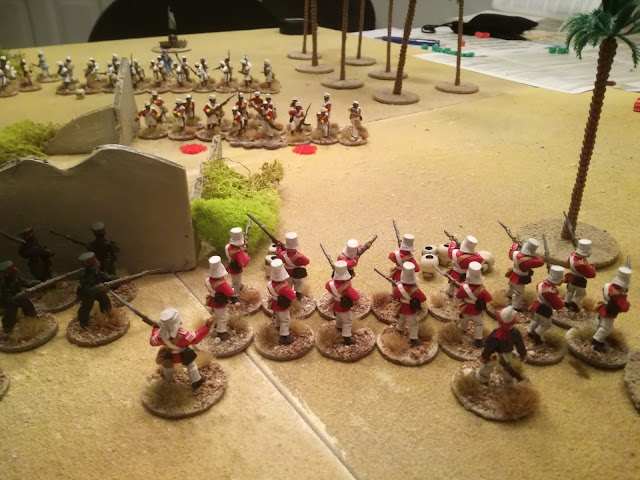 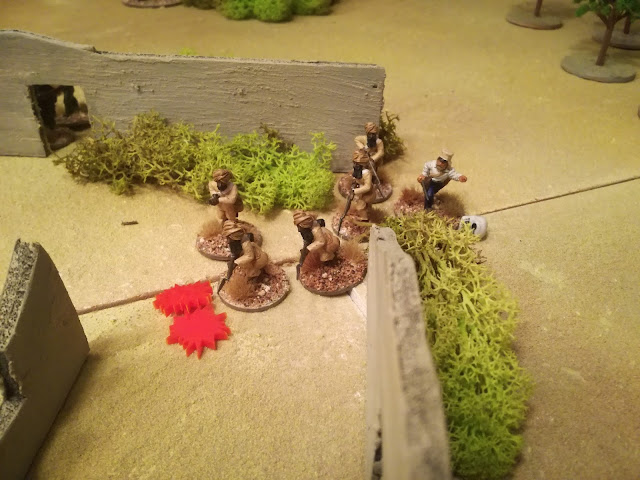 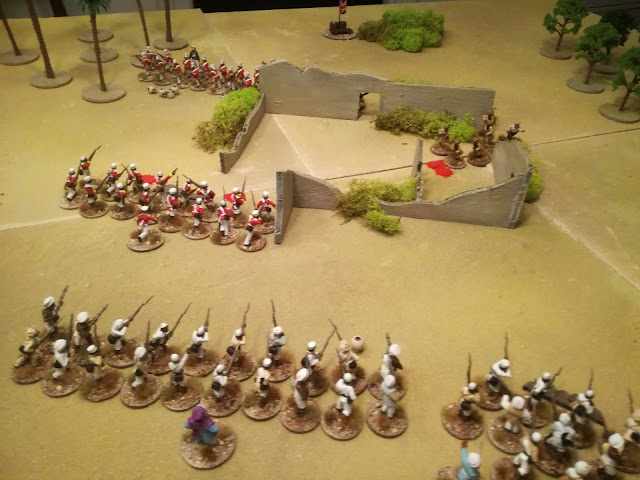 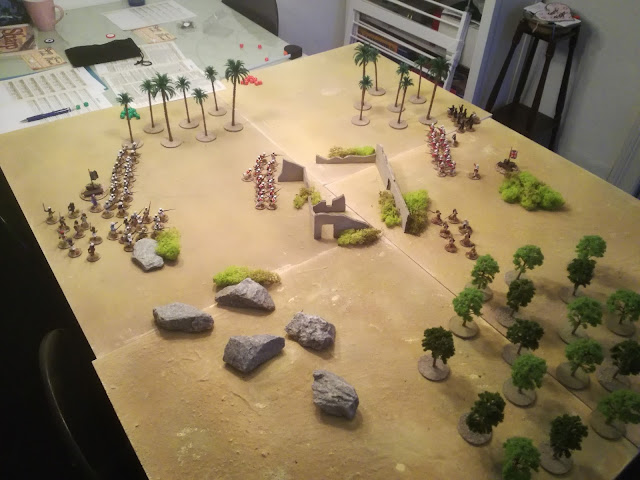 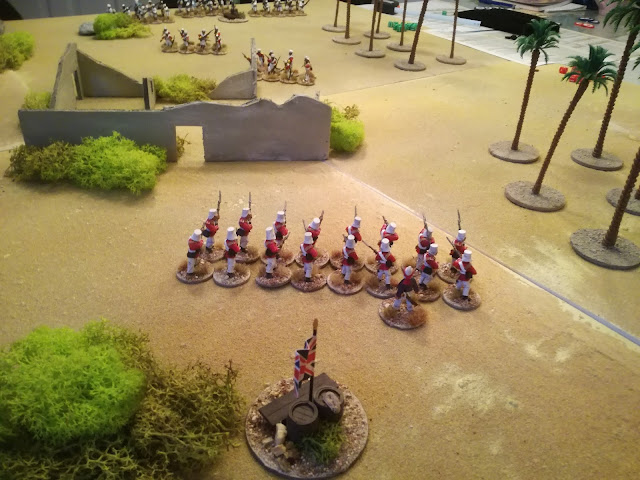 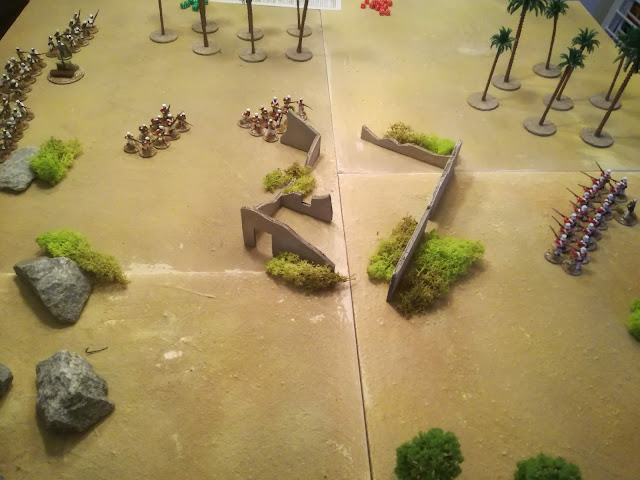 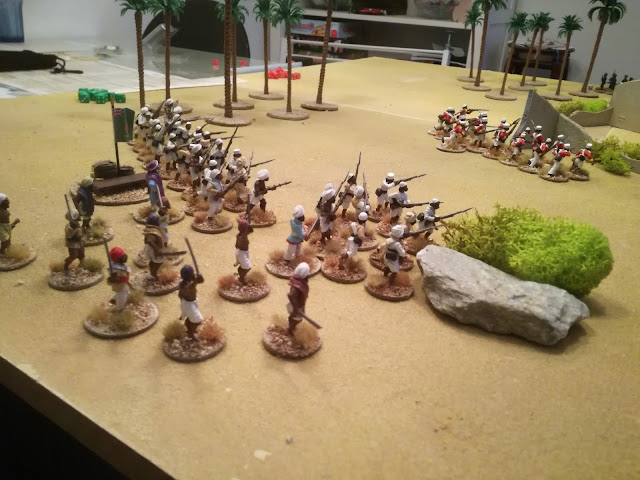 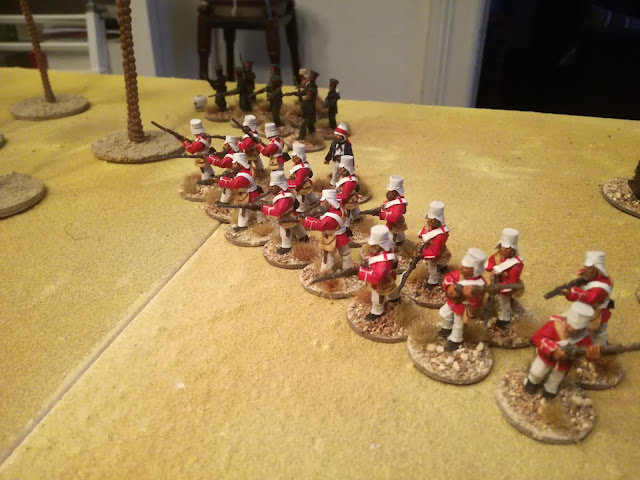 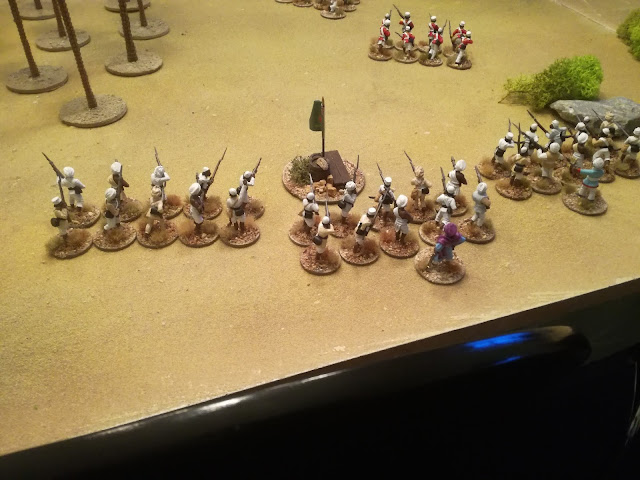 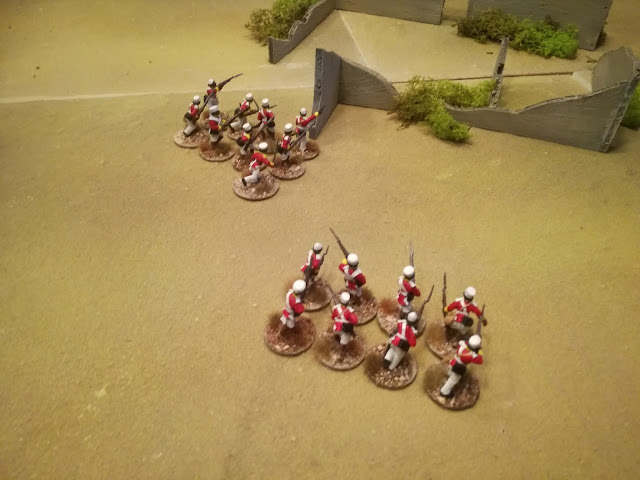