This is Not a Test - Terrain and Board

My friend Chris has always had a thing for Post-Apocalyptic games, but we have never tried a tabletop game. PA games are normally not my thing, but when he asked me to have a look at the Guerilla Wargames YouTube videos of This is Not a Test I did.

Initially I was not impressed, but after a few more battle reports I got the feeling that this could actually be a lot of fun. We started talking about what kind of warband we would like to try out, and I started to think about what terrain could be used.

Now the miniatures I will get back to in another post. My warband is fully painted, but I still need to base them - waiting for the bases to arrive along with Chris' figures.

The great thing about PA terrain is that almost everything can be used. So it was basically just to gather what I had lying around and they bring a PA feel to it. They look I have aimed for is a completely ruined light industrial area, where some warbands have made use of some of the terrain. I liked the look of the board that Guerilla Wargames are using, so that served as inspiration as well.

For the board itself I wanted some destroyed roads as part of the board, but placed in a way so that the boards could be changed from game to game without the roads on them looking stupid.

After I had finished I realised that I would need some kind of barricades that could help define the board more, so that is why they are not part of the pictures of the setup board.

Here are some pictures of the finished terrain and the board itself. 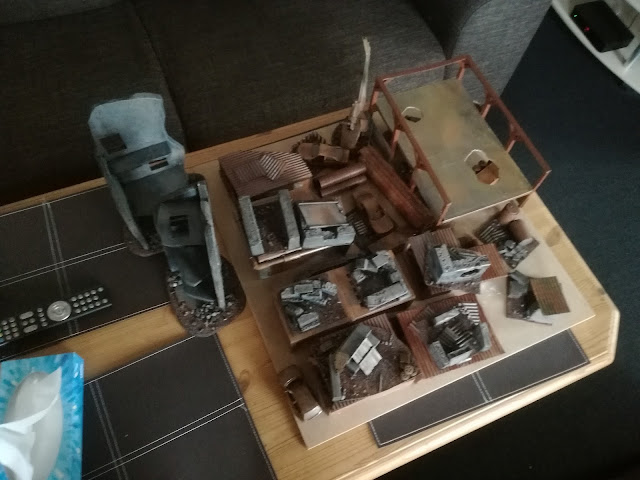 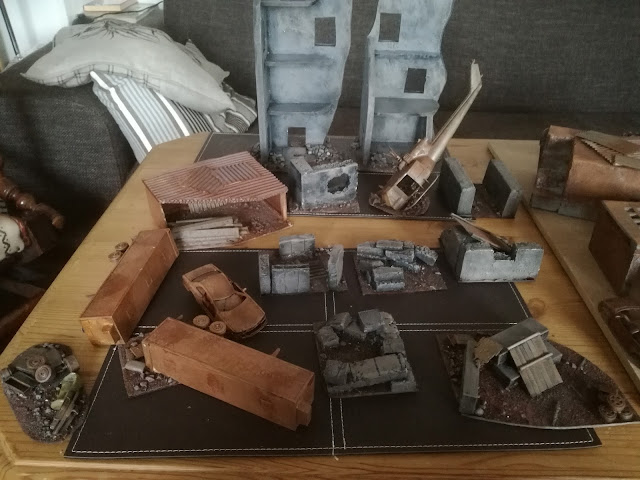 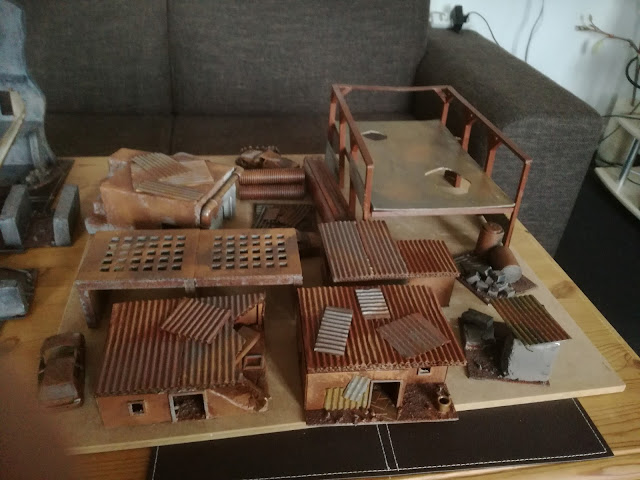 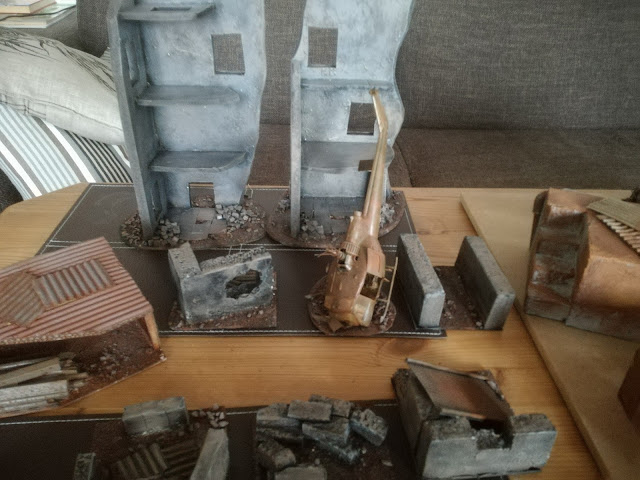 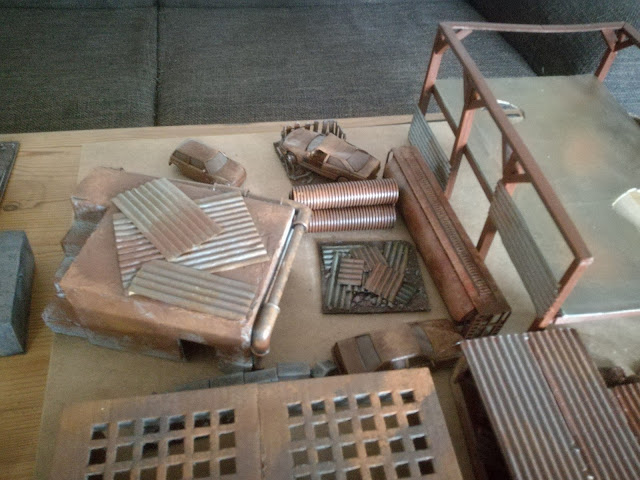 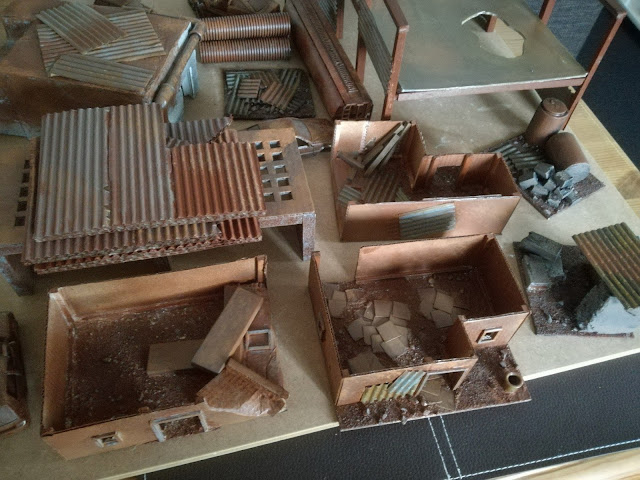 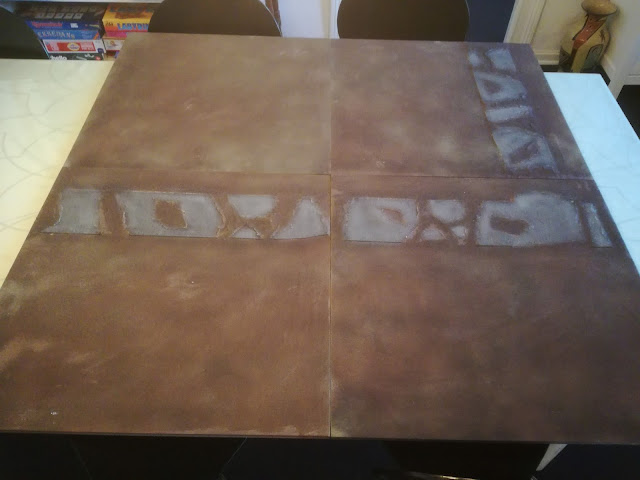 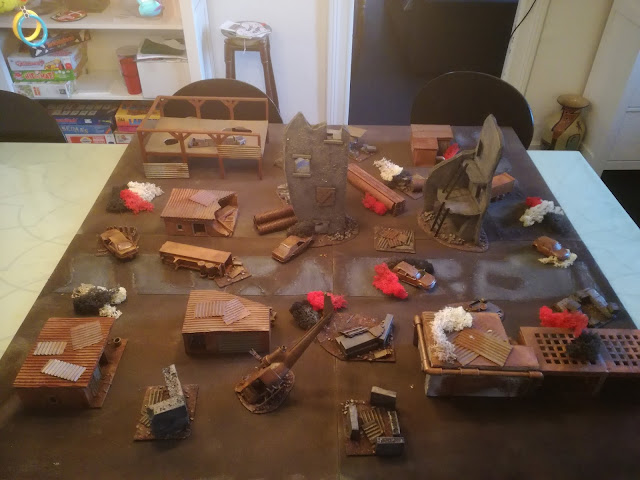 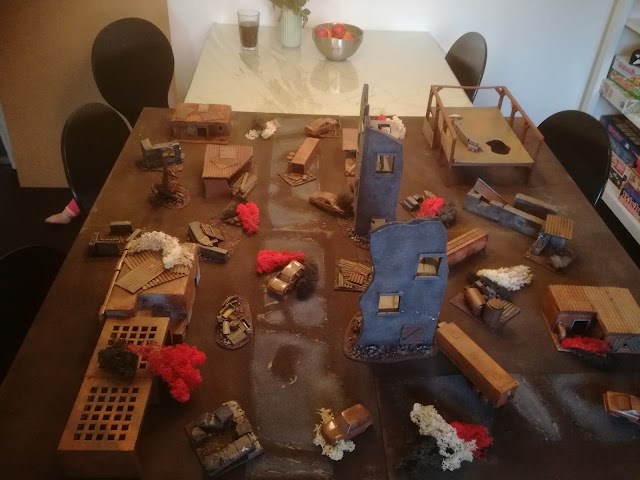 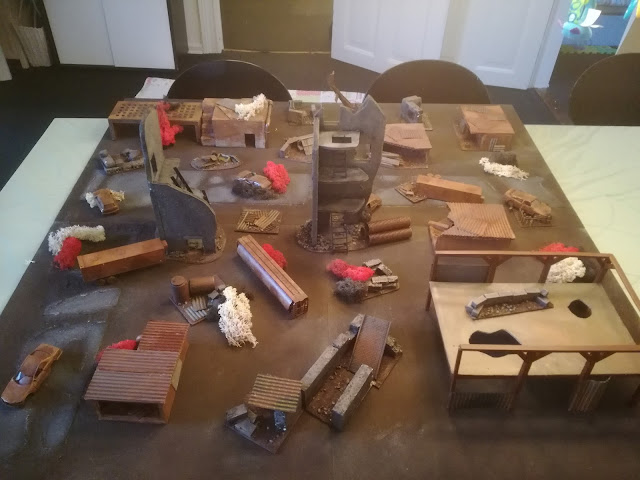 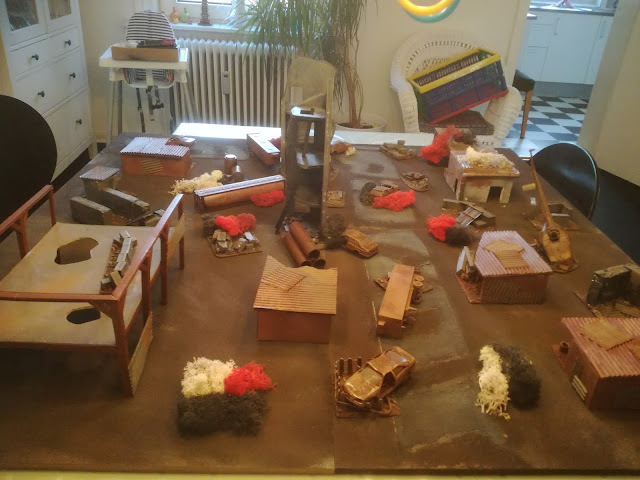 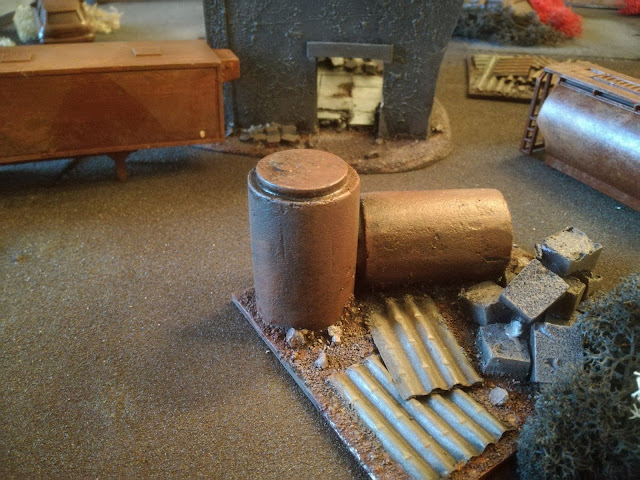 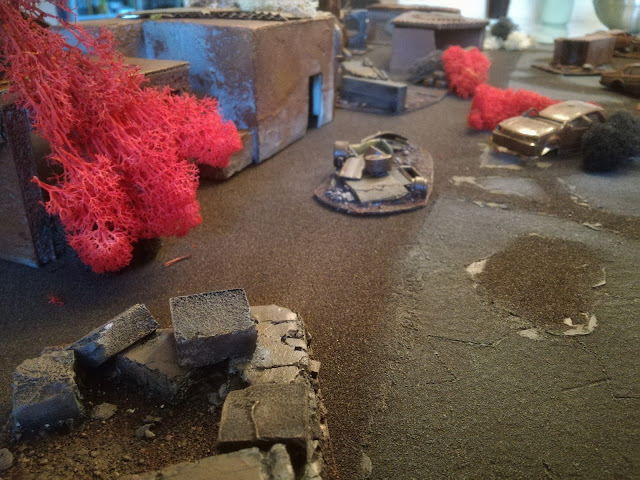 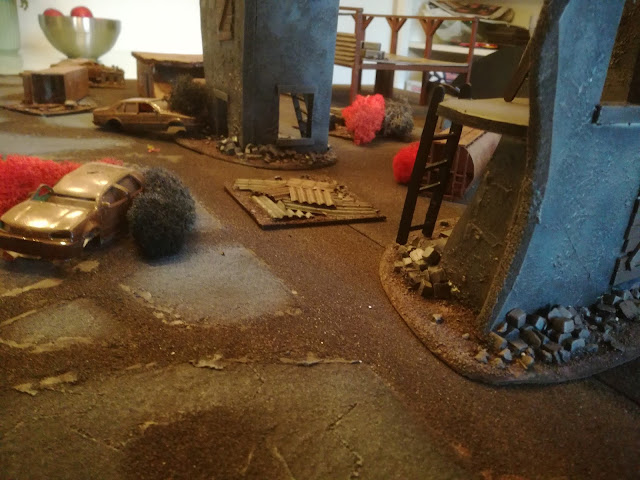 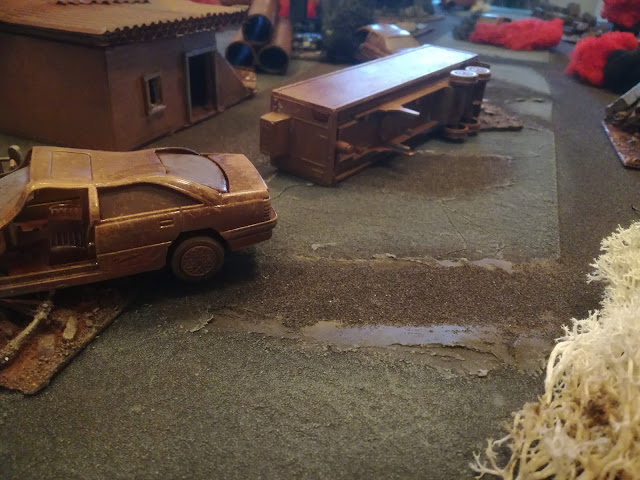 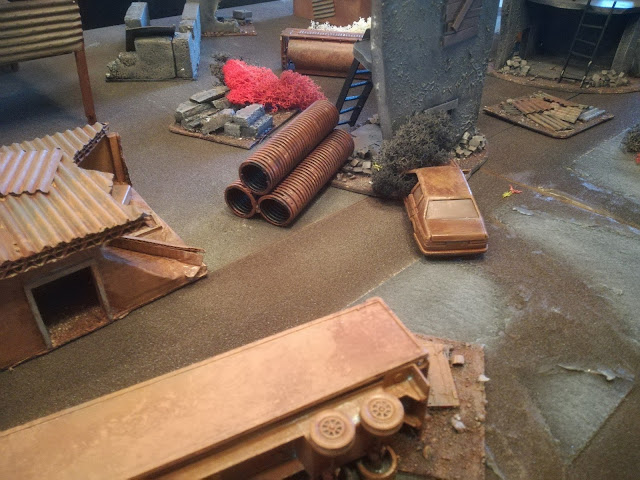 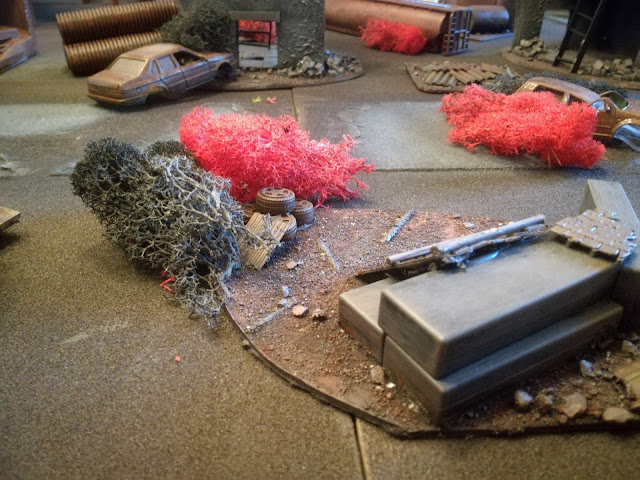 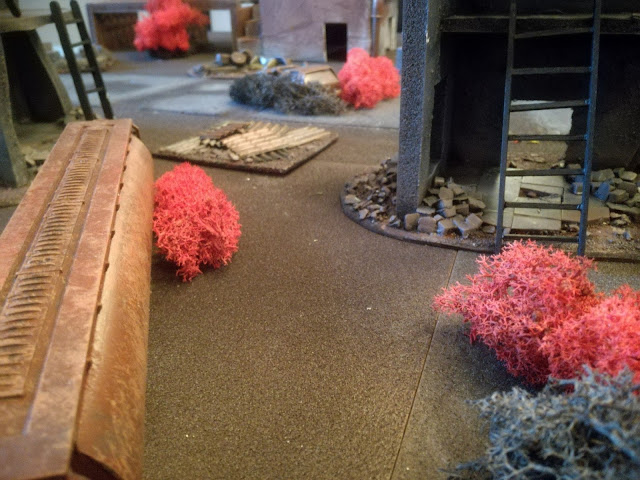 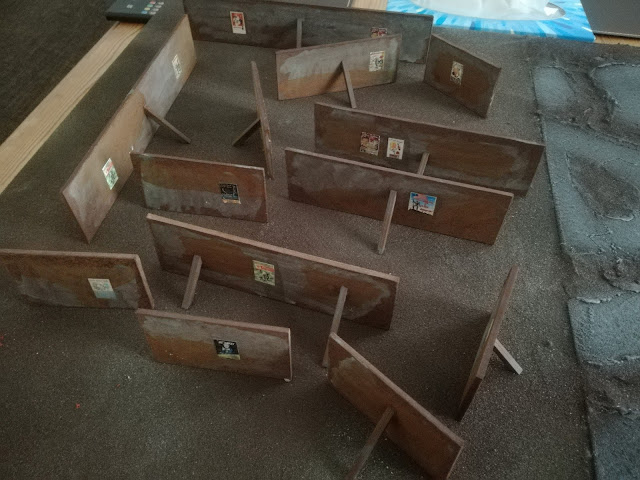 Email ThisBlogThis!Share to TwitterShare to FacebookShare to Pinterest
Labels: This is Not a Test