Finally had a chance to start my colonial wargaming yesterday when my friend Frank came around to my place with his beautifully painted Pathan forces. With him he also brought his scratch built British fort, which looks tremendous. 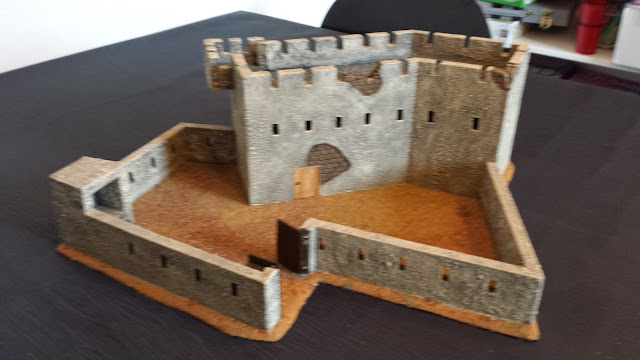 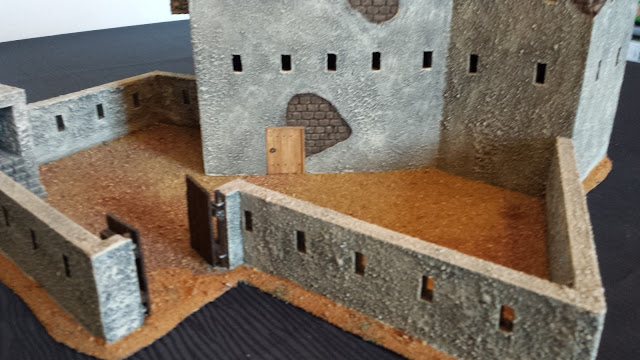 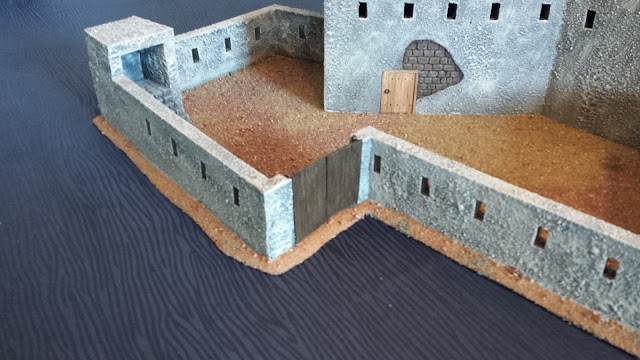 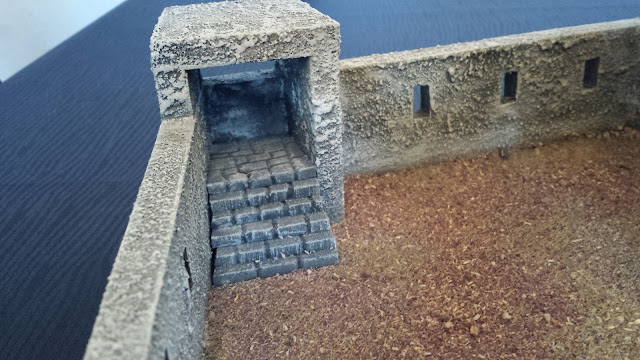 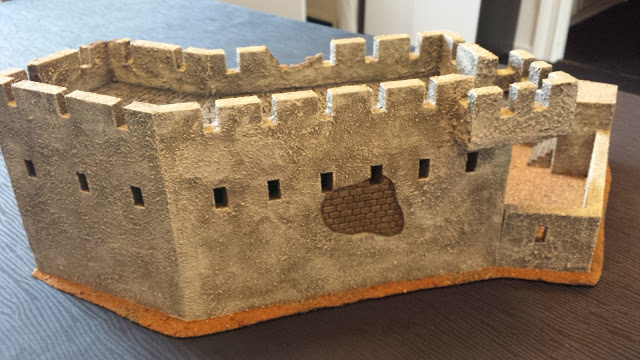 The rules for our game is my own reworking of the Lion Rampant rules, altered where I have found information from the upcoming The Men Who Would Be Kings rules by the same author Daniel Mersey.

Since neither of us had tried colonial wargaming before and because Frank is not really into unit-based games we had decided to half the number of figures that each unit normally consists of. The means that a regular/irregular unit is 6 man strong, while tribal units are 8 man strong.

The scenario we played was a straightforward one where we would have to take out each another. We rolled a Leadership score for each of our unit leaders and a Leader skill. My British forces consisted of three units:

My unit leaders where pretty unspectacular with all of them having a score of 7, while the British regulars would be able to reroll a failed Discipline test, the Sikh "gained" Wild Charge and the Guides Infantry could reroll one failed Fire die.

Frank on the other had rolled quite well and managed to have two of his leaders be Inspiring, meaning that they would get an Ordered activation on top of their Free activation each round - not good news for me. His forces consisted of the following units:

All units started off the table and would need a successful Move activation in order to deploy.

The rules proved to be quick to learn and the flow of the game was okay considering that it was the first time we played them.

For me one of the measurements of a good ruleset is if the game balance flows back and forth between the two forces and this was very much the case in this game. Final result was that the Inspiring Pathan leaders extra actions proved decisive and the Pathans killed off the British.

The smaller units was not an issue and the game/rules did not suffer at all.

Here are some pictures from the game. 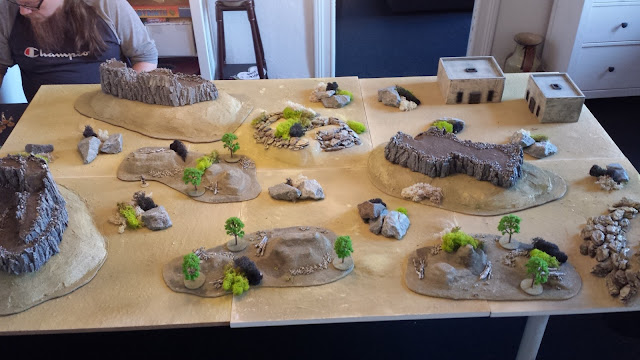 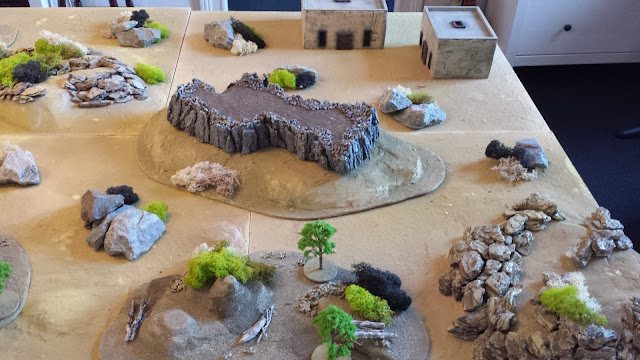 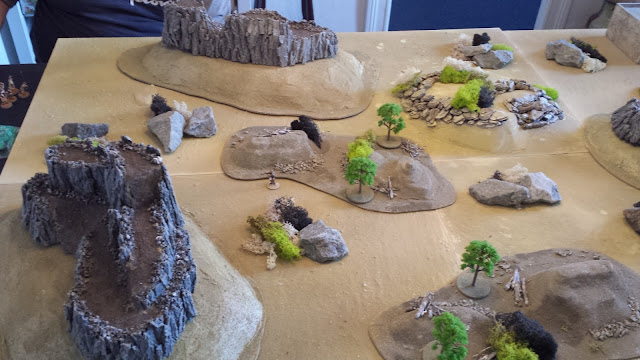 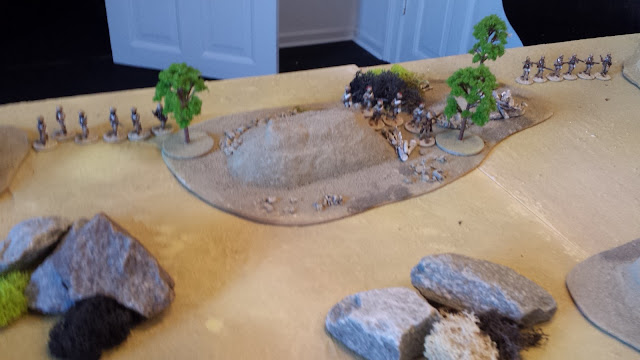 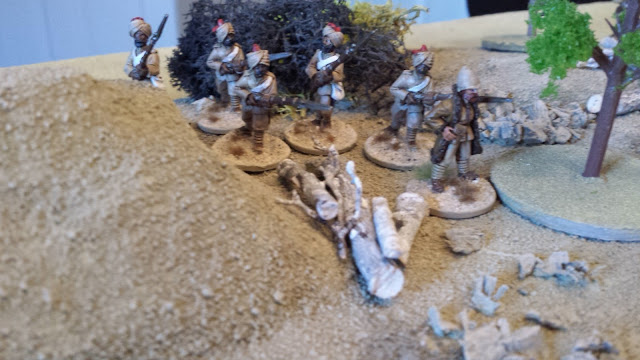 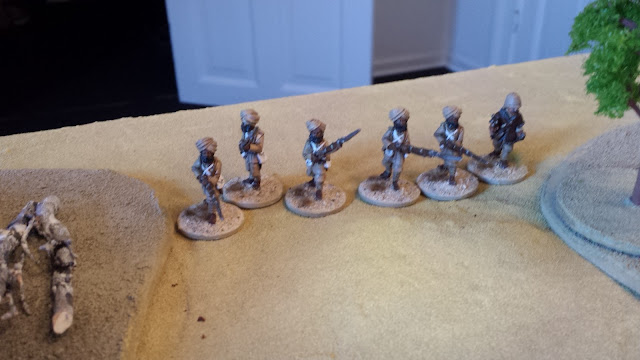 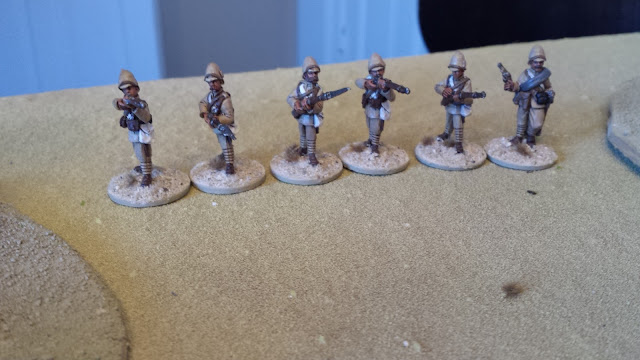 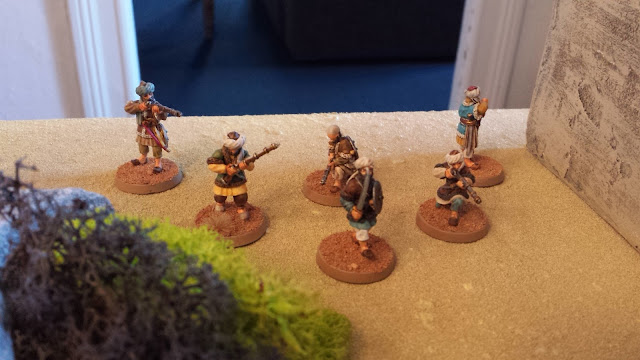 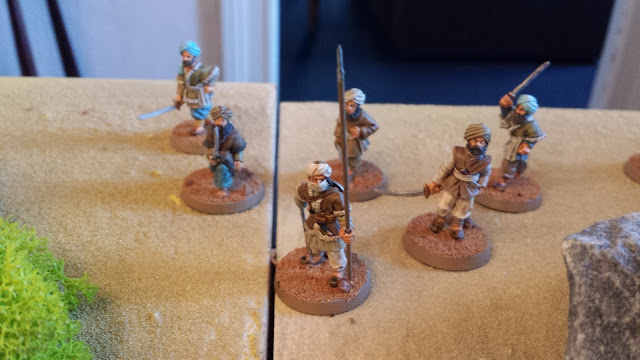 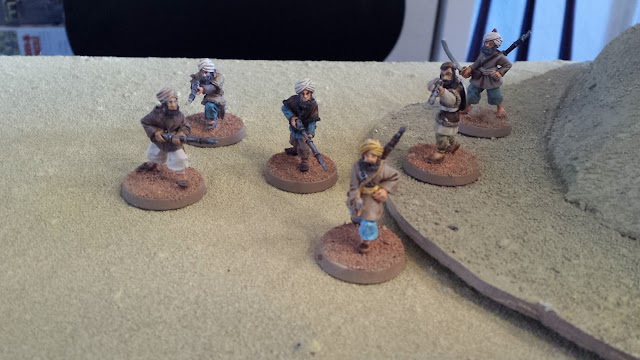 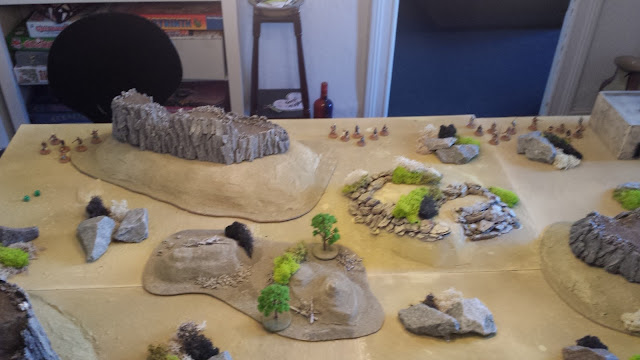 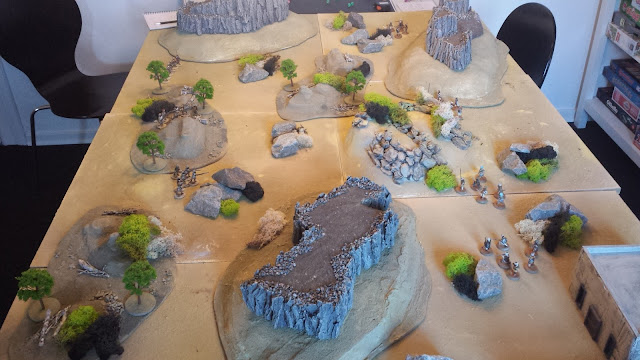 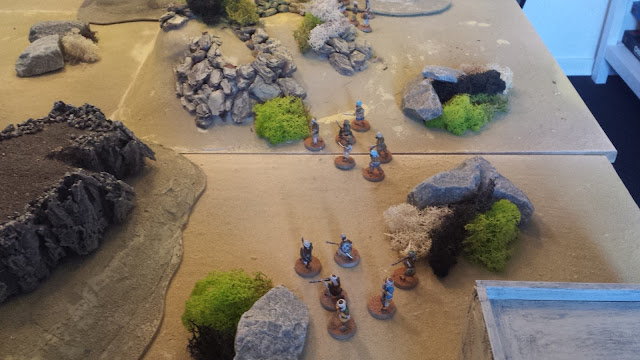 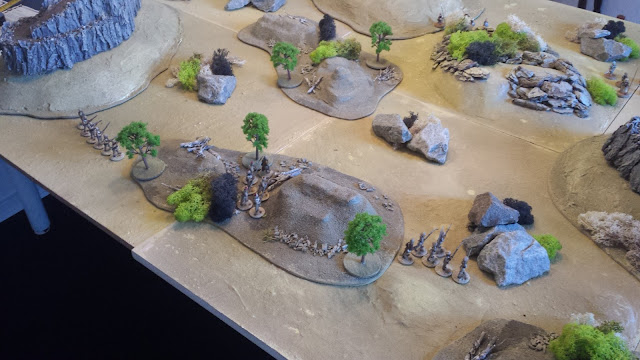 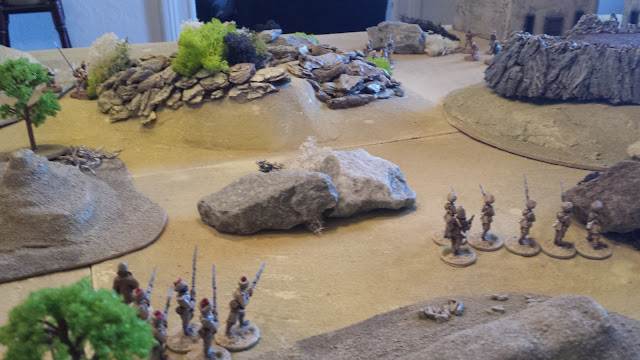 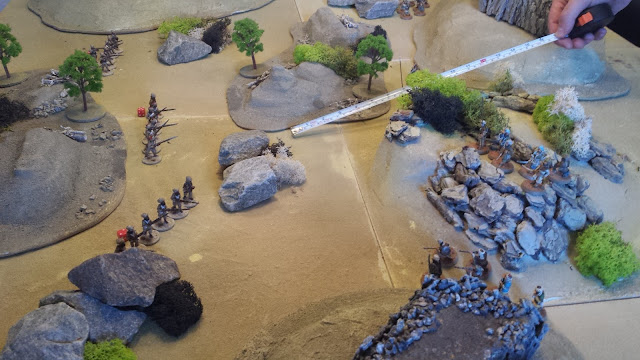 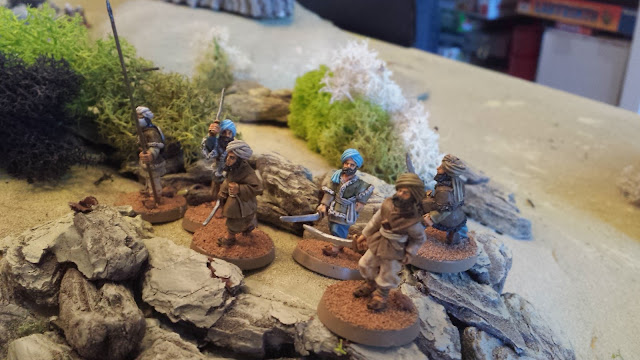 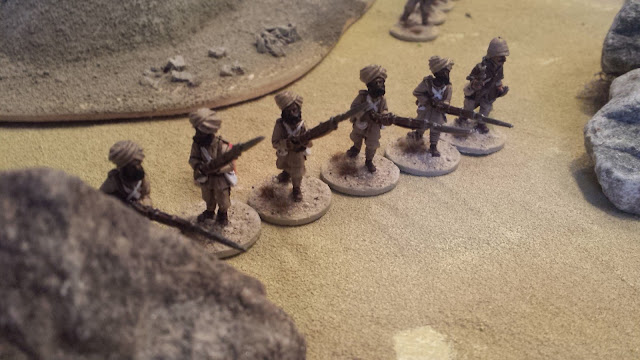 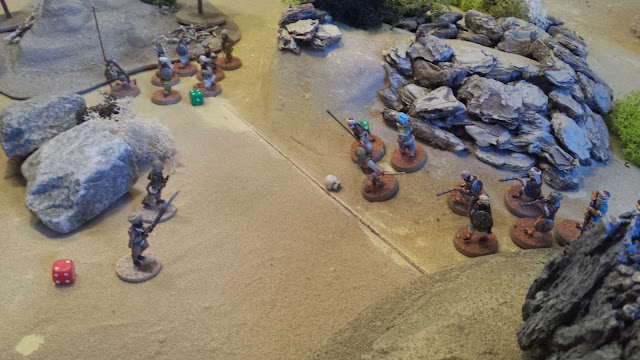 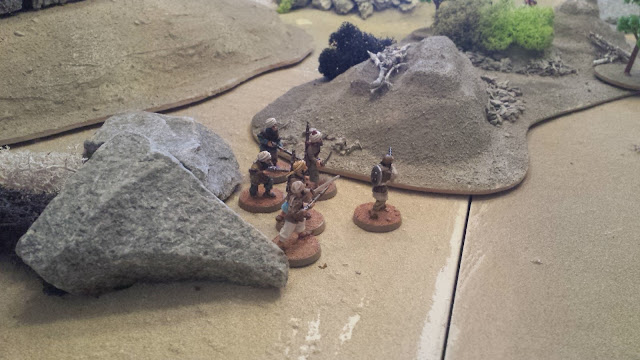 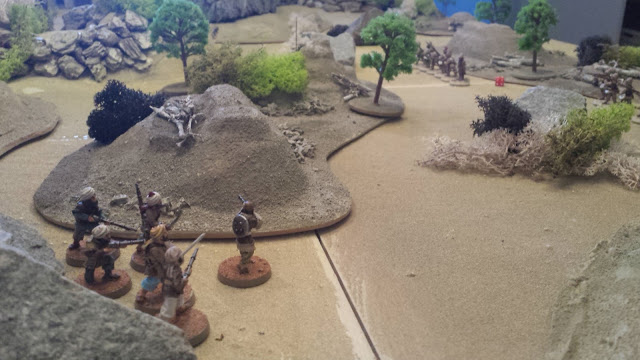