Finally finished my warlord for my Templar Knights warband for SAGA The Crescent and the Cross to fight my Mutatawwi'a warband. 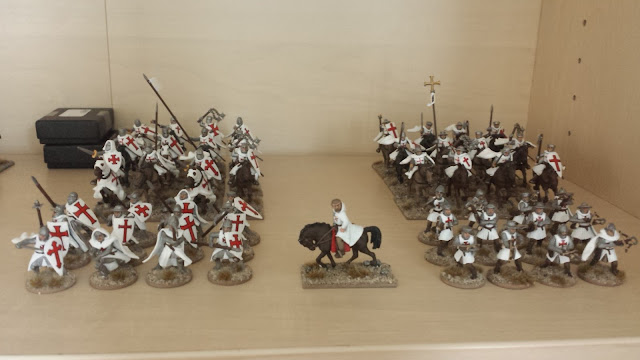 All figures with the exception of the warlord are from Fireforge Games, with the warlord being from Gripping Beast.

The Fireforge miniatures were easy to assemble and look great. The problems I had with the them were of my own doing. Let me explain.

I normally hate painting white, it takes so many layers and normally the colour will not look fluid enough, so in order to combat that, I decided that I would buy a white base spray can. This way I would get the difficult white colour on easily. However in my eager to get a good coating on all I ended up giving some of them too much, which meant that some of the details on the miniatures were lost.

My second problem which only occurred to me when I got to the Templar Infantry was that there are two sets of trousers for this set. One is meant for the crossbowmen and the other for the regular infantry. This meant that I had to do some arm and head swapping which is not easy when the figures have already been assembled and base coated. Anyway in the end I think I got away with it.

For the shields and the chests I had been pointed in the way of a Battleflags decal transfer set, which are specifically made for the Fireforge set. After having used the Little Big Men shield transfers for the Mutatawwi'a the Battleflag decals were difficult to use and did not stick at all. In the end I had to glue them down and of the 96 decals that were on the set, I could use only half. I then went back to LBM and ordered a general Knights set, which proved to be better.

This was also the first time that I had painted in sets of 24 - 24 cavalry and 24 infantry, but with the colour palette fairly limited it was okay.

The figures will give me the following for SAGA:

Warlord (who could be used as a Priest as well)

I am very pleased with the end result and think that they will look great on the table against the almost all black Mutatawwi'a. 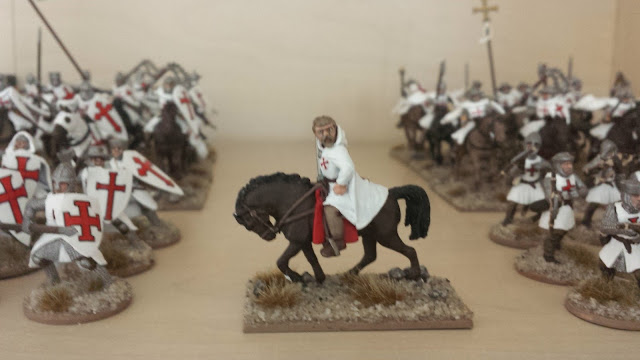 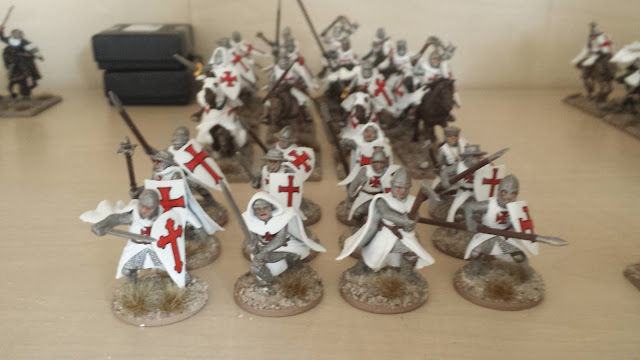 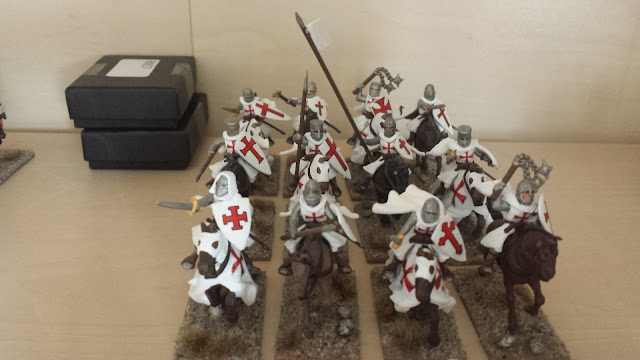 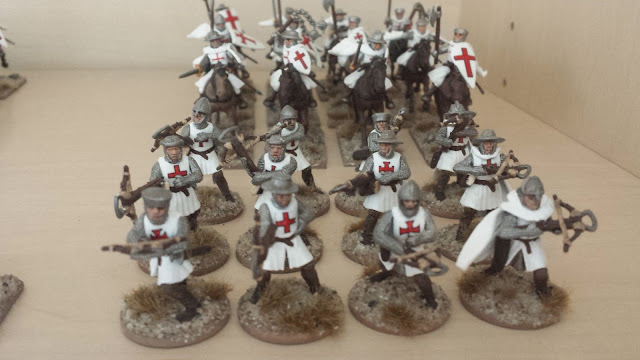 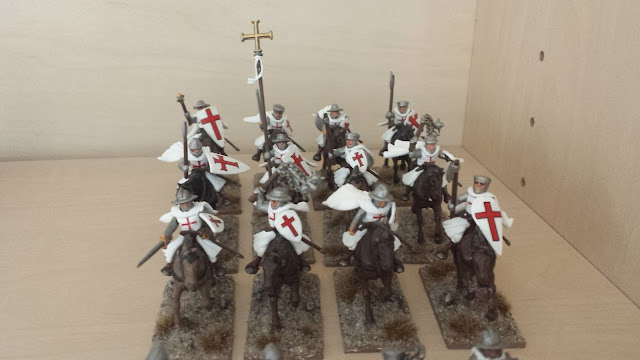 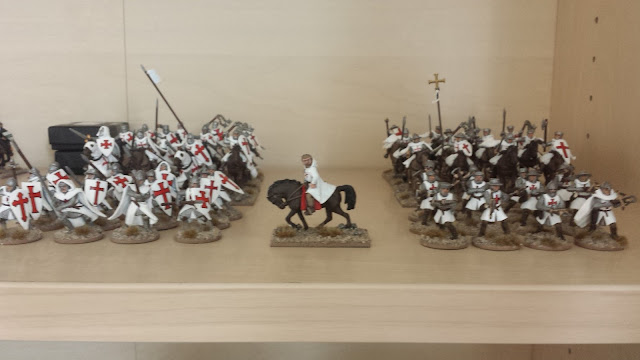