Last night my friend Chris and I had a chance to get another game in of Empire of the Dead. Since our last game I had received some feedback about some of the house rules that we playtested the last time around, so we made some small changes once again.

- We removed the Fort roll and reintroduced the Opposed Rolls Table.
- The Combat Phase was reintroduced
- Melee is handled according to the original rules, except that we add the Cbt to our dice roll

Chris chose to take the Lycaons faction while I tried the Brotherhood.

We rolled for scenario and got Entrapment. The Lycaons would try to get to the other side of the board and the Brotherhood would try to stop them.

After deployment I could see that I had made a mistake in the distribution of models in my two deployment zones. The two werewolves would quickly be in melee with my two brothers armed with the hunting rifle and shotgun, and I could not see a way to prevent that.

The Lycaons automatically the initiative in the first round and the werewolves quickly moved up - getting into good positions to Charge in the next round. My brothers fired a few shots of, but could not hit. The wolfskins and the rest of my Brotherhood also moved towards the area on the board that would be our killing ground.

In the second round the werewolves charged while the wolfskins and the rest of my Brotherhood moved closer. In the following rounds a few shots were fired, but there was plenty of melee. The last round came down to a melee between the Beastlord and my Deacon, and while I hit the Beastlord I could not penetrate his high Fortitude, so the Beastlord killed my Deacon and could therefore move him to the table edge and win the game.

At this point I did not really care about the result of the game. I was instead more interested in discussing what rules had worked and not. So we sat down for the "autopsy".

A Charging Beastlord gets to add 9 to his roll in melee, which is incredibly powerful. Now a werewolf should be powerful so I don't really mind. One thing we agree on was that when we rolled melee the number of dice should negate each other, i.e. the Beastlord gets a 10, 14 and 15 with his three attack dice, and the Deacon gets an 8, 9, and 12. this means that the Beastlord only gets to roll two dice on the Oppossed Rolls Table instead of the three he would normally get.

We also thought that the Target Modifiers that we had played with for the last couple of games, were perhaps to harsh. A Brother or Wolfskin with a Marksmanship of 4 will need to roll a 6 or 7 in most cases, because of the changes to range modifiers that we made. If we went back to the normal rules it would be a 5 or 6, which is more fair.

Conclusion
I think we are getting there. I'm actually surprised that I was willing to drop the Fort roll so easily, but the Oppossed Rolls Table is more fair - even if it is almost impossible to hit a Beastlord in melee with his high Fortitude.

Some pictures from our game, I stopped taking pictures in round 3 or 4 as I started to concentrate on how the rules worked. 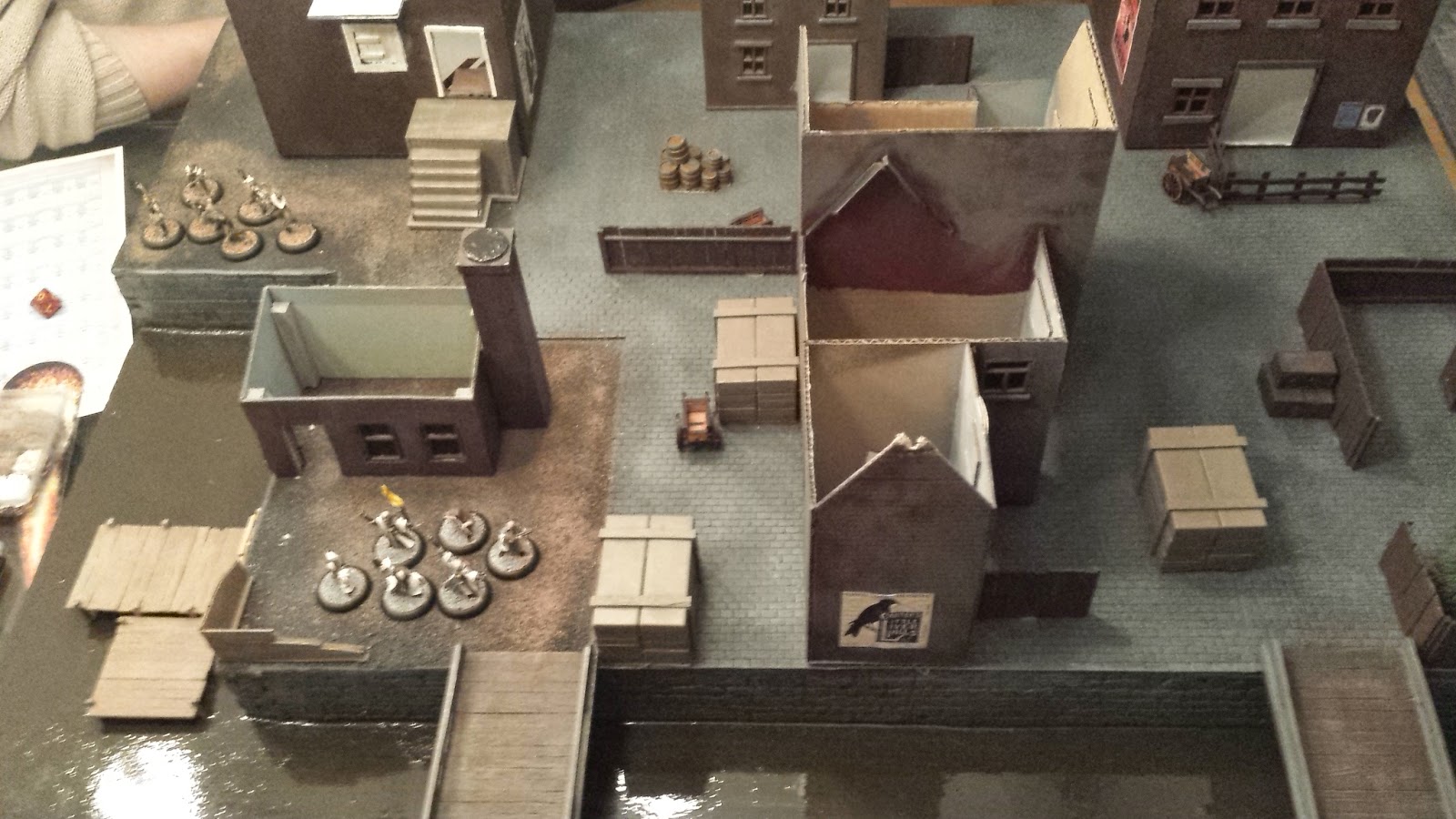 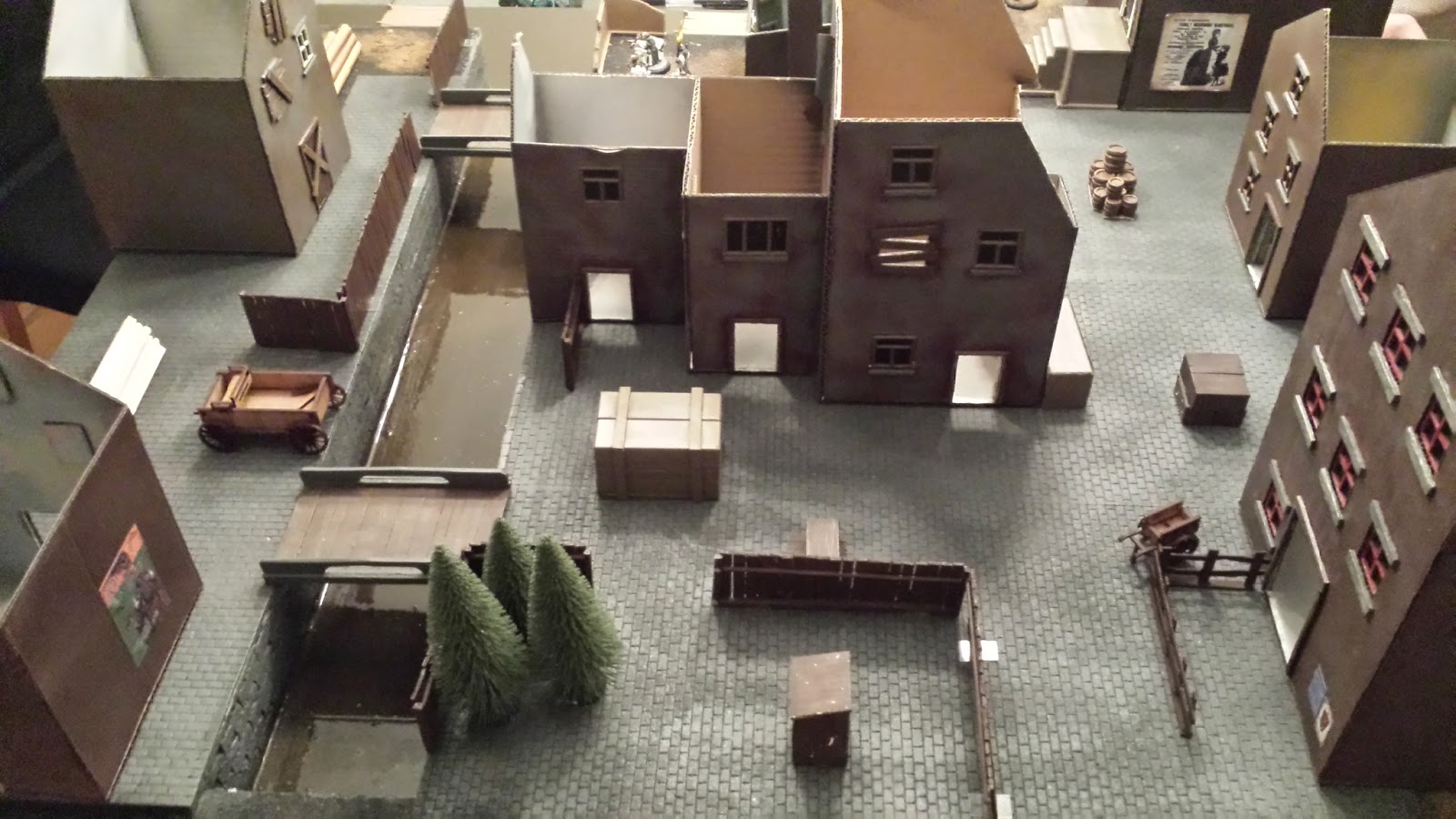 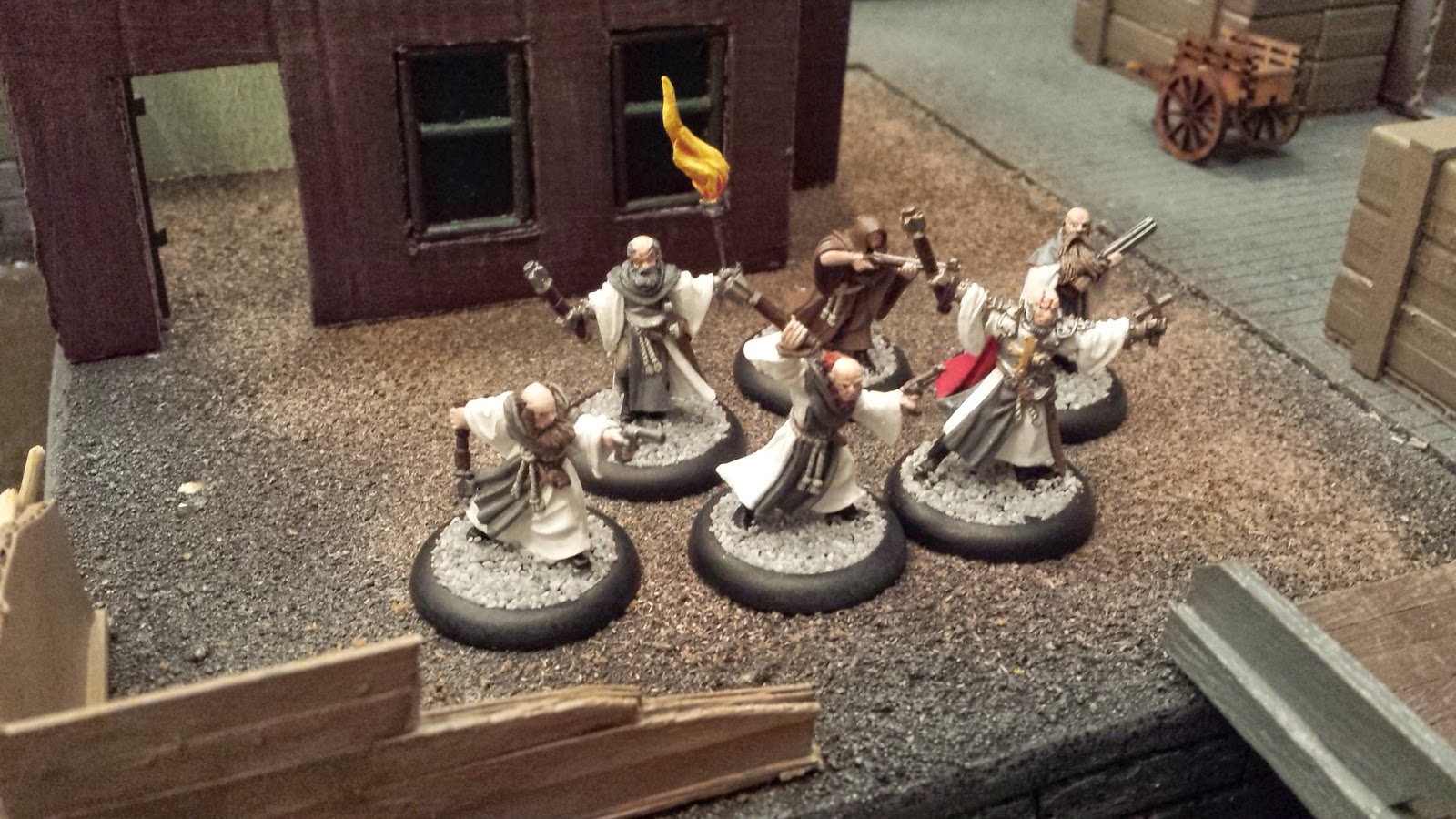 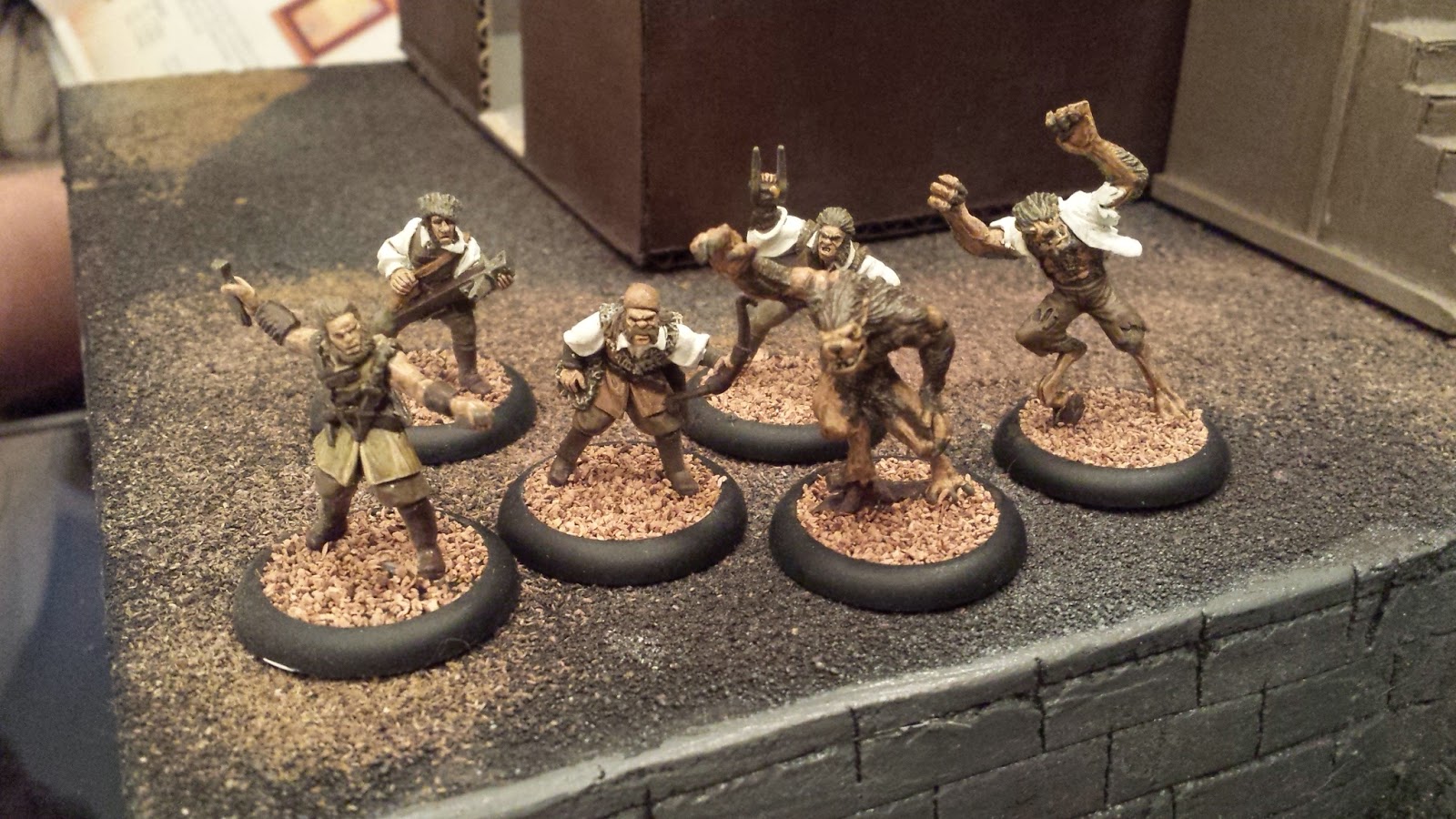 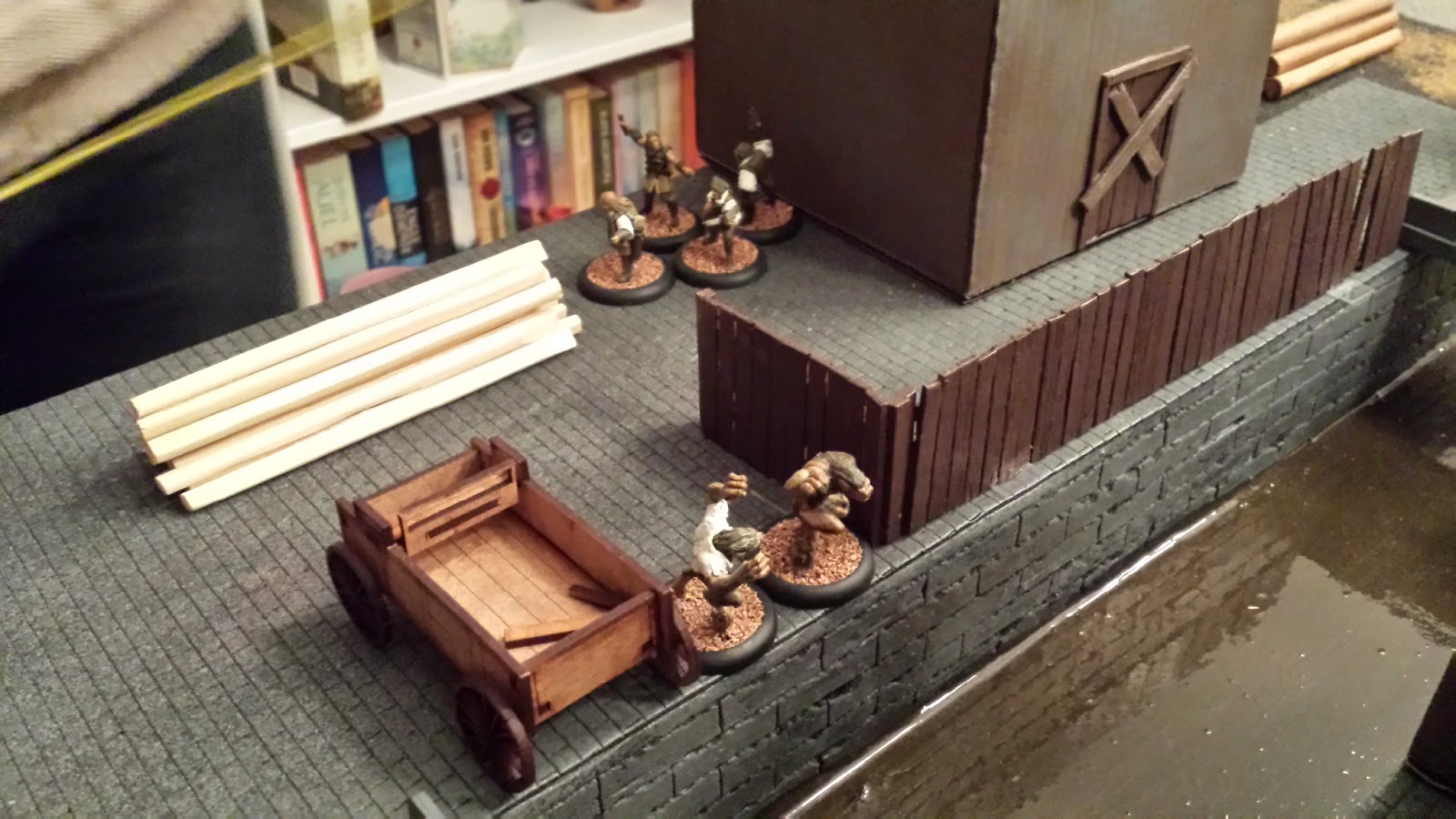 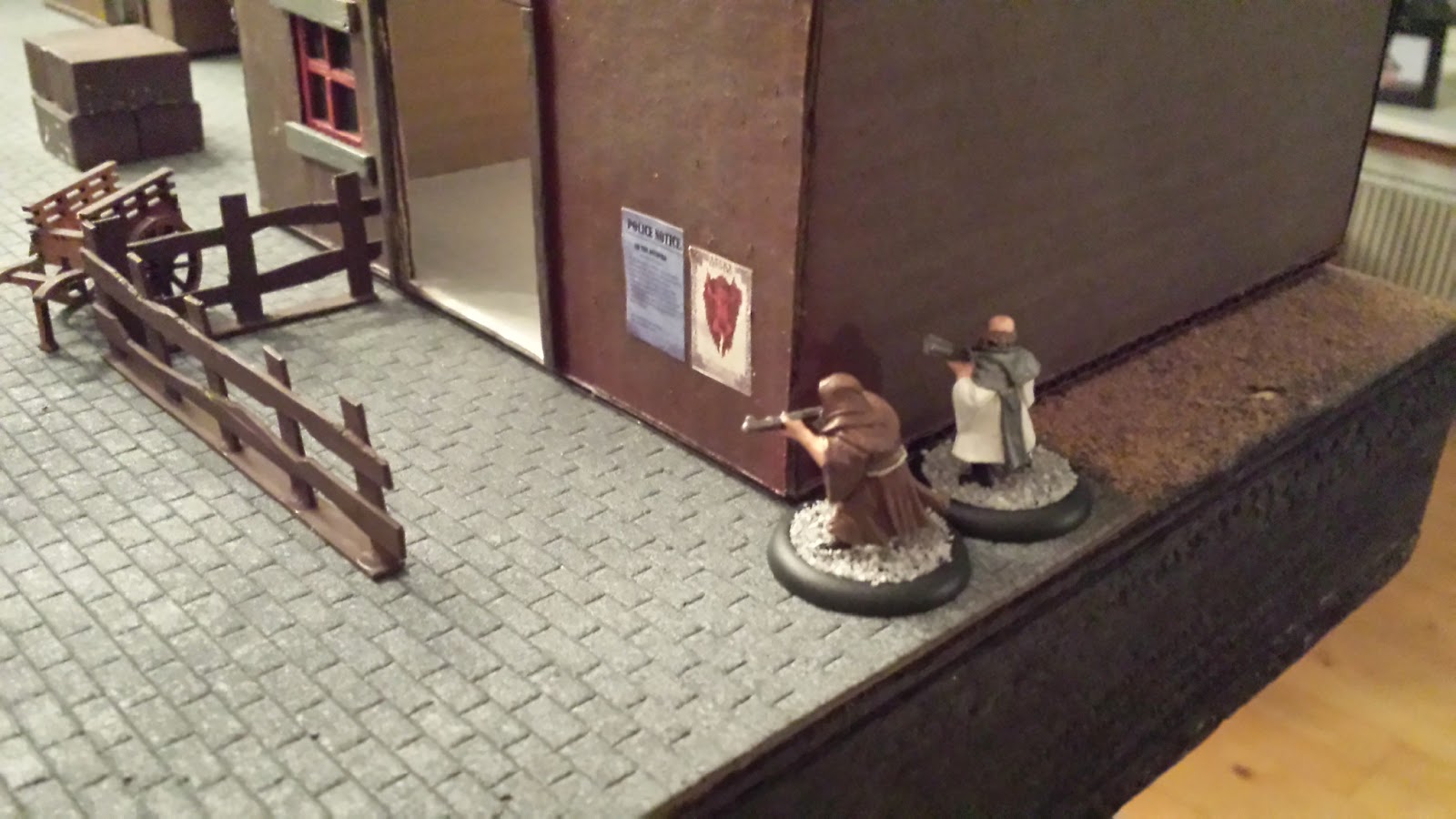 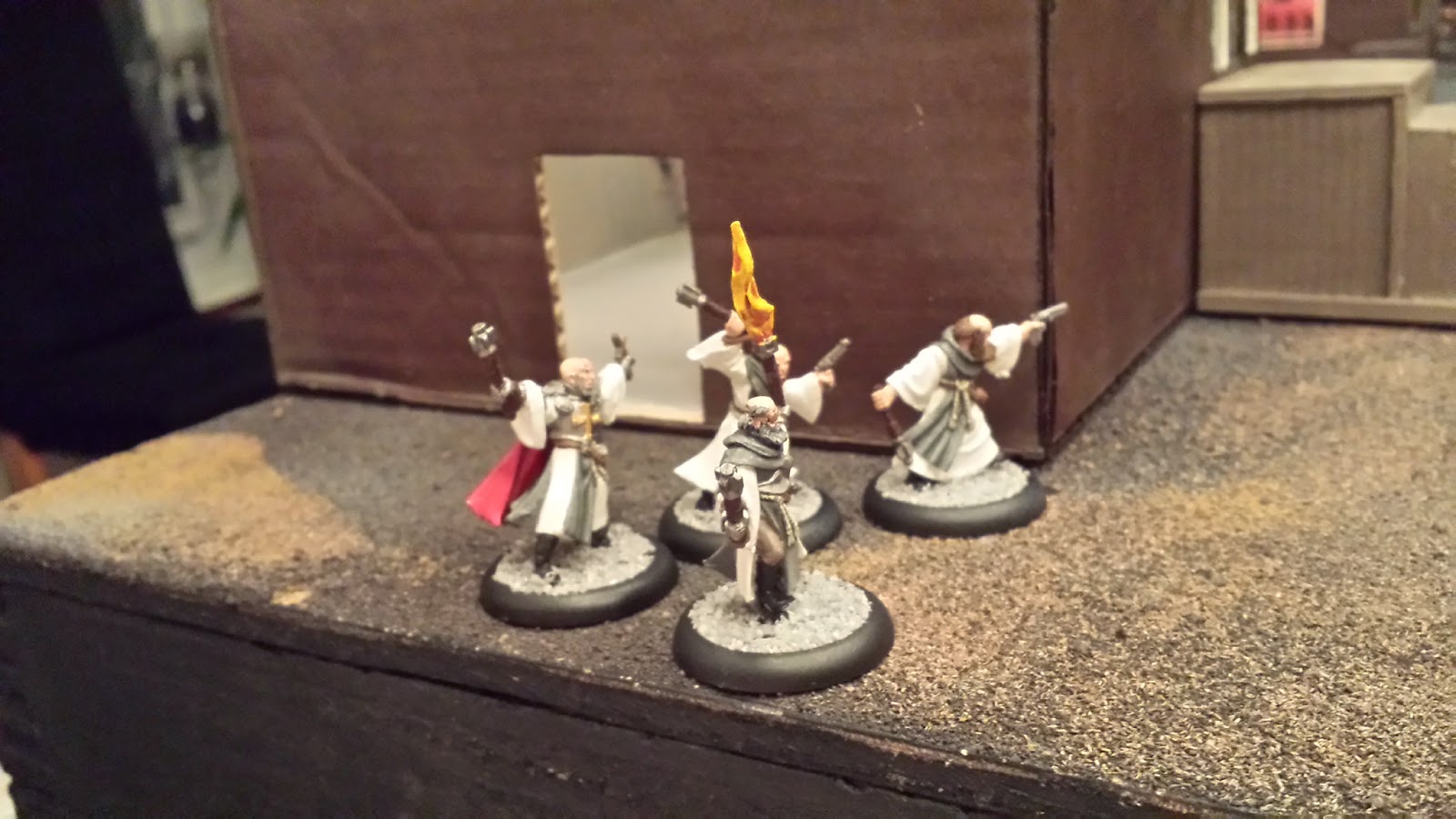 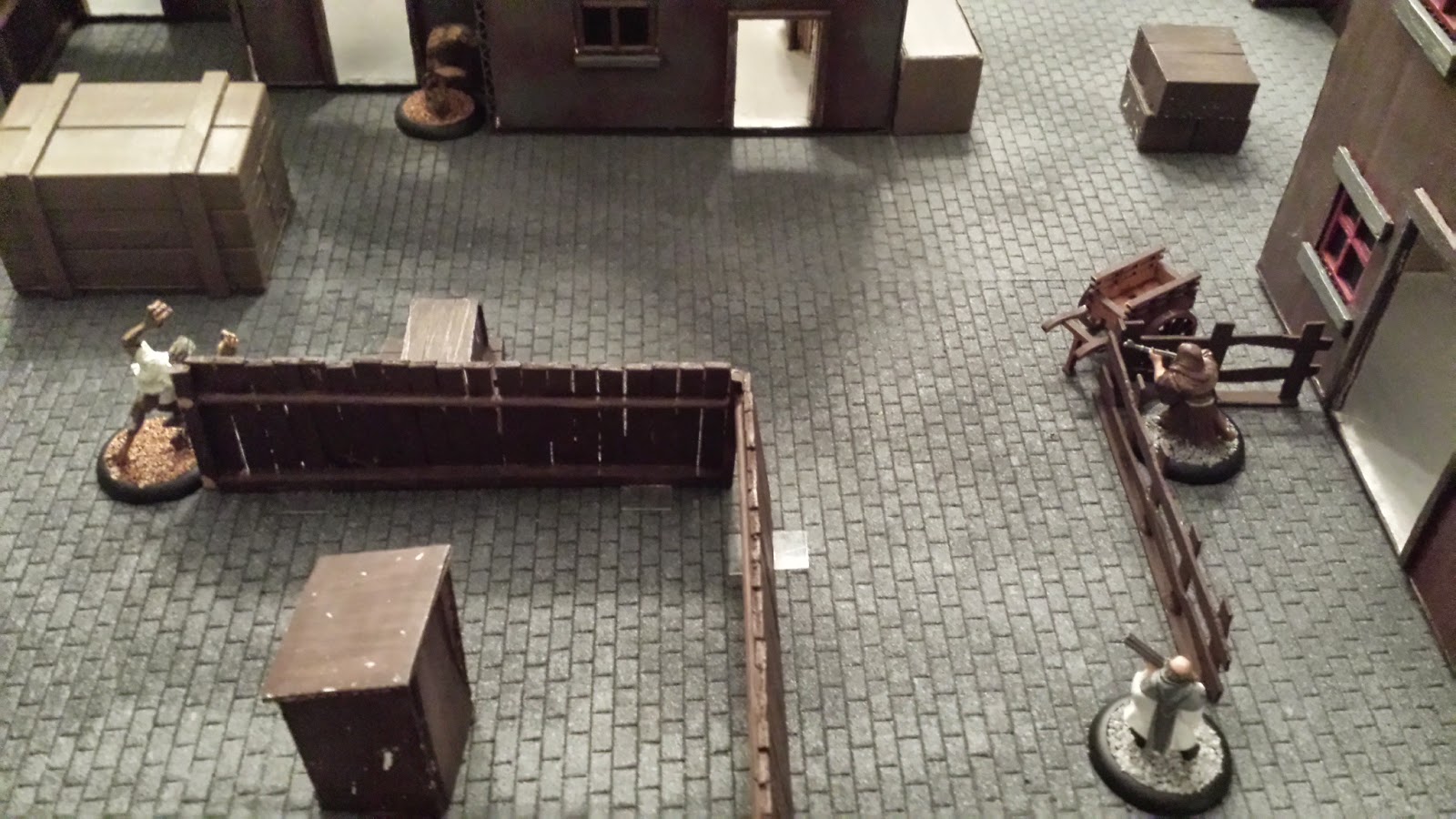 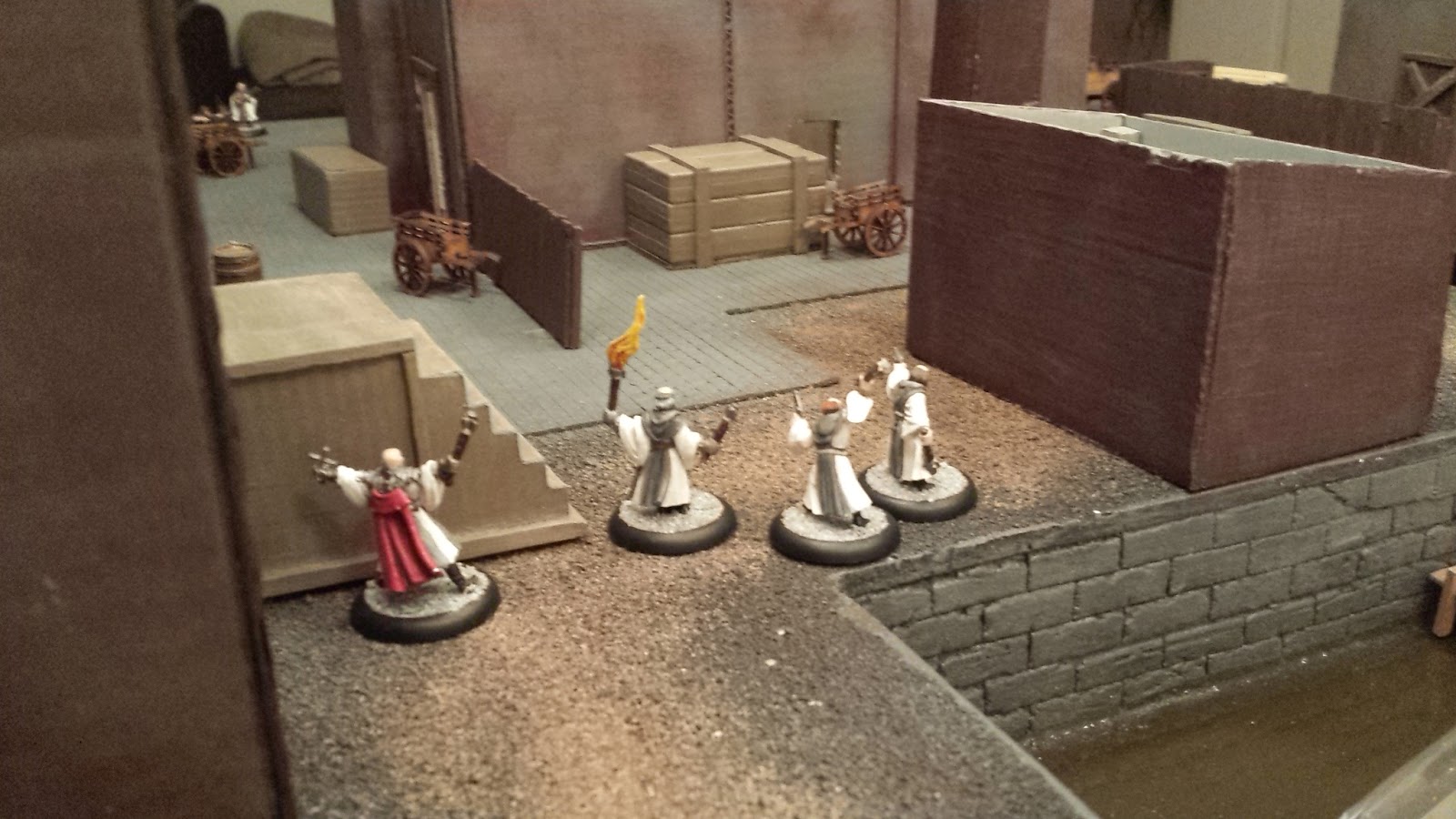 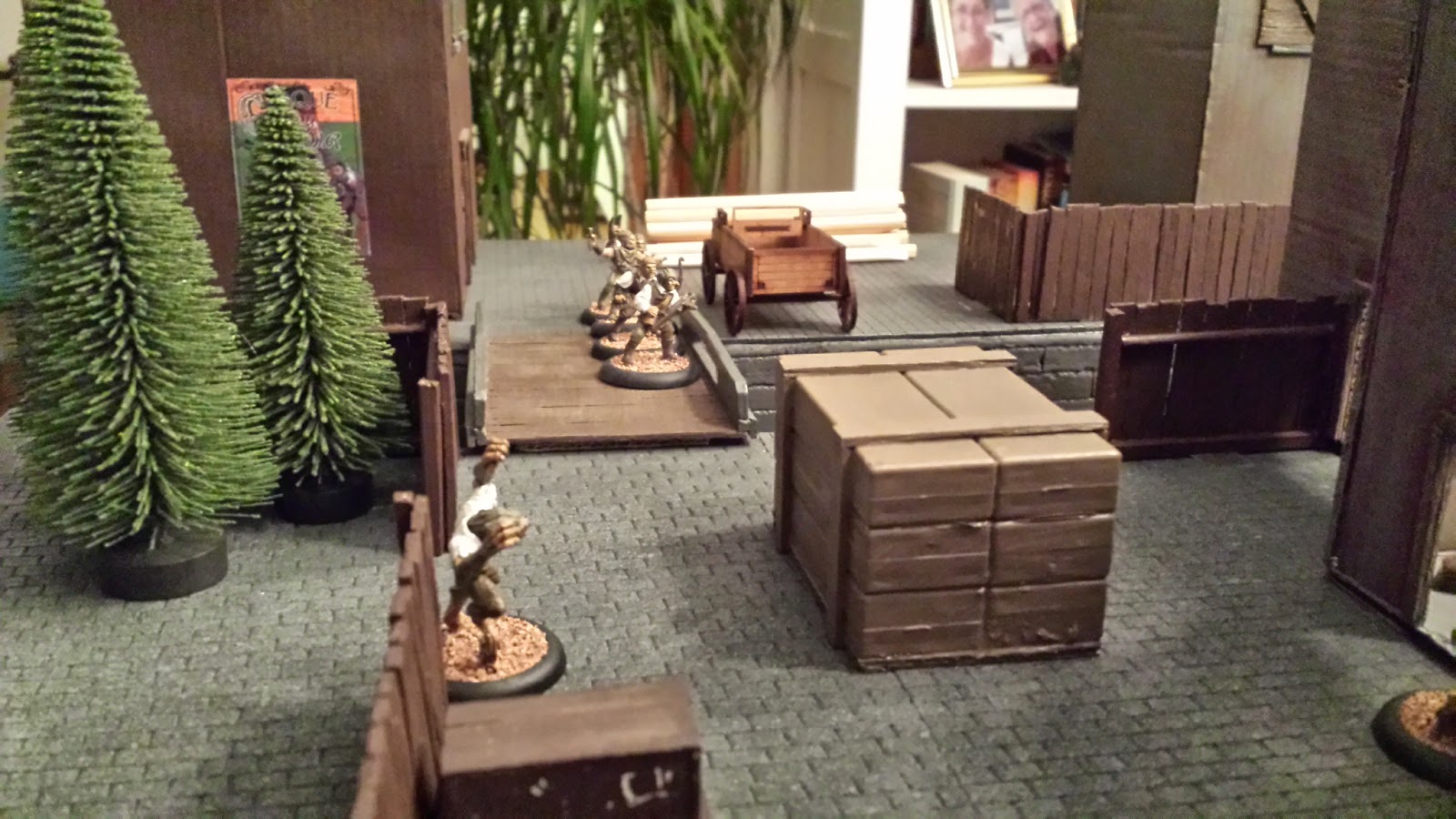 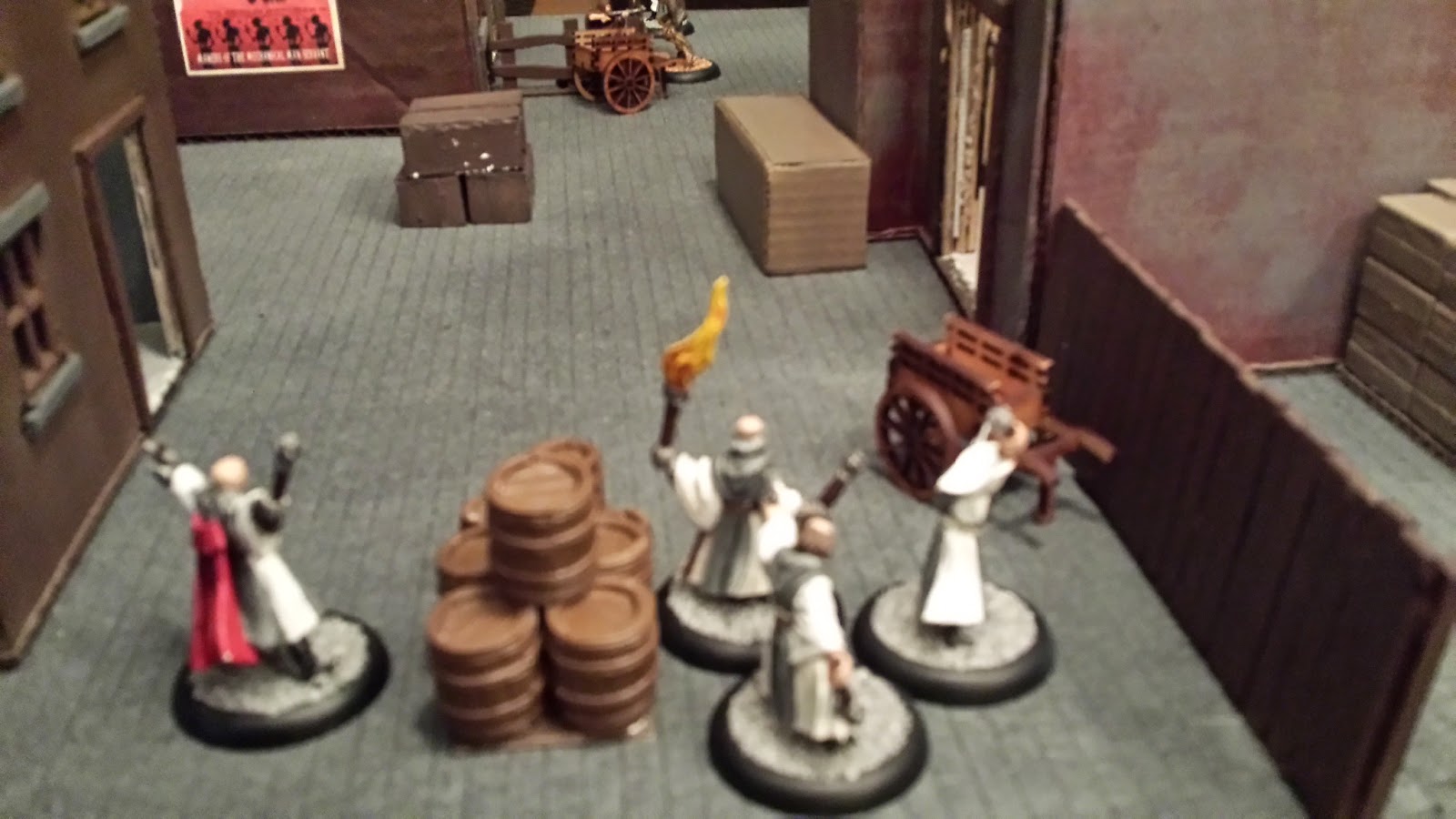 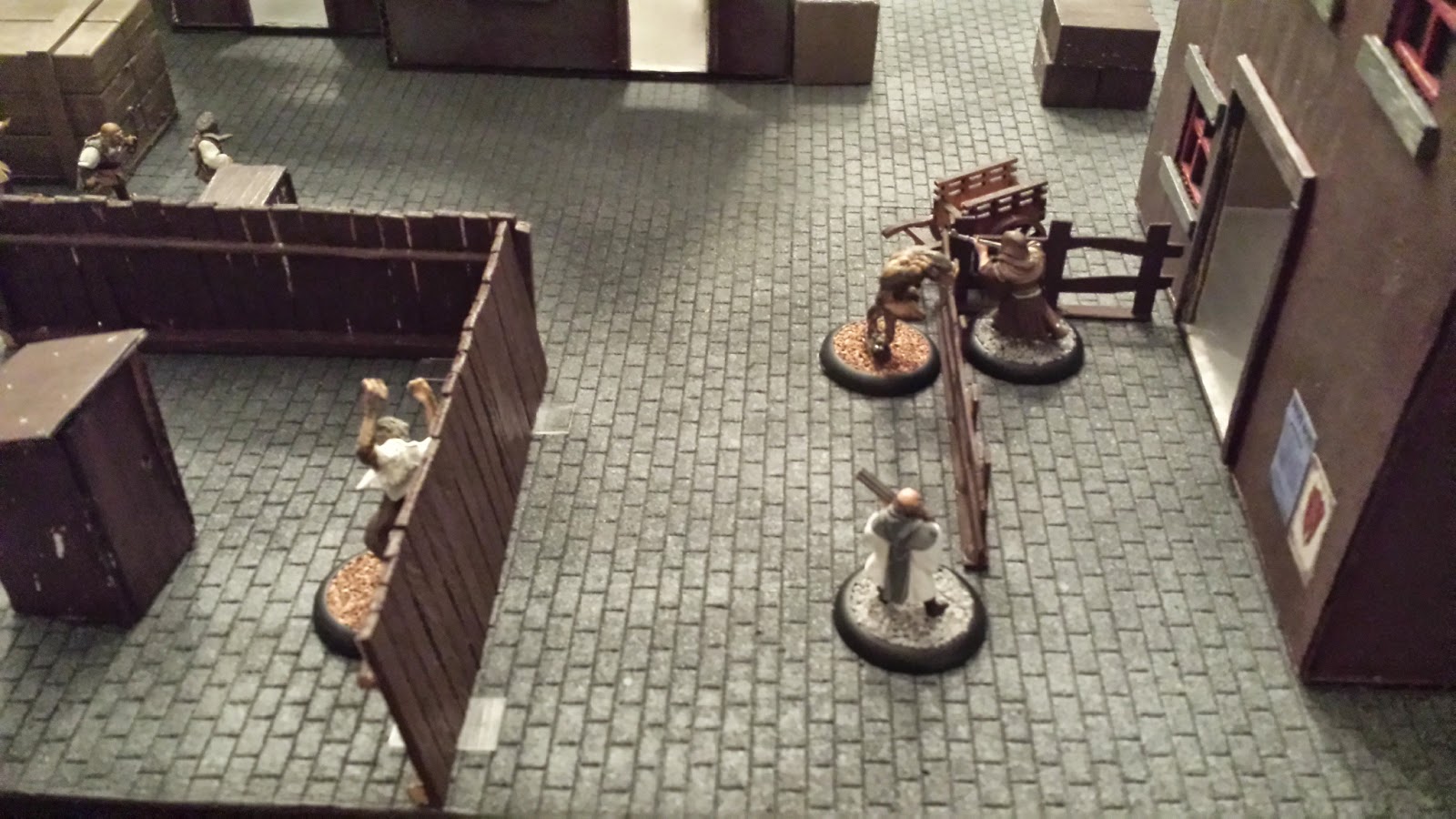 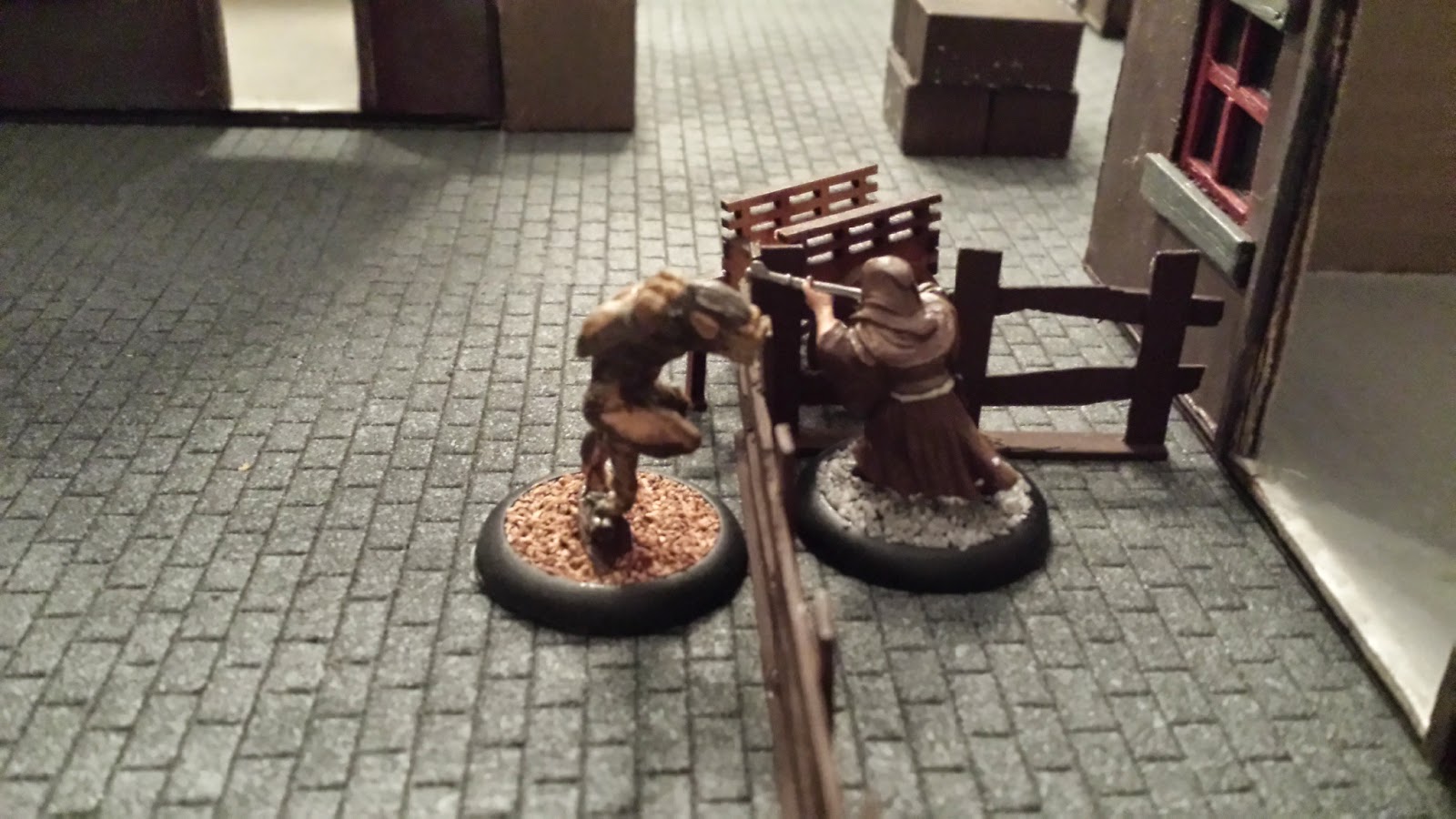 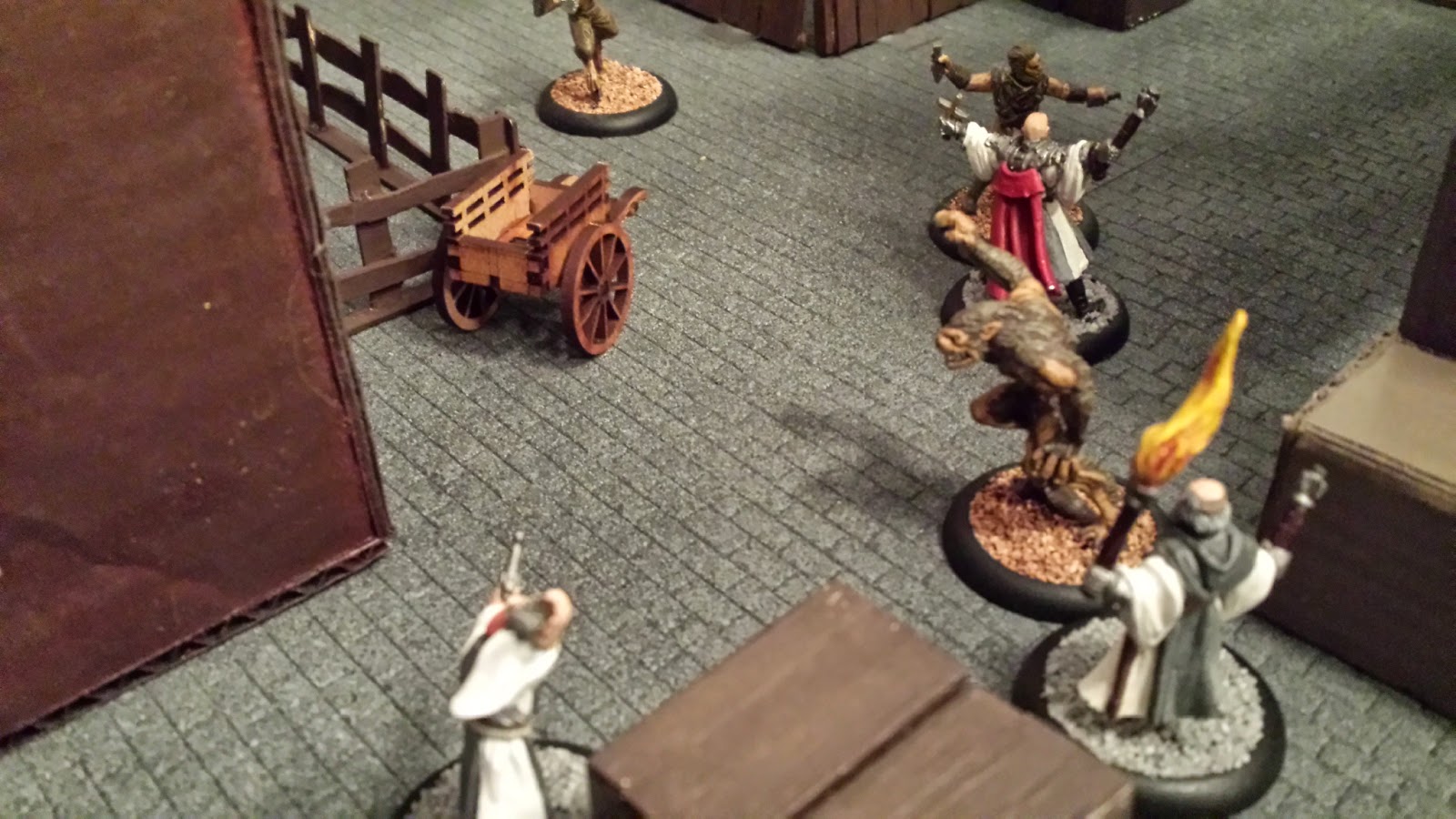 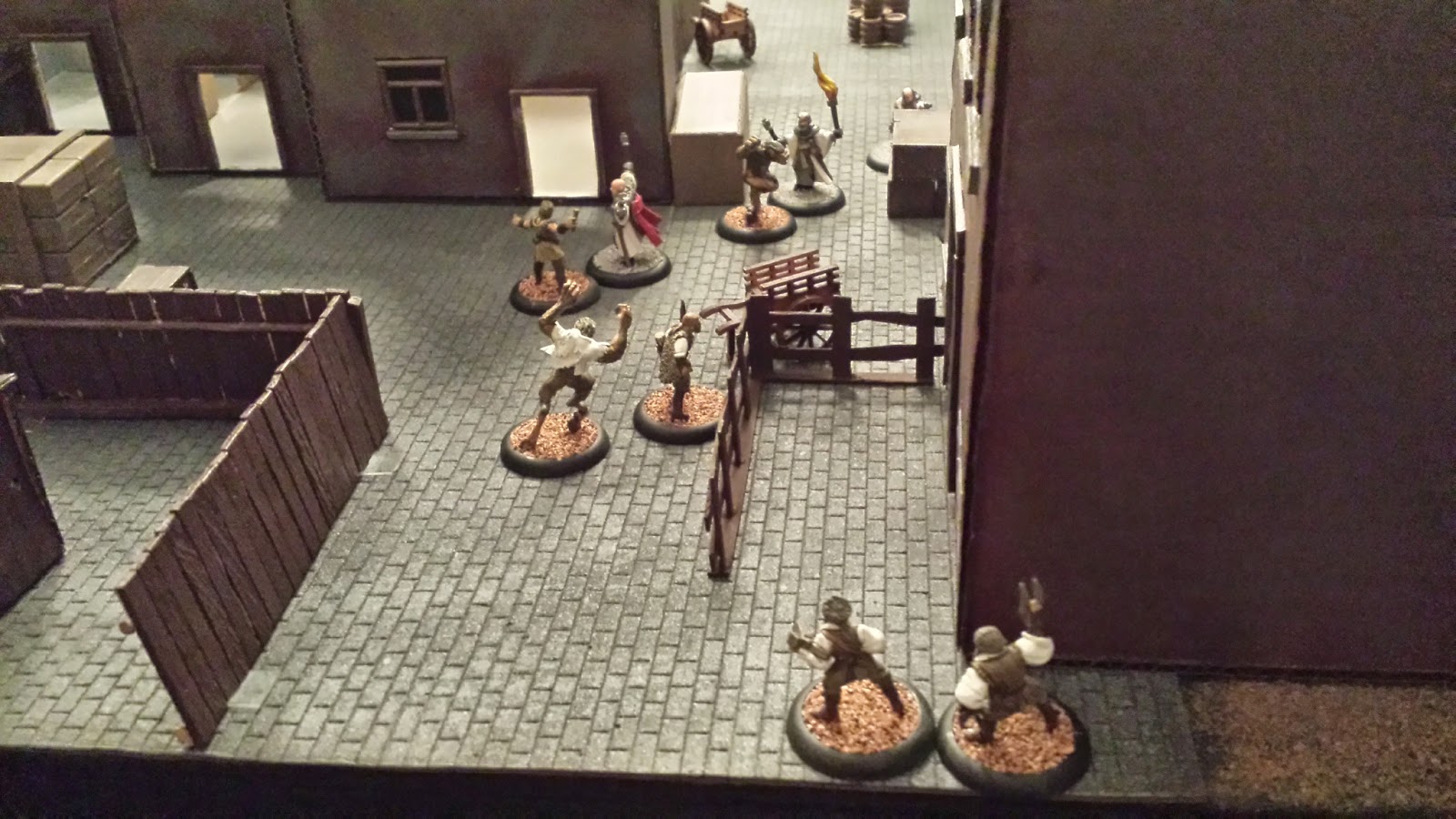