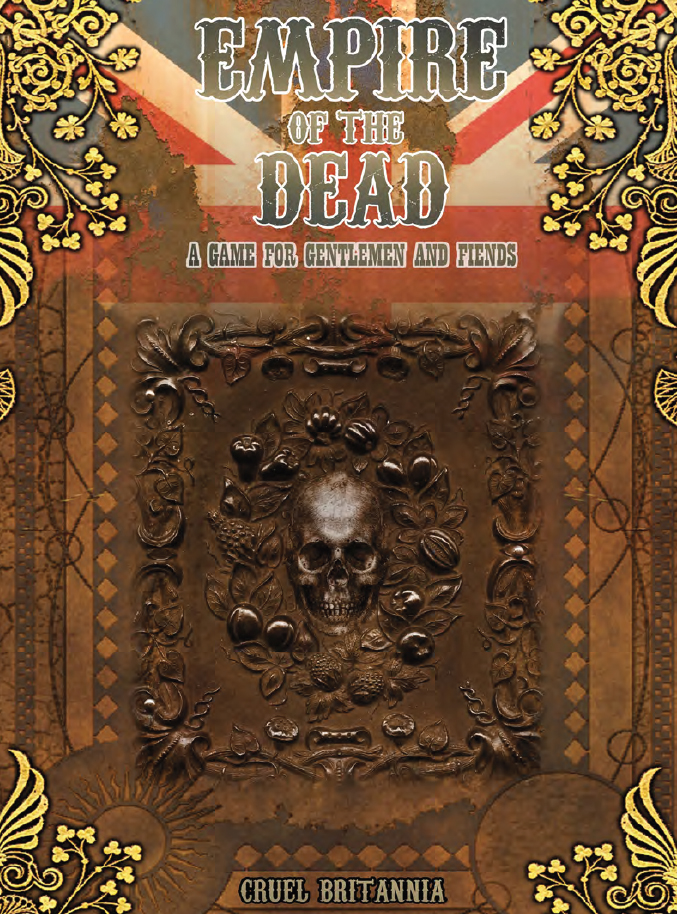 During the last couple of weeks I have been thinking about my Empire of the Dead miniatures. They really are lovely models - shame about the rules. I want to get them back on the table again, and since Westwind seem uninterested in Empire of the Dead and delivering the promised Requiem book, I decided to change the rules to my liking.

I have yet to try out these house rules, but I hope to do so within the next couple of weeks. Some of these rules like scrapping IGOUGO in favour of alternate activations is something we have previously played with, others are brand new. My aim with these house rules is to make melee combat more common, and to remove the IMO clumsy way of handling melee combat, with the Cbt Attribute almost without use. Missile combat has also become a tiny bit more difficult, with changed ranged modifiers.

As usual comments/critique are much appreciated.

Movement
1” rule is dropped, meaning that models can move within 1” of each another at which point they become engaged in hand-to-hand combat.

Charge
At the end of a Charge (double the model’s base movement rate) the model performs a melee attack with a +2 bonus.

- Roll d10 and add Marksmanship score and add/subtract modifiers. On a score of 10 or more you score a hit.

- If attacker score a hit, he rolls a d10 adding the weapons Strength. Defender rolls d10 and adds his Fortitude score.

- If the attacker’s roll is equal to or higher than the defender’s roll, attacker rolls for the wound effect.

- Roll number of d10 equal to your Attacks (add an extra die if your using two combat weapons) and add Combat score and add/subtract modifiers. On a score of 10 or more you score a hit.

- For each successful hit the attacker rolls a d10 adding his Strength plus any weapon modifiers. Defender rolls d10 and adds his Fortitude score.

Throwing Weapons
Cannot be used as a short range missile capability when charging.