Played a small introductory game of 1812 - Retreat from Moscow Monday evening. Before my friend Frank arrived I had a chance to set up the table and get all of my minis on it, so that I could grab some pictures of them in "the right environment".

Since I last played I have been making a couple of hills and a modular river with small bridges. I have also cut up the board so that I have six 2x2 pieces meaning that the two pieces with the hills can have their position altered from game to game.

The game itself was not really interesting as we played a very small list, so that Frank could see the mechanics of the game. 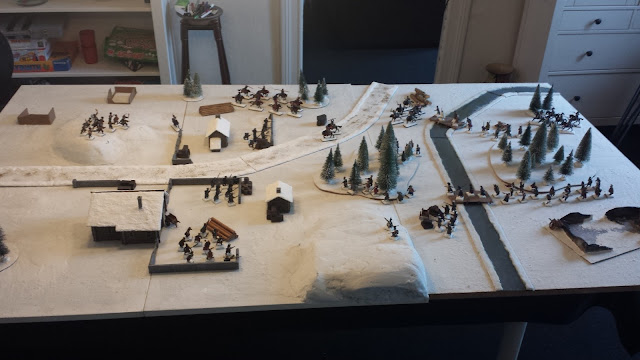 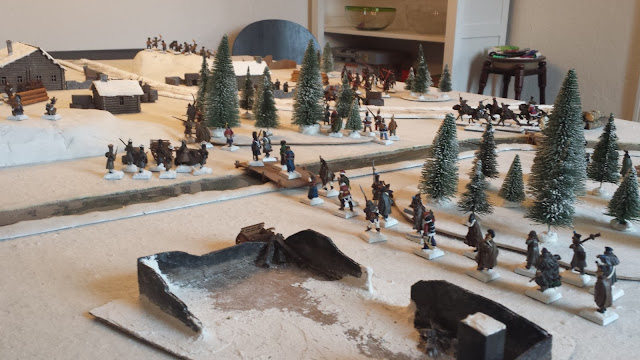 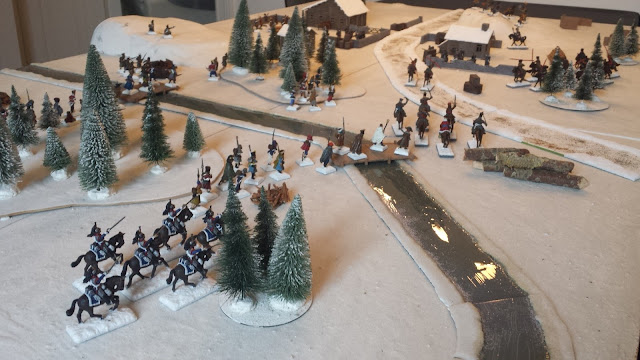 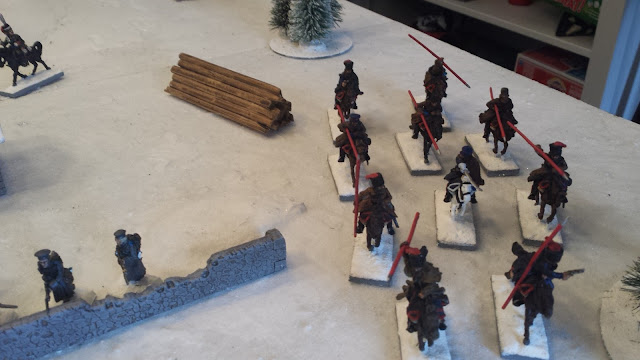 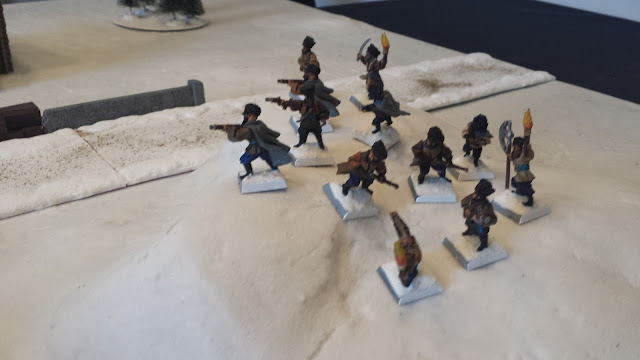 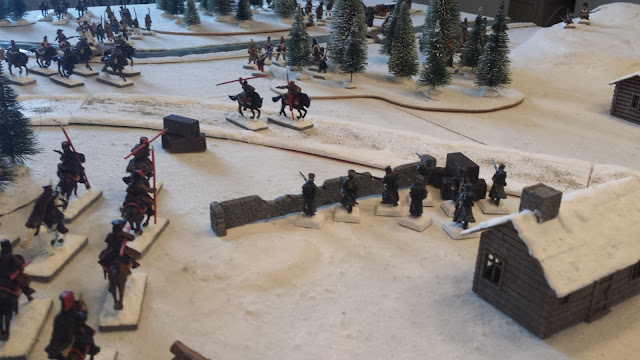 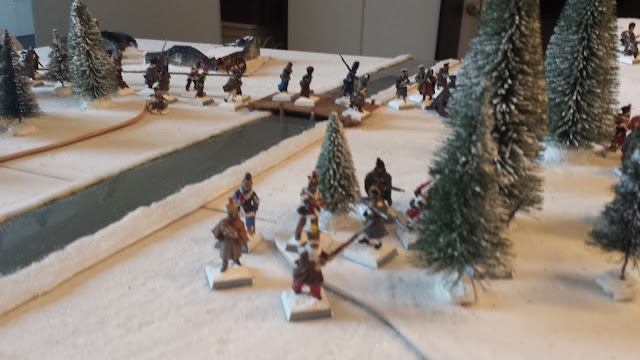 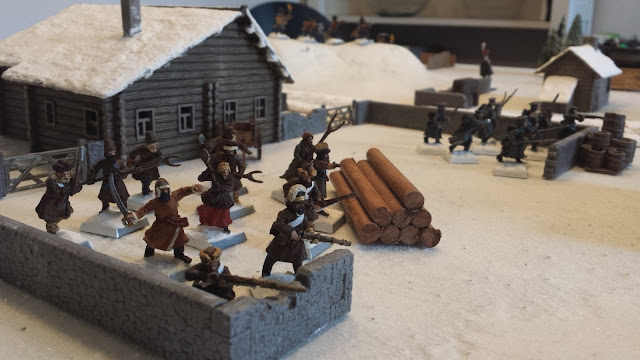 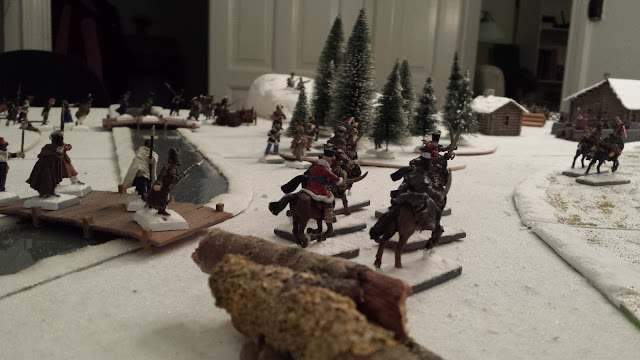 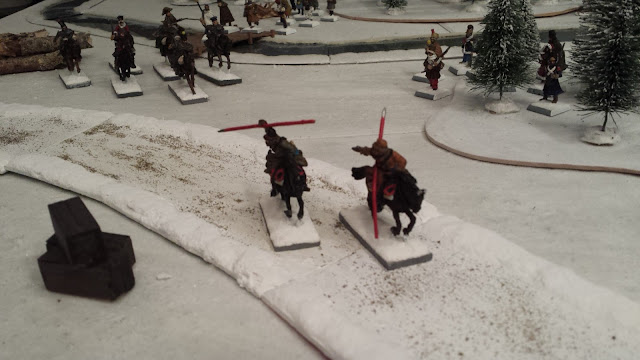 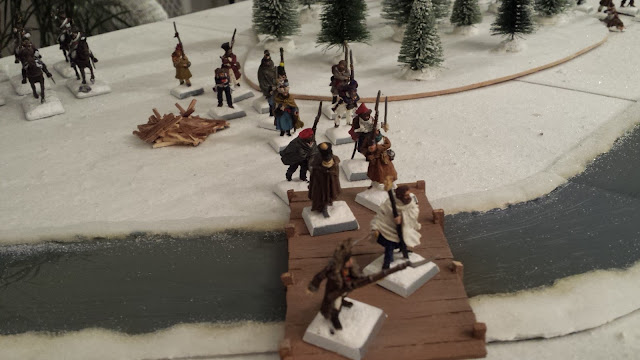 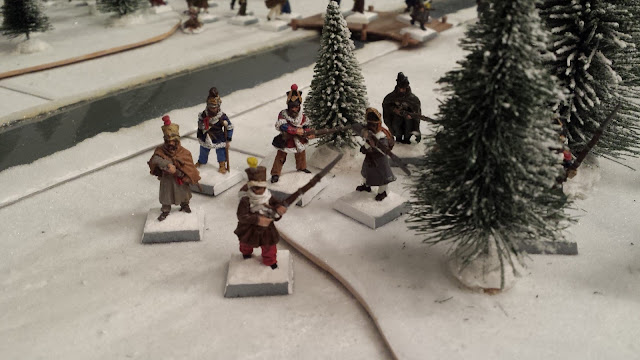 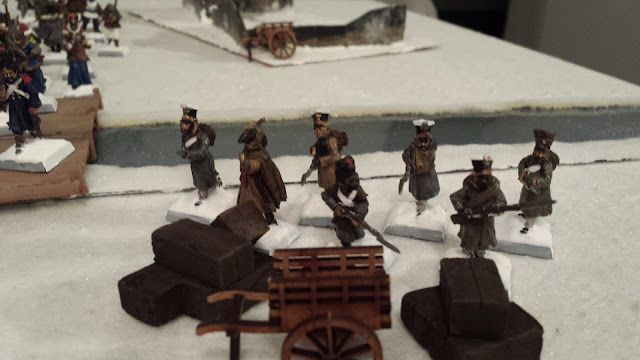 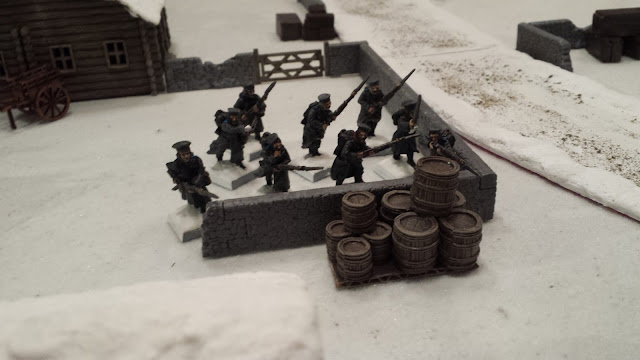 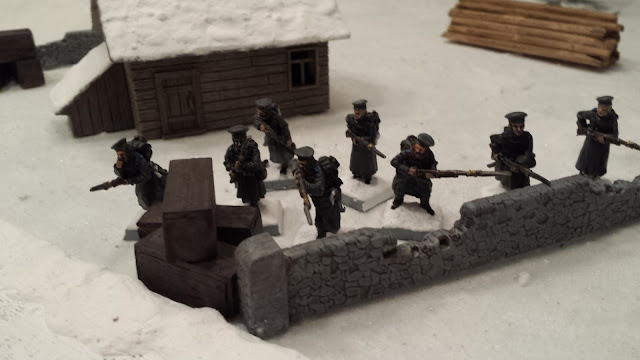 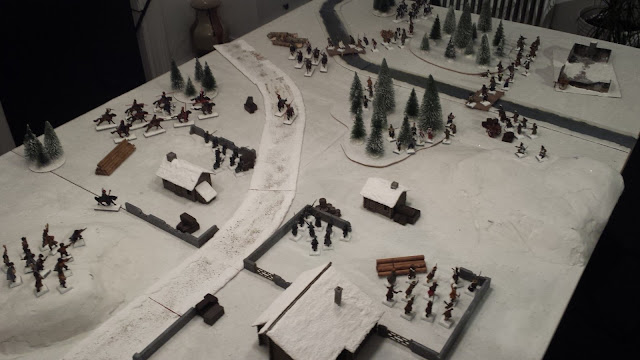 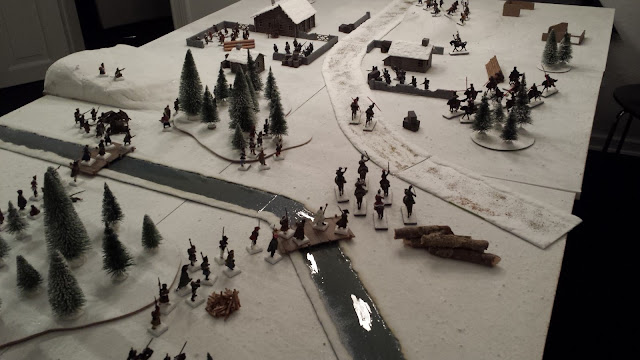