The idea of a lost city with ruins was something I still wanted to do however. I had been looking at the Amera plastic moulds for other projects and thought that Broken Legions was the ideal project to try out their projects.

I ordered a lot of things from them, some of the not shown here as they will be used for other projects. Their service is excellent and within a week and large box arrived. Inside where the white moulds that I had seen and which immediately does not look detailed at all. Before ordering I had looked at a YouTube video and I was pleased with the result shown there so I was pretty sure that I would be able to get some good looking terrain.

I prepared the moulds by washing them with some washing up liquid. I then cut some of excess plastic from the moulds and added some gravel a few different places.

All the pieces were primed with a grey colour. Afterwards they were drybrushed with a cheap Titanium White craft paint (twice), then the Titanium White with pure white (50/50 mix) before a final light drybrush of pure white. This was not difficult at all, only time consuming. The details, though subtle really show after a few rounds of drybrushing. Finally I used Army Painter Soft Tone (the waterbased not the terpentine based) mixed with water and splashed it on all the pieces. Even more detail appeared and I am very pleased with the results.

I cut out some 3mm mdf pieces and glued each piece on to them. This has made them more stable and added weight. Three of the pieces I added some small square bricks for more details. The last thing that I did was add some small tufts.

The pillars are scratch built using clay, and the water fountain thing is something that I found some time ago.

I cannot recommend the Amera plastic moulds highly enough. They are great value for the price and some are even cheaper than the materials that would be used if you were to scratch built them. 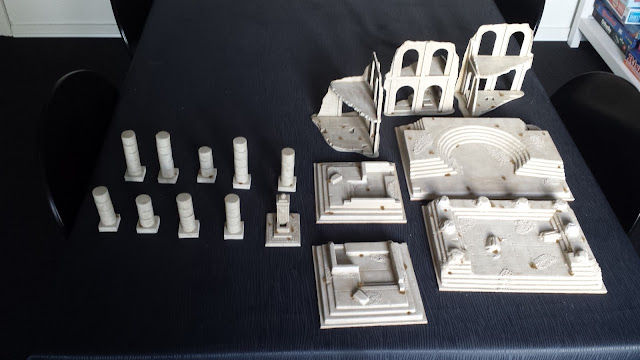 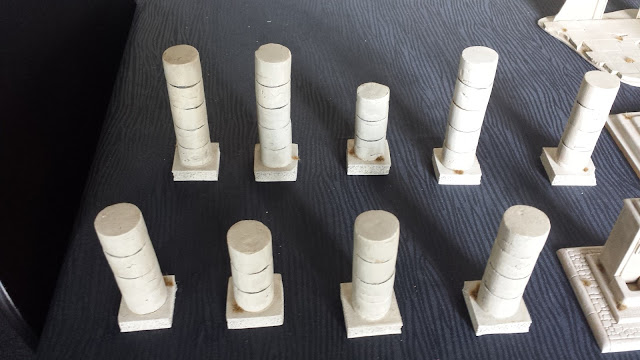 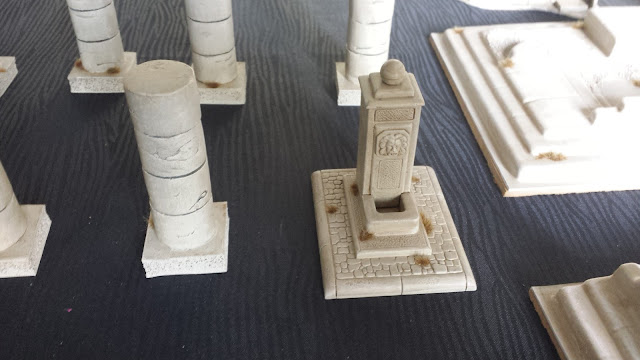 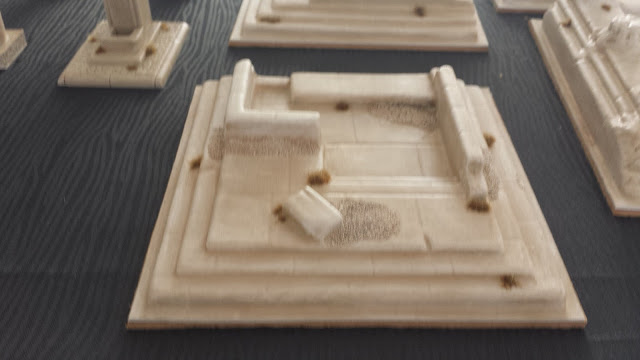 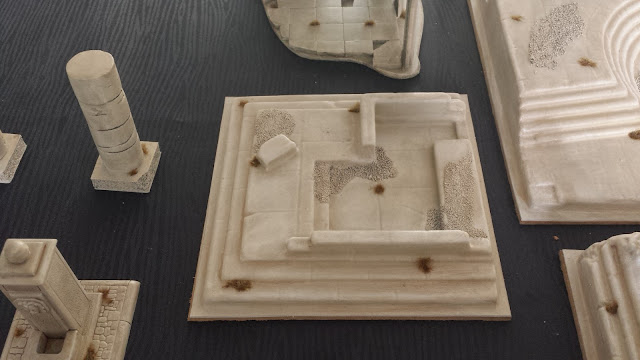 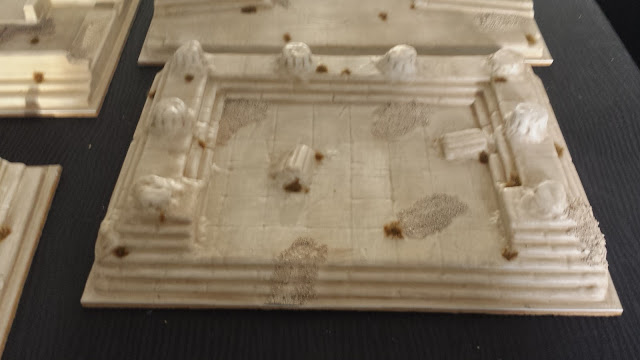 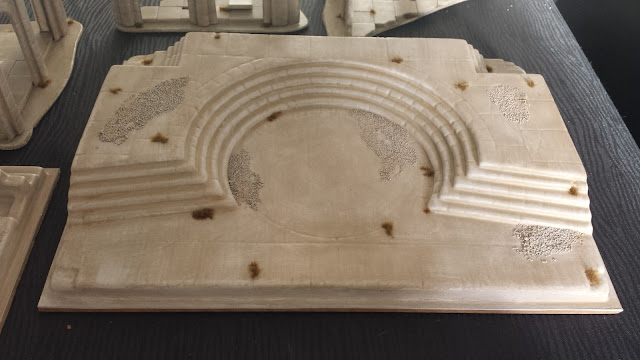 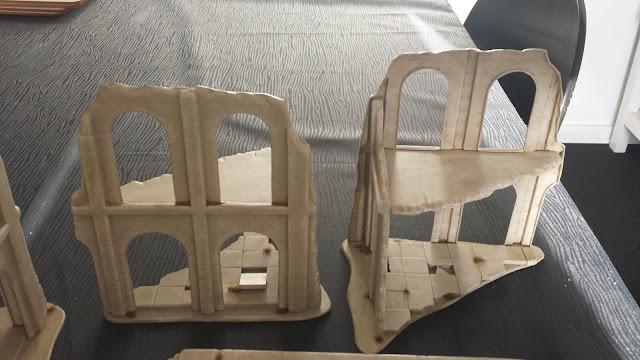 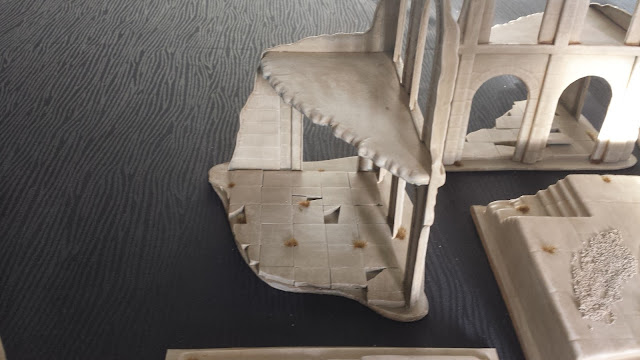